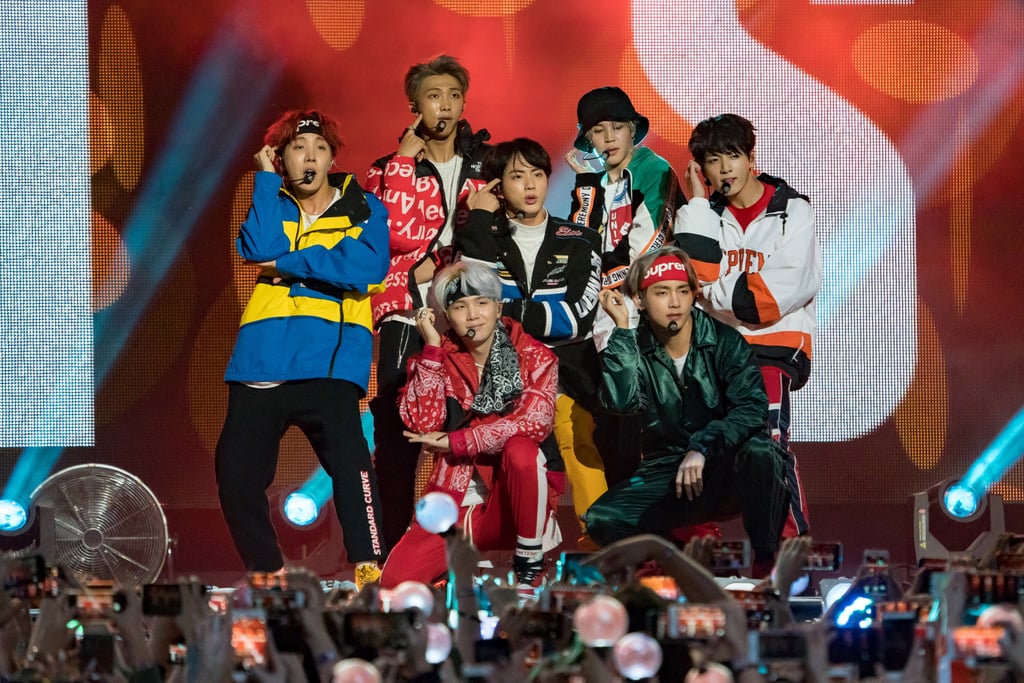 Who Are the BTS Members Dating? We've Rounded Up All of Their Rumoured Romances

Fact: All seven BTS members are as sexy as they are talented, and if you've ever speculated about the members' relationship statuses, you're definitely not alone. After all, ever since this K-pop boy group debuted in 2013, none of its members have ever come out to the public with a relationship. While you might assume that's because they're too busy to date, this is likely also due to a common practice in the South Korean pop music industry, which keeps members of boy and girl bands from dating publicly in order to protect their careers.

But don't you worry — the BTS members don't seem to be too lonely. On the red carpet for the 2017 American Music Awards, when an interviewer asked the group whether they were looking for girlfriends, leader RM was quick to say their fandom gives them more than enough love. "We've got ARMYs," he said, referencing their fan base, Adorable Representative MC For Youth. "We've got thousands of girlfriends here in this arena." Of course, their purportedly single statuses haven't kept fans from speculating, and you can read on to see all the lucky ladies the boys of BTS have been linked to in the past.

Related:
These Sexy Pics of BTS Will Have You Singing, "Oh My My My"
Previous Next Start Slideshow
BTSCelebrity FactsCelebrity Couples

Celebrity Instagrams
Gwen Stefani and Blake Shelton May Be an Unlikely Pair, but Their PDA Speaks Volumes
by Britt Stephens 10 hours ago