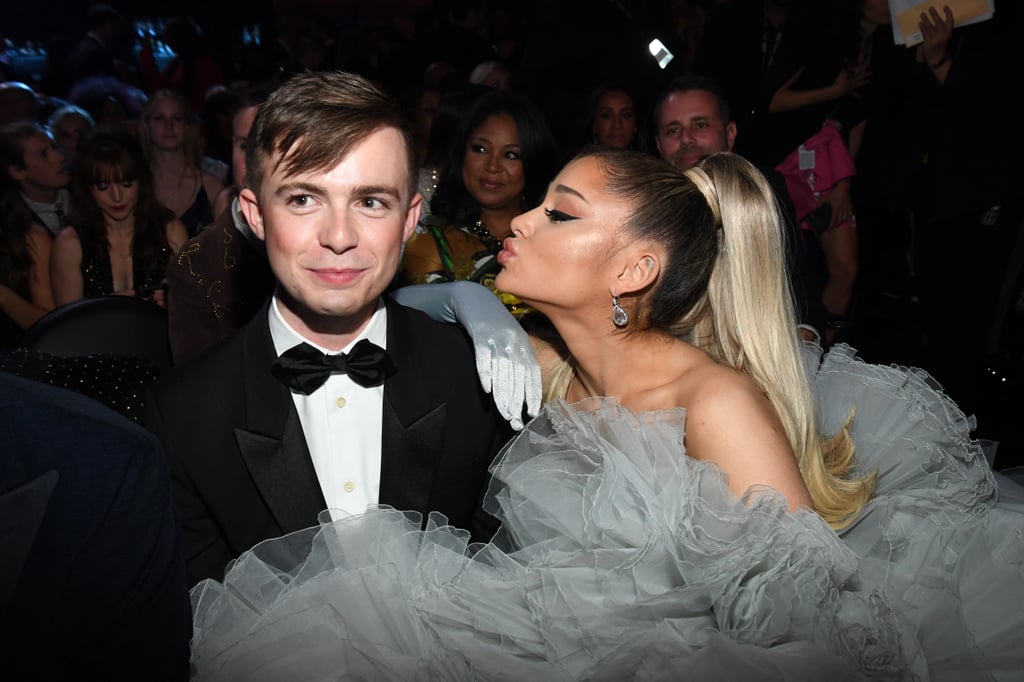 We're So Into Ariana Grande's Friendship With Her Grammys Date, Doug Middlebrook

If you're wondering about the mystery man who accompanied Ariana Grande to the 2020 Grammys, we're here to let you know that he's not a new boyfriend. As well as her parents, Ari brought her longtime BFF Doug Middlebrook along with her for support on the big night (and to see her incredible performance). If you frequent the singer's Instagram, then you probably recognise him, as he's been appearing in her photos for years. Believe it or not, you might also recognise his voice, too — Doug is the voice on Ari's "In My Head" who offers her some tough love in what sounds like a voice recording in the very beginning of the track.

When asked by fans on Twitter about her decision to include Doug on the song, Ari explained that Doug's been with her through hard times, so she wanted to give her bestie a "musical hug." And FYI, the two aren't just besties — the 24-year-old tour and production manager also works as Ariana's tour director. According to Medium, Doug works with Ari both in the studio and on tour, and he helped coordinate her Dangerous Woman tour. Doug regularly collaborates with major Broadway stars as well. Check out the gallery for some adorable pics of the BFFs over the years.

Related:
Bow Down! Ariana Grande Showed Up to the Grammys Looking Like a Stormy Cinderella
Previous Next Start Slideshow
Award SeasonAriana GrandeGrammy Awards