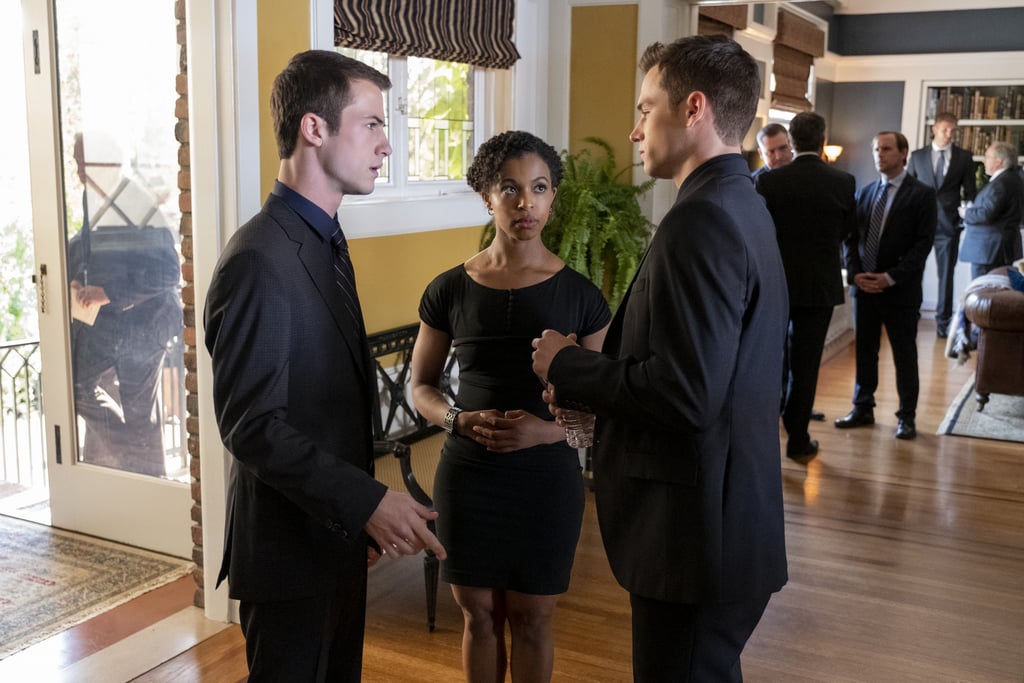 There Are a Lot of WTFs in Season 3 of 13 Reasons Why, and We Have Questions

Warning: So many spoilers ahead for season three of 13 Reasons Why.

Season three of 13 Reasons Why is a doozy. I lost count of how many times I yelled "what the f*ck?" at my TV screen, but I did, in fact, make it to the end of the season. Let me start by saying I truly enjoyed the book 13 Reasons Why and liked the first season of this show. It stuck close to the book and, while controversial, was the story I wanted. I could have done without a season two, which felt forced, or season three, which felt like a completely different story. This season, the Liberty High crew all became suspects in Bryce Walker's murder, until new kid Ani saves the day and gets everyone off scot free.

The show went from painting Bryce as the number one villain to trying to make him seem like a decent guy in the wake of his death this season, which was my biggest head scratcher. The show also introduced a character named Winston who seemed completely innocuous until the final few minutes of the season. Now I'm left wondering if he is going to bring the whole thing down in season four. Because yes, this show is getting a fourth season. I have a lot of lingering questions from this season that I'm hoping Netflix will answer for me in the final season — keep reading to see them all.

Related:
The Soundtrack For 13 Reasons Why Season 3 Features New Songs From Some of Your Faves
Previous Next Start Slideshow
Netflix13 Reasons WhyTV