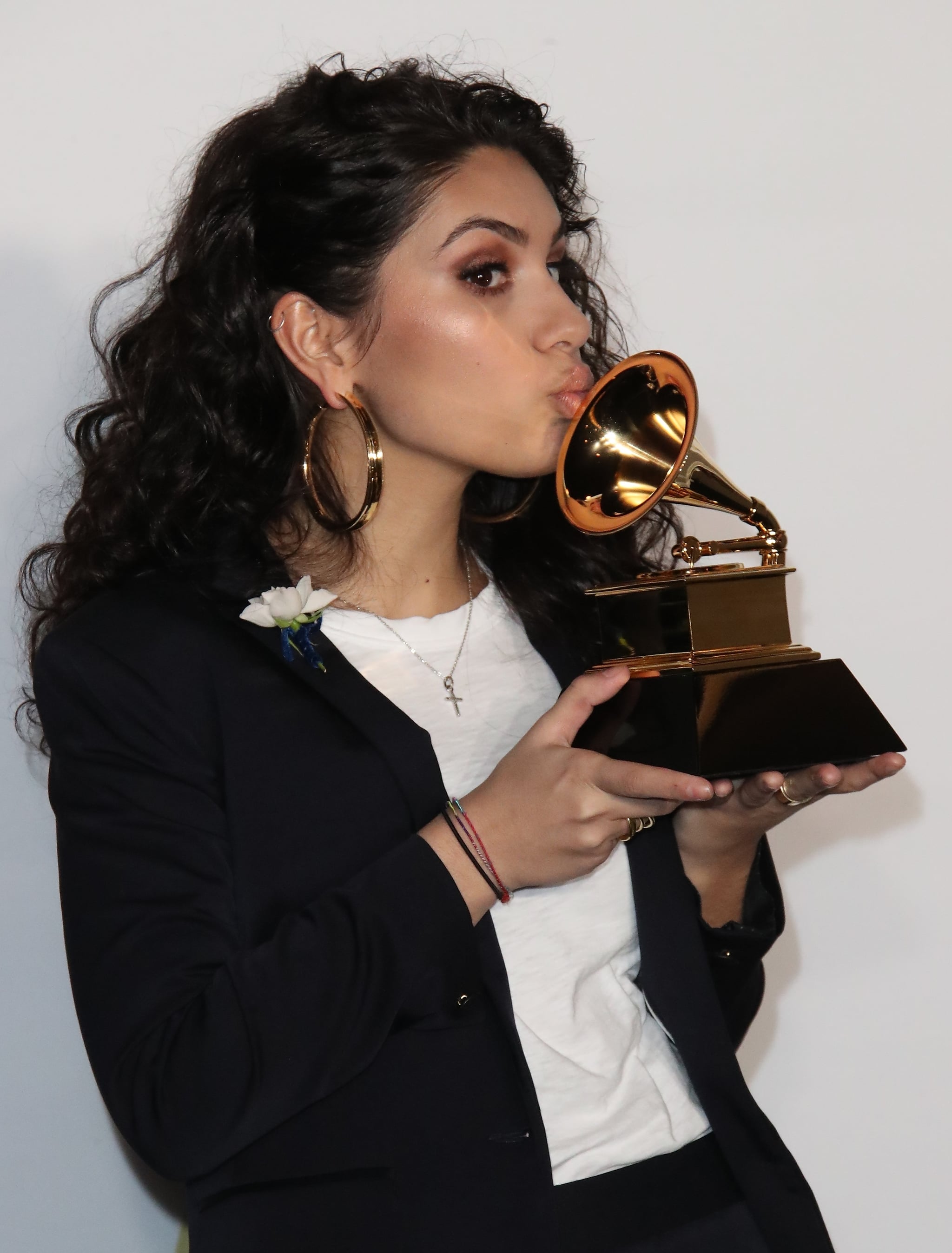 If you want to come for Alessia Cara, go ahead and try, because she has no problem shutting down her haters. After the "1-800-273-8255" singer took home the best new artist trophy at the Grammys on Sunday night, her win was met with shock for a few reasons. In addition to many believing fellow best new artist nominee SZA was robbed, there was a more general sense of confusion about how Cara could have qualified for a "new" artist award to begin with. Although Cara is an incredibly talented vocalist, her first album came out in 2015. Shouldn't the best new artist trophy honor a musician who's actually . . . new?

It turns out the rules for winning this particular category are incredibly complicated. A few years ago, the Grammys website actually released a statement about how the decision process for best new artist goes down, since fans were so confused: "Our Best New Artist category probably has the most complicated set of rules of any of our categories. Essentially, a 'new artist' is defined for the GRAMMY process as any performing artist or established performing group who releases, during the eligibility year, the recording that first establishes the public identity of that artist or established group as a performer."

In other words, the Recording Academy decides when an artist becomes "relevant" enough. It's not up to the musicians themselves. It's that point in particular that Cara wanted to make clear in a recent, passionate Instagram photo that she shared the day after the Grammys.

"To address the apparent backlash regarding winning something I had no control over: I didn't log onto grammy.com and submit myself. that's not how it works," she explained in the lengthy caption. "I didn't ask to be submitted either because there are other artists that deserve the acknowledgment. but I was nominated and won and I am not going to be upset about something I've wanted since I was a kid, not to mention have worked really hard for. I meant everything I said about everyone deserving the same shot. There is a big issue in the industry that perpetuates the idea that an artist's talent and hard work should take a back seat to popularity and numbers."

Cara went on to write about how she realizes her music wasn't "released yesterday," but that she hopes she can use her platform to help level the playing field for fellow artists in the future. Read her caption in full ahead.

J-Hope
BTS Are Taking a Break, but For How Long? Here's When You'll See Them Back on Their Grind
by Michele Mendez 16 hours ago

Celebrity Style
Kim Kardashian Accepts Her Fashion Icon Award in Balenciaga and Big Sunglasses — What Else?
by Sarah Wasilak 1 day ago