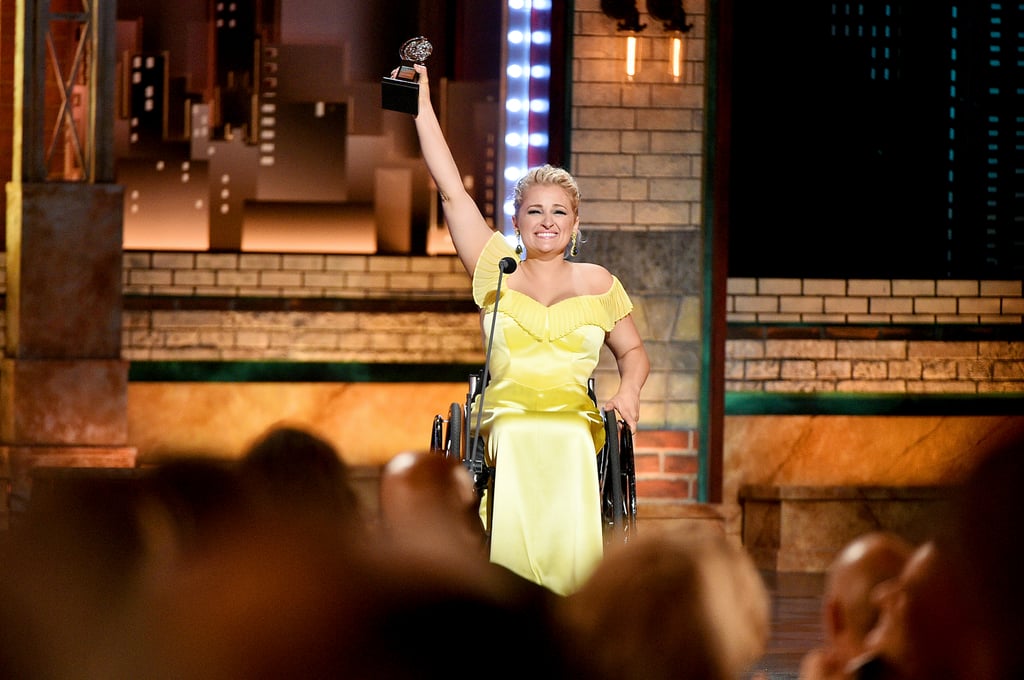 Ali Stroker made history as the first actor in a wheelchair to be nominated and win a Tony Award when she took home best featured actress in a musical for her role as Ado Annie Carnes in the Oklahoma! musical revival. During the award show on Sunday, the 31-year-old took a moment to talk about the importance of representation when she accepted her award on stage. "This award is for every kid who is watching tonight who has a disability, a limitation, a challenge, who has been waiting to see themselves represented in this arena. You are," she said.

The actress got her start on the competition show The Glee Project in 2012, and later guest-starred on season four of Glee. In 2015, she became the first actor in a wheelchair in Broadway history when she originated the role of Anna in the revival of Spring Awakening. Congrats to Stroker on her monumental award!

Award Season
Ahh! Michelle Obama Just Made a Surprise Appearance at the BRIT Awards
by Monica Sisavat 12 hours ago 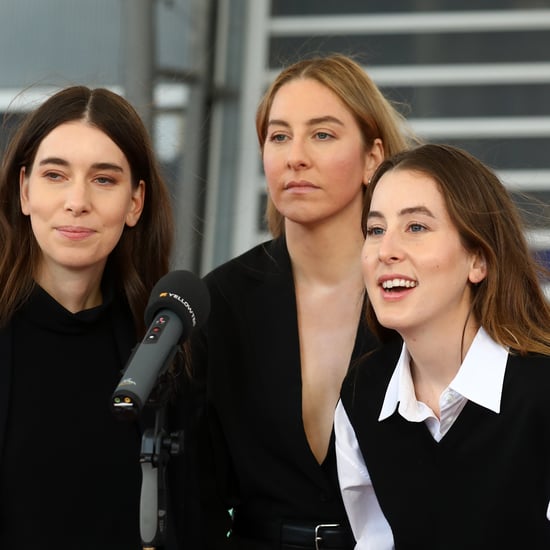 Award Season
Haim Just Sang Craig David at the BRIT Awards, and We're Both Impressed and Confused
by Navi Ahluwalia 14 hours ago