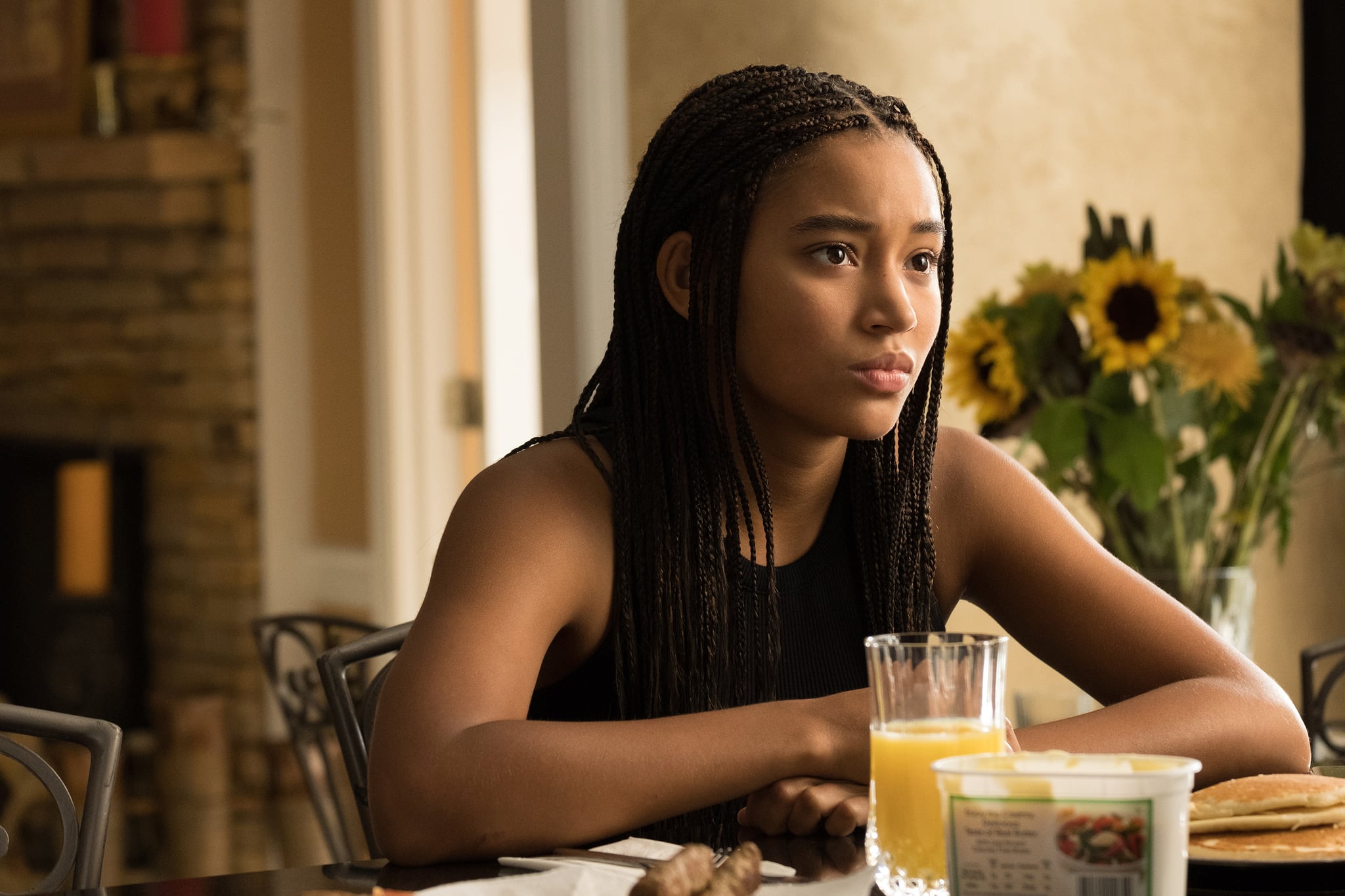 Angie Thomas's 2017 bestselling novel The Hate U Give tells the story of 16-year-old Starr Carter, a high school student who lives a double life that all comes crashing down after her childhood friend is killed by a police officer in front of her. The movie adaptation features an all-star cast, with actress Amandla Stenberg portraying the budding activist. The 19-year-old actress gives a stunningly riveting performance as Starr, a role that she seems born to play. In a way, she was.

"Man, everything about her resonated with me," Stenberg told POPSUGAR, with a laugh. "I had a really similar experience to Starr growing up, in terms of attending a school that was mostly white and privileged and pretty homogeneous in terms of the mentality and culture. But then I lived across town in a neighbourhood that was black and lower income. And I was exposed to a completely different culture there."

"I felt like I had never seen myself represented in a way that was honest and candid and depicted all the facets of self that we experience as women of colour."

Like Starr, Stenberg learned to code-switch to be more easily accepted and avoid being seen as "street" by her classmates. As Starr notes in the novel, using slang makes her white classmates feel cool, but if she did the same, they would consider her as being from the hood. Back in her hometown of Garden Heights, the fact that Starr even attends a school like Williamson Prep makes her an "other" and causes people to treat her as an outcast. Because of this, Starr never really feels like her authentic self in either situation.

The censorship of self that comes along with the act of code-switching is one that many can relate to, Stenberg included. Most everyone code-switches, though it's more notable in the black community and often discussed in the context of black experiences. As The Hate U Give depicts, for black people, the act of code-switching comes with the struggle to be accepted in all the spaces that they occupy and frequently face oppression in.

Related:
Hip-Hop Heads Will Love Where Angie Thomas Drew Inspiration For The Hate U Give's Title

"I think it's completely understandable that someone who's having to fit into a space where they don't get to see anyone who looks like them would feel the necessity to code-switch," the actress said. "[In life] I think just honouring the authenticity and the ability to be multifaceted is really important. And it's strange because I think that even within the black community, we have a tendency to judge blackness when it falls outside the parameters of what we've conceived of as the right type of blackness." 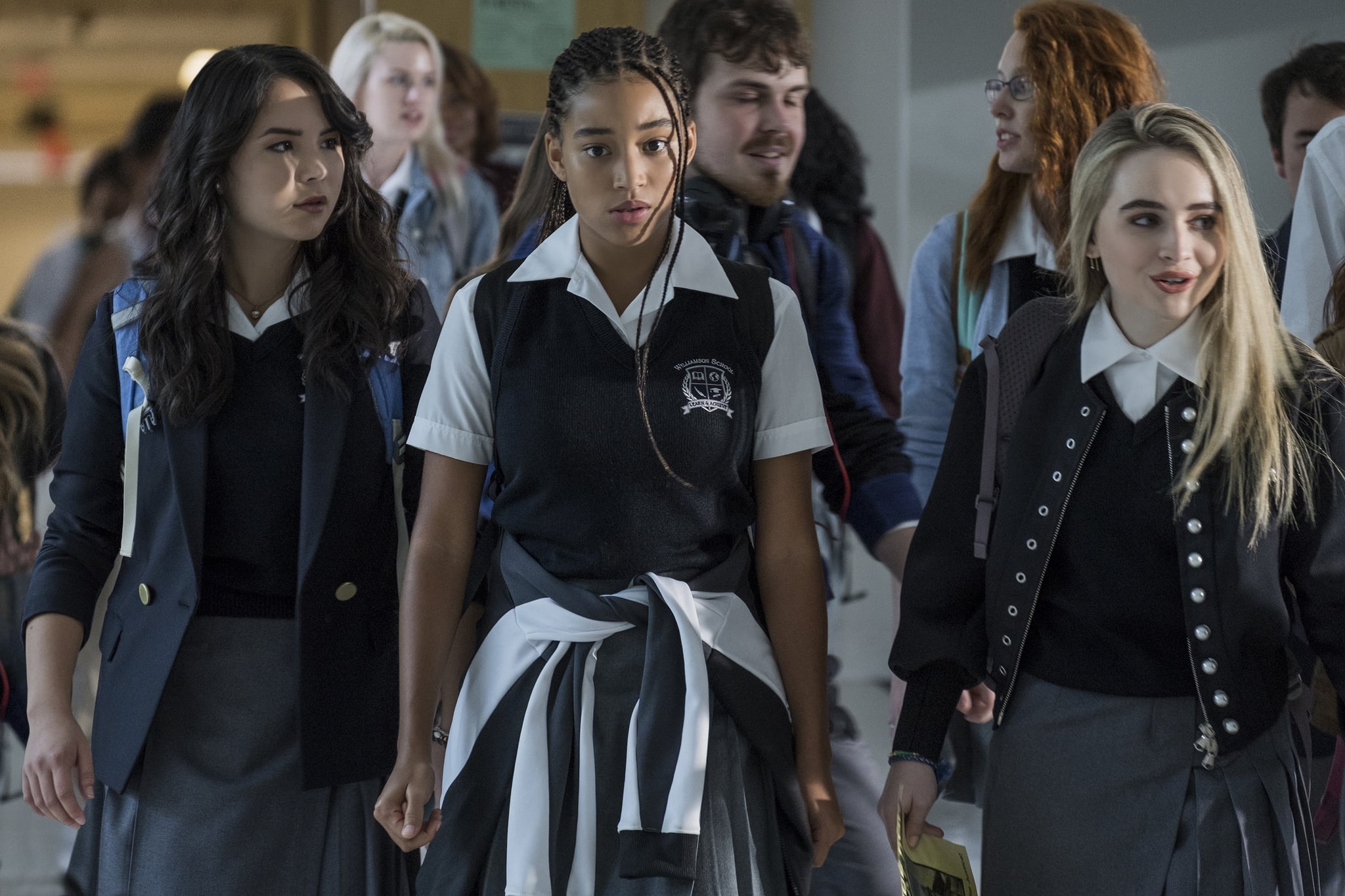 The novel's authentic depiction of a young black woman struggling to come into her own while trying to find where she belongs is a huge part of why Stenberg was drawn to the role. "I think it's not often that we, as women of colour, are afforded such colourful and multidimensional depictions of ourselves," she explained. "I felt like I had never seen myself represented in a way that was honest and candid and depicted all the facets of self that we experience as women of colour who often have to code-switch in our contemporary world. And so I felt so validated by that and so empowered by it."

However, that wasn't the only draw for the actress. "Of course, the story itself explores a topic that is really politically relevant and very personally sensitive for so many and did it in a way that afforded us, as a community, so much humanity and actually allowed us the space to provide our perspective. So that blew my mind [laughs]."

Ultimately the actress hopes that everyone, including and especially young black women, check out the film and feel the same way she did while working on it. Her hope is that the movie assures them that it's okay to have that duality; that everyone should take the time to be patient in understanding their identity, and recognise that identity is always subjective to environment.

Related:
The Hate U Give Film Is a Faithful Retelling of the Novel With a Few Key Differences

"I hope black girls see this film because it's for them. It's supposed to be a space for them to feel seen and heard. To process. To be understood," she said. "I hope they walk away with the reaffirmation that their voices matter and are important. That everyone else is going to try to police their voice so they shouldn't let anyone else convince them to police their own voice. I hope that when it comes to those who don't understand the weight of these events and how pervasive they are within the young community, or it's something that they have grown up with certain misconceptions or stereotypes around, I hope that they're able to break those down and see us as human and understand that these events are political, but they're also incredibly personal."

She added one final, powerful wish for the film: "I hope that the racist pieces of sh*t who continuously demonise and criminalise blackness, especially our black boys, see it and are confronted with the reality of our humanity."