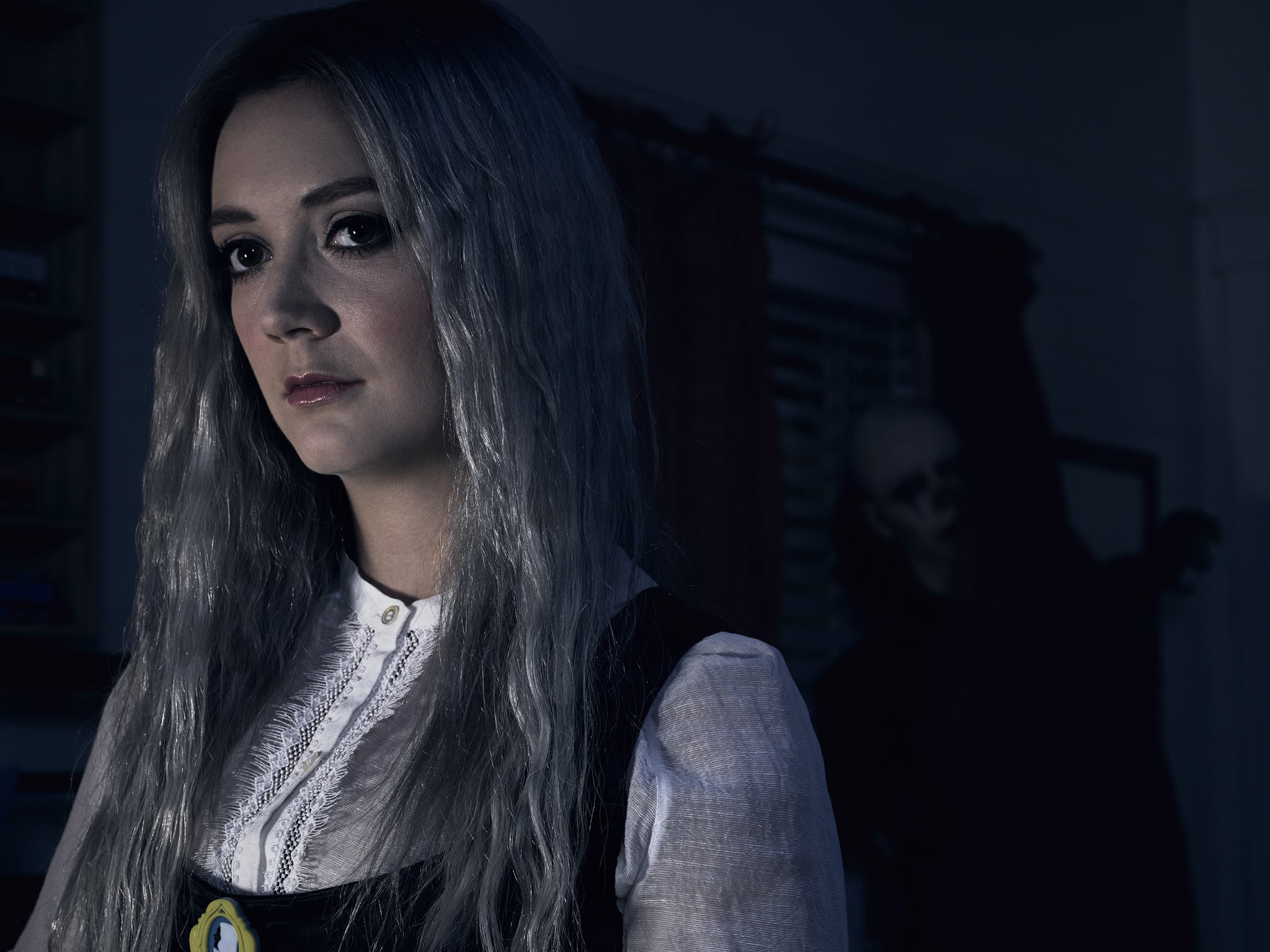 Surprise, surprise: American Horror Story: Cult ended months ago, and we only have mere crumbs of information about the show's eighth installment. As AHS fans, we all know the drill. It could be quite a while before we get any exciting information about the next chapter. Or, you know, we could learn every minute detail tomorrow. But we're not ones to sit on our hands and see how the dice fall. So far, we have one major hint about the setting: we're heading to the future. Later, he revealed that we're not going too far ahead, more like 10 or 20 years. "The near-distant future. It's a projection story," he said. Frankly, that's all we need to run full speed ahead. Here are our best theories, keeping that time jump in mind.

1. A Bleak Focus on Advanced Technology

While it does seem like the Netflix show has tapped into just about every tech nightmare under the sun, I have faith that Ryan Murphy could still imbue the subject his own unique, f*cked up vision. And the whole "near future" thing works just fine. After all, some episodes of Black Mirror feel like they could easily take place in the next five or so years.

We've seen it time and time again, especially in young adult literature: stories that fling us far, far into the future to show what happens after modern society implodes. In many cases, we see a new, ominous civilization that has risen from the ashes. In The Hunger Games, it's Panem. In Divergent, it's the ruins of Chicago. The list goes on.

While American Horror Story's new season purportedly takes place in the "near" future, this could still be a possibility. I mean, if a nuclear apocalypse were to theoretically happen in the fictional 2018 universe of AHS, we could see a dystopian narrative set in 2019. Or 2020. Or 2021. Don't rule it out!

3. A Reckoning With an "Old World" Evil

One of the most fascinating things in horror is watching some kind of ancient entity wreak havoc in modern times. The Exorcist foists a biblical demon on a young girl in the 20th century. In The Conjuring, an old colonial witch terrorizes a family in '70s suburbia. There's something fascinating about that combination: people of a present era trying to figure out something that precedes our societal knowledge. So many stories of ghosts, ghouls, curses, possessions, and other mythological creatures use this model.

As Ryan Murphy moves into the future, he has a perfect opportunity to dig even farther into the past. I could see this going a lot of ways: our only experience with possession was a season two subplot, so that could be fun. Maybe we can venture into some ancient ruins, because that's always a good scare. Or, you know, Ryan Murphy comes up with all kinds of f*cked up creatures. Let's get some more!

Related:
One of the Oldest American Horror Story Theories Might Be Legit

4. A Return to More Focused Storytelling

If we're only going to the near future, maybe we're thinking too big. Forget the dystopias. Forget the nuclear apocalypse. Maybe we need to focus. After all, this isn't a horror story about the world or society at large. This is a horror story set in America. While Cult is a bit more large-scale when it comes to point of view, the other seasons have been much more intimate: a haunted house, an asylum, a school for witches, a circus of freaks, a hotel, a long-dead colony . . . perhaps Ryan Murphy is shooting for simplicity.

If this is the case, we might look toward a recent clue: one episode of Cult seemed to focus rather intently on Butte, Montana. If AHS returns to true, small-town horror, I'd be 100% here for it.

While aliens are a subplot in season two's Asylum, we haven't had a dedicated season about extraterrestrial beings. This would set the stage to explore a "futuristic" theme, since aliens and advanced technology go hand-in-hand. Plus, there are plenty of ways to craft a terrifying narrative about aliens. Sure, there are abductions and experiments and disappearances, but there are also huge government conspiracies and notable cover-ups to think about as well. It begets a season about mystery, myth, and extreme paranoia.