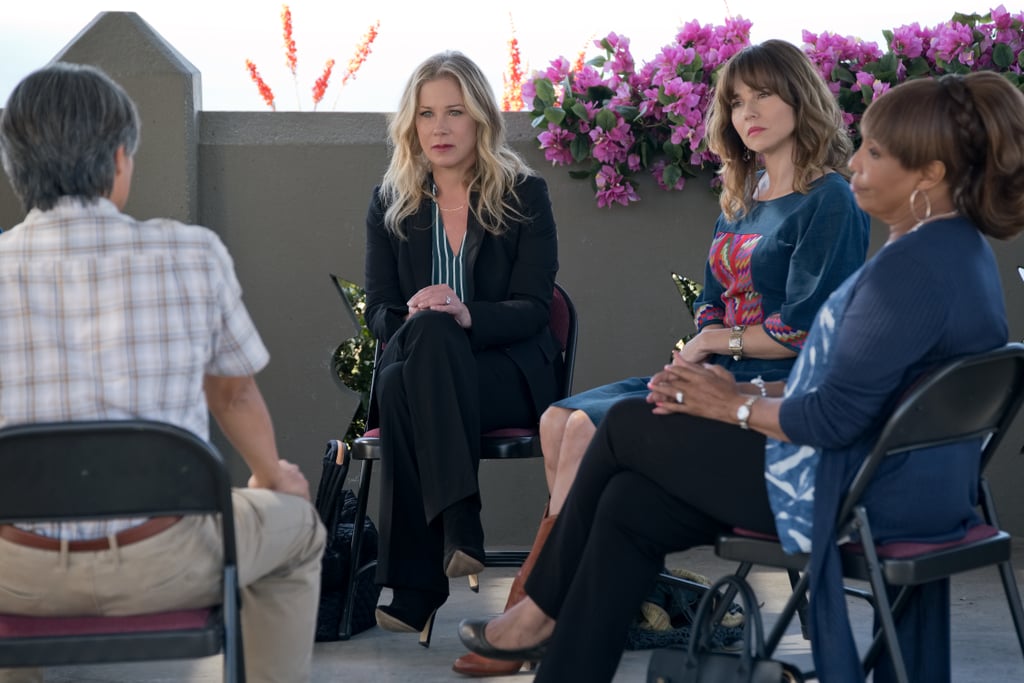 Wait, Did You Catch This Subtle Anchorman Easter Egg in Dead to Me?

First of all, if you haven't watched Dead to Me, please add it to your list immediately because it's phenomenal and the episodes are only 30 minutes long. Second of all, did you know that Will Ferrell is one of the executive producers? And third, that Will Ferrell connection could explain a hilarious Anchorman Easter egg you might have missed.

In episode eight, when Jen begins her rage-filled quest to find every registered owner of a '66 Mustang in Orange County and ends up at Andrew the douchebag's house, she comments on his wooden art. He says, "Made that myself. It's mahogany." As Jen touches it, she responds, "Hm. That's a quality wood." Andrew has a mustache, is drinking scotch in the middle of the day, and mentions mahogany — Ron Burgundy vibes, anyone?

If you recall, Will Ferrell's Ron Burgundy tries to seduce Veronica Corningstone, played by Christina Applegate, but ends up rambling about his "many leather-bound books" and how his apartment "smells of rich mahogany." Andrew in Dead to Me has a similar cringey demeanour and ultimately tries and fails to seduce Christina Applegate's character in his Mustang but fails because "no means motherf*cking no." Oh, and Ron Burgundy had a Mustang.

While this throwback to Anchorman hasn't been publicly confirmed by anyone on the show, some viewers and eagle-eyed Redditors couldn't help but notice it. Refresh your memory with the spot-on parallels ahead.

Related:
Christina Applegate Has an Incredibly Personal Connection to Her Dead to Me Character
0
previous images
-24
more images
Previous Next Start Slideshow
Dead To MeChristina ApplegateWill FerrellTV
Around The Web