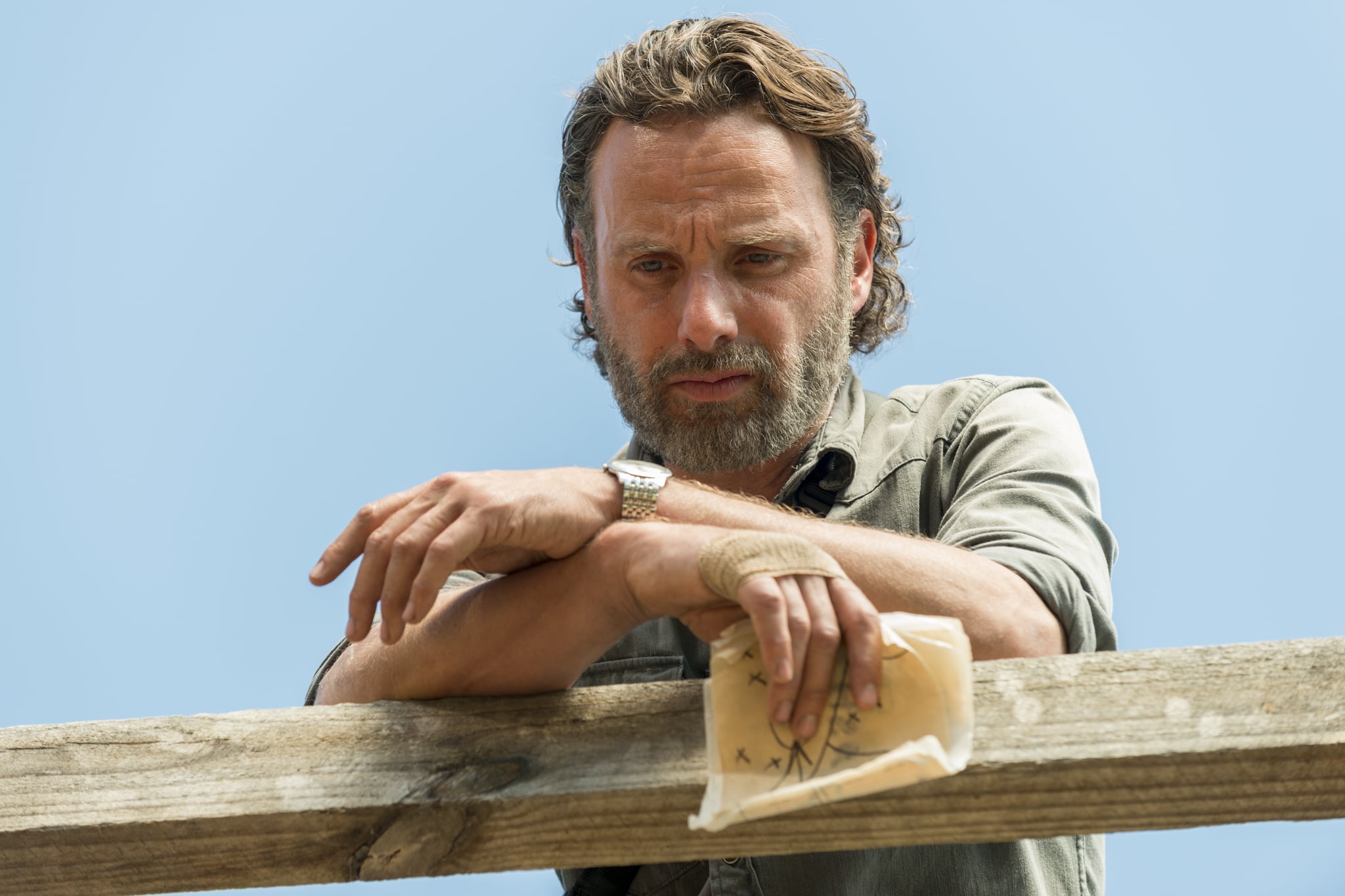 We've only just gone through another gut-wrenching death on The Walking Dead (miss you already, Carl Grimes), but as we've learned the hard way in the past few seasons, no one is safe in this apocalyptic zombie nightmare. In spite of the fact that this weekend's midseason premiere was largely focused on the death of Rick's son, it ends on a rather ominous note. Ever since the beginning of season eight, we've seen small glimpses of Rick at an unknown time in an unknown place. Now, we know he's leaning against a tree, and he may be seriously injured.

In the wake of Sunday night's episode, actor Andrew Lincoln discussed the moment in question during a new interview with The Hollywood Reporter. Frankly, we were looking for some comfort or assurance that Rick would be just fine, but now all we have are more questions and more worries. In response to the harrowing final shot of the episode, Lincoln said, "I can't really say anything about that, apart from it doesn't look good, does it?" It's a typical cagey answer that's meant to keep things vague, we're aware. But as the interview goes on, you can't help but get the feeling that something big is coming. 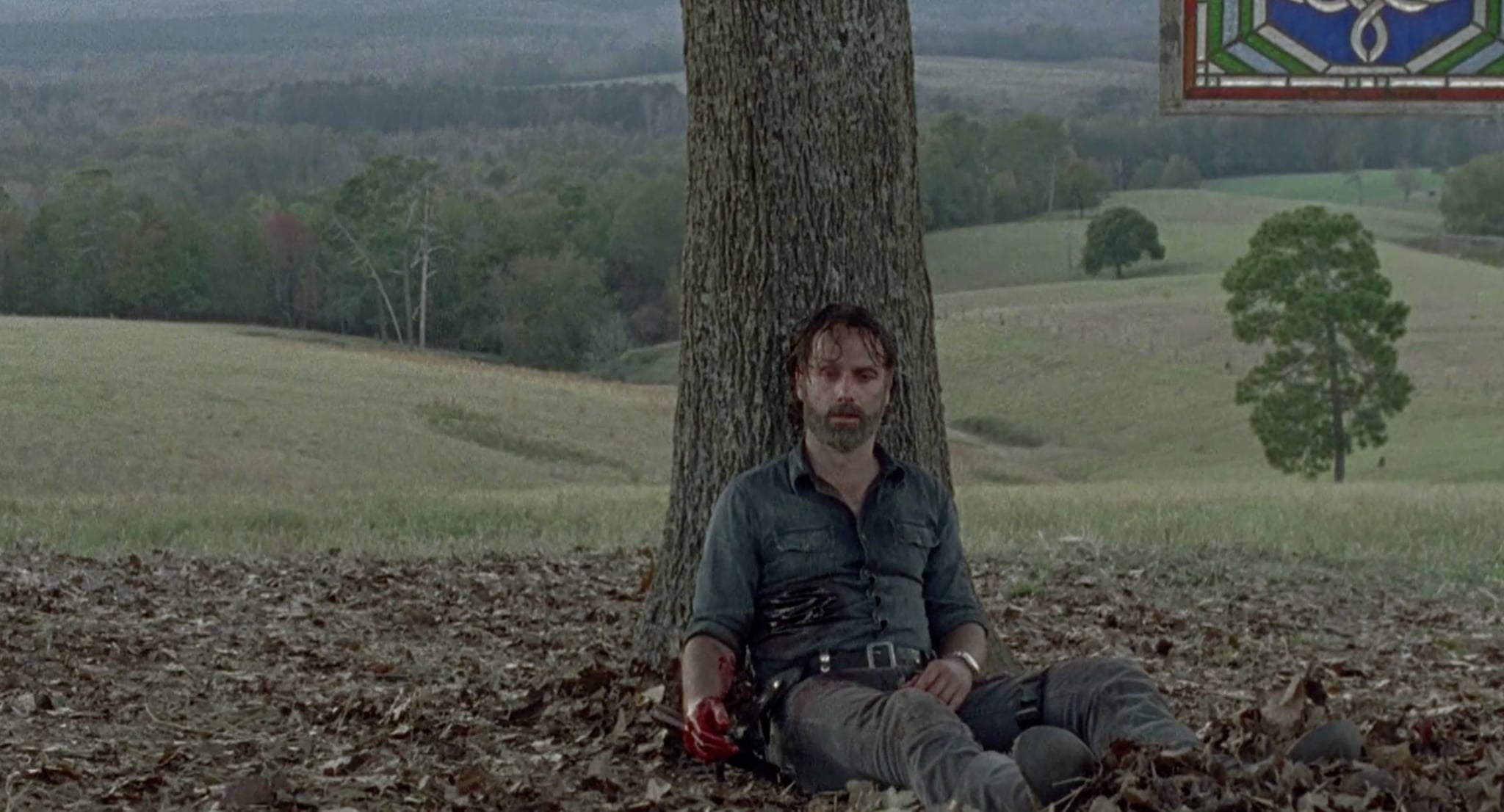 As the interview progresses, it really turns into a "the lady doth protest too much" situation, or perhaps more accurately, "the lady doth deflect questions too much." When asked if Rick is gravely injured, perhaps even bitten by a walker in this scene, he says, "That's what it looks like." And when it comes to his future in the show, "I'm not at liberty to say! I don't want to be disingenuous. But, for the sake of these back eight [episodes] . . . I wouldn't want to give too much away because the back eight is interesting and an emotional trajectory for Rick, Michonne, and the family."

I know what you're thinking: none of this really makes it seem like Rick is in danger. But there's something else to take into consideration: creator Robert Kirkman has said that Rick will die at some point in the comic books, which could spell his end on the show. Plus, given the fact that Carl dies on the show in spite of many future storylines in the comics, it means any character could feasibly die at any point. When faced with Rick's harrowing mystery moment and this information, Lincoln admitted, "I was very worried! Especially when we did the makeup test and I said, 'He looks like he's lost quite a bit of blood. Do we want him to be this white?! Can we make him look like he's got a pint of blood in his body?!'"

The bottom line is this: no one is safe on The Walking Dead, now more than ever. Rick is clearly in a tough spot as we move forward into the back half of season eight. We just hope he's got a bit more fight in him to keep going.