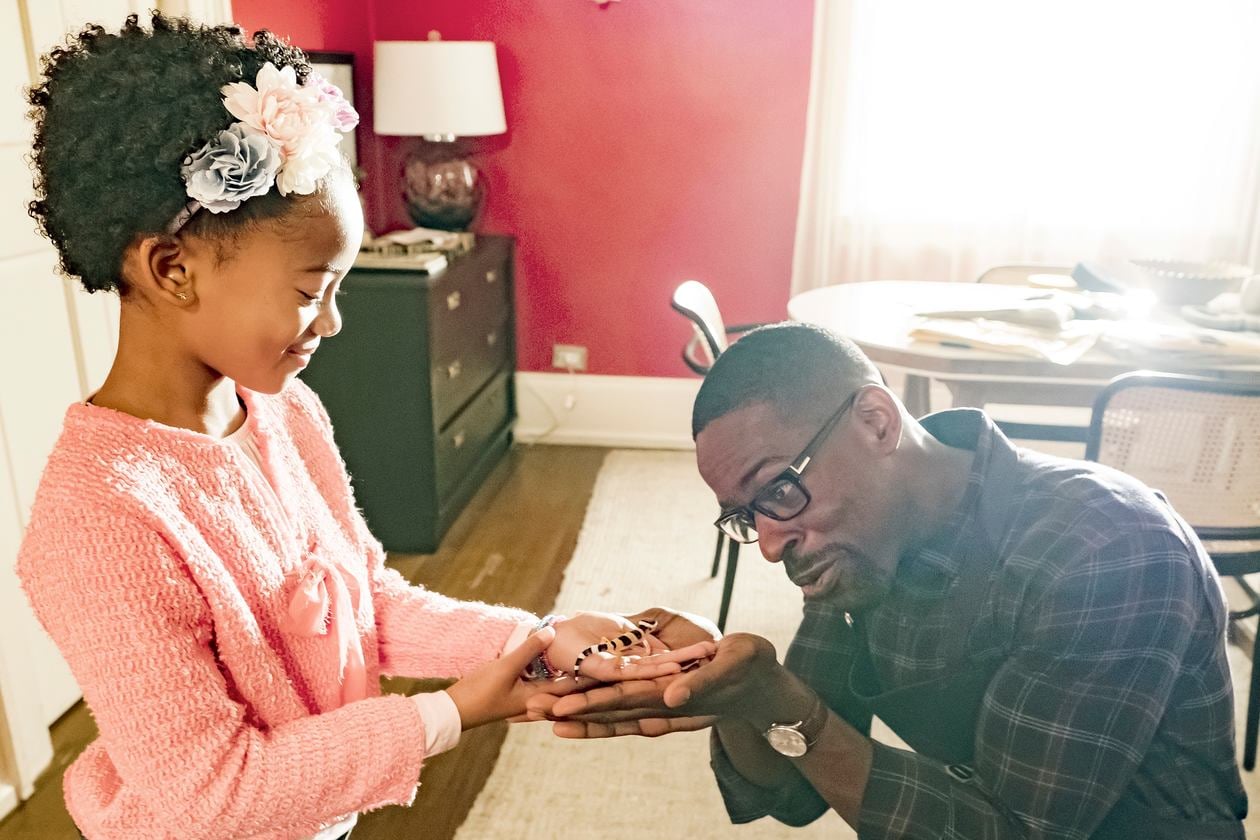 This Is Us has always loved its mysteries and surprising twists. Ever since last season's finale, the big question on everyone's mind has been the identity of "her," someone who Randall and Tess are going to visit in the future, with some complicated emotions. So far, the most likely candidates have been Rebecca, Beth, or Kate, and the latter theory only gained more credence when it was revealed that Toby, too, is involved in "her" storyline and that "she" wants to see him. Reddit user twenty42, however, has a much different idea about how it all might pan out.

Up to this point, we've all been assuming that, whoever "she" is, she's being visited in a hospital under some sort of grave circumstances. This theory, though, looks at other places that family members might be reluctant to visit — namely, a prison. According to this idea, it's Beth and Randall's daughter Annie who is being visited in the flash-forward scenes. It's not entirely implausible: as many people know, addictions can run in families, and two of Annie's biological grandparents (that is, Randall's biological parents) were addicts. This also would explain why Randall and Tess are the ones visiting, as opposed to other family members.

It's also possible, of course, that Annie is one "her" but not the only one. Randall and Tess are visiting a "her," and we hear that a "she" would want to see Toby — but we're jumping to assumptions that they're the same person. This theory expands on that possibility, suggesting that the "her" Randall and Tess are visiting is Annie, but the "her" who would want Toby to be there is Kate, who is leaning on him for support or encourageing him to stay part of their family circle.

In some ways, the out-of-left-field nature of this theory actually helps it rather than hurts it, given how This Is Us tends to lead us down one path to start with and then veer hard right. For instance, the show seemed to be heavily hinting that Jack's death was connected to alcoholism, or, later, that he wasn't going to make it out of their burning house. Instead, it turned out to be something as heartbreakingly mundane as untreated smoke inhalation. By these standards, we should be looking away from the obvious candidates like Kate and Beth and away from the obvious cause like a health crisis. If that turns out to be true, then this wild theory just might not be so wild after all.

Netflix
The Campaign to Get Cardi B on You Is Getting Serious, and Penn Badgley Has Now Weighed In
by Kelsey Garcia 2 hours ago