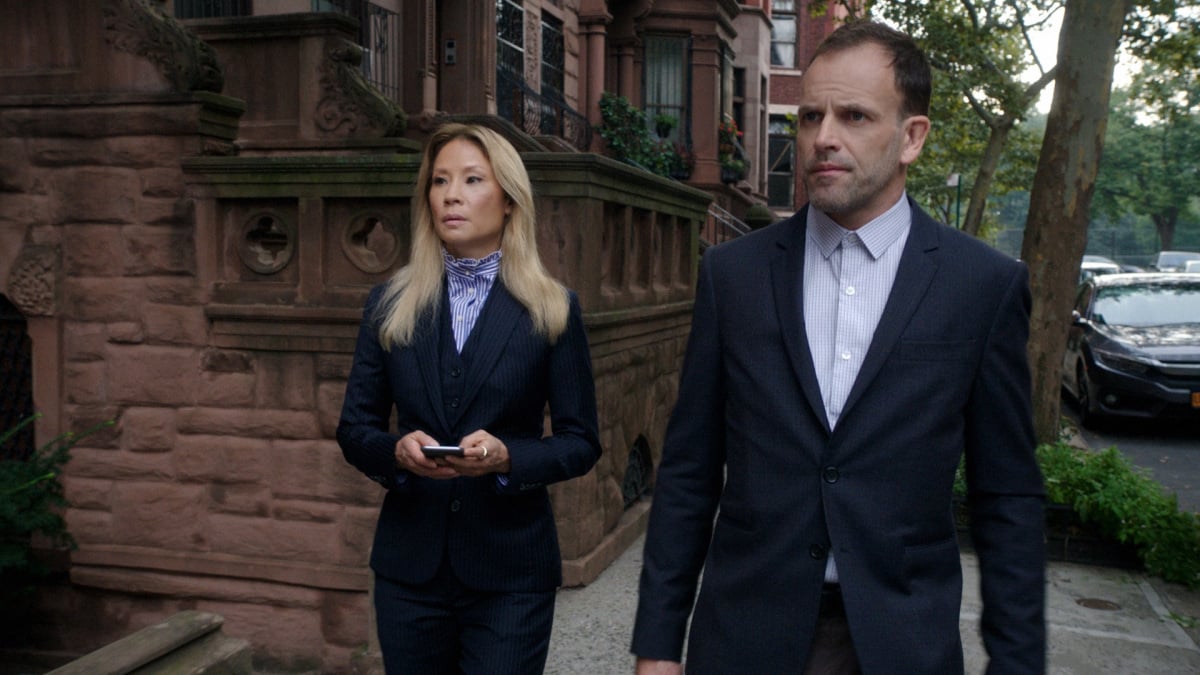 What set Elementary, the just-ended Sherlock Holmes adaptation, apart? That's easy: its platonic leading duo. In the majority of fiction, it's hard to create a compelling emotional core relationship that isn't either familial or romantic, but Elementary managed to not only do it, but do it brilliantly. It all comes down to its central thesis: that platonic love is every bit as valuable as other kinds of love.

The Holmes and Watson mythos is, of course, one of the most famous buddy duos in the history of fiction. What sets Elementary apart — from its Holmes predecessors and from other contemporary fictional tales — is that its leading duo could be romantic, but simply aren't. It's not as in the original stories (or the popular BBC adaptation Sherlock, or the Robert Downey Jr. movie series), where Holmes and Watson never could be romantically involved because they're both straight men. This Holmes is a heterosexual man and this Watson is a heterosexual woman. There's no incompatible orientations involved here, and, indeed, there are plenty of viewers who would have loved to see their relationship take a romantic turn. But that's not what the characters needed from each other, and it's admirable that Elementary was able to build seven years of character development on that kind of relationship.

In a lot of movies and TV shows, the word "love" is kept for very special purposes, usually with romantic or familial connotations. It's rare to find a set of fictional friends who outright describe their bond as "love," for whatever reasons. Here again, Elementary shrugged off all of those conventions. Holmes and Watson are, as they describe themselves matter-of-factly, "two people who love each other." In the series finale, their friend Gregson openly calls Watson "the one person in the world who you [Sherlock] truly love," and he's not wrong.

When we first meet Sherlock and Joan, they are shells of the characters we expect. Sherlock is a genius (and more than a little bit of a jerk), but also a recovering drug addict whose mystery obsessions are merely a different way of quieting his brain. Joan is a former doctor who's closed off from her profession and the world after a terrible mistake. Over the course of their relationship, both learn to open up, to get the help they need, and to grow into healthier, happier human beings. In most shows, that role in the story would be filled by a love interest, or, in rare cases, maybe a sibling or a parent. Elementary is utterly disinterested in the idea that love interests are the most important part of character arcs; both Sherlock and Joan have had love interests over the years, some ending quietly and some tragically, but they've never had the same impact as that core relationship between them.

As Elementary fades out on Sherlock and Joan one last time, Sherlock calmly tells Joan, "As long as we're together, what does it matter?" It is, indeed, a statement of love. There's no doubt that Sherlock and Joan are soulmates. But in making it clear that these soulmates love each other but are never going to be in love with each other, Elementary left behind a legacy that expands the definition of "true love" and reminds us all that there's no one right way to love someone.