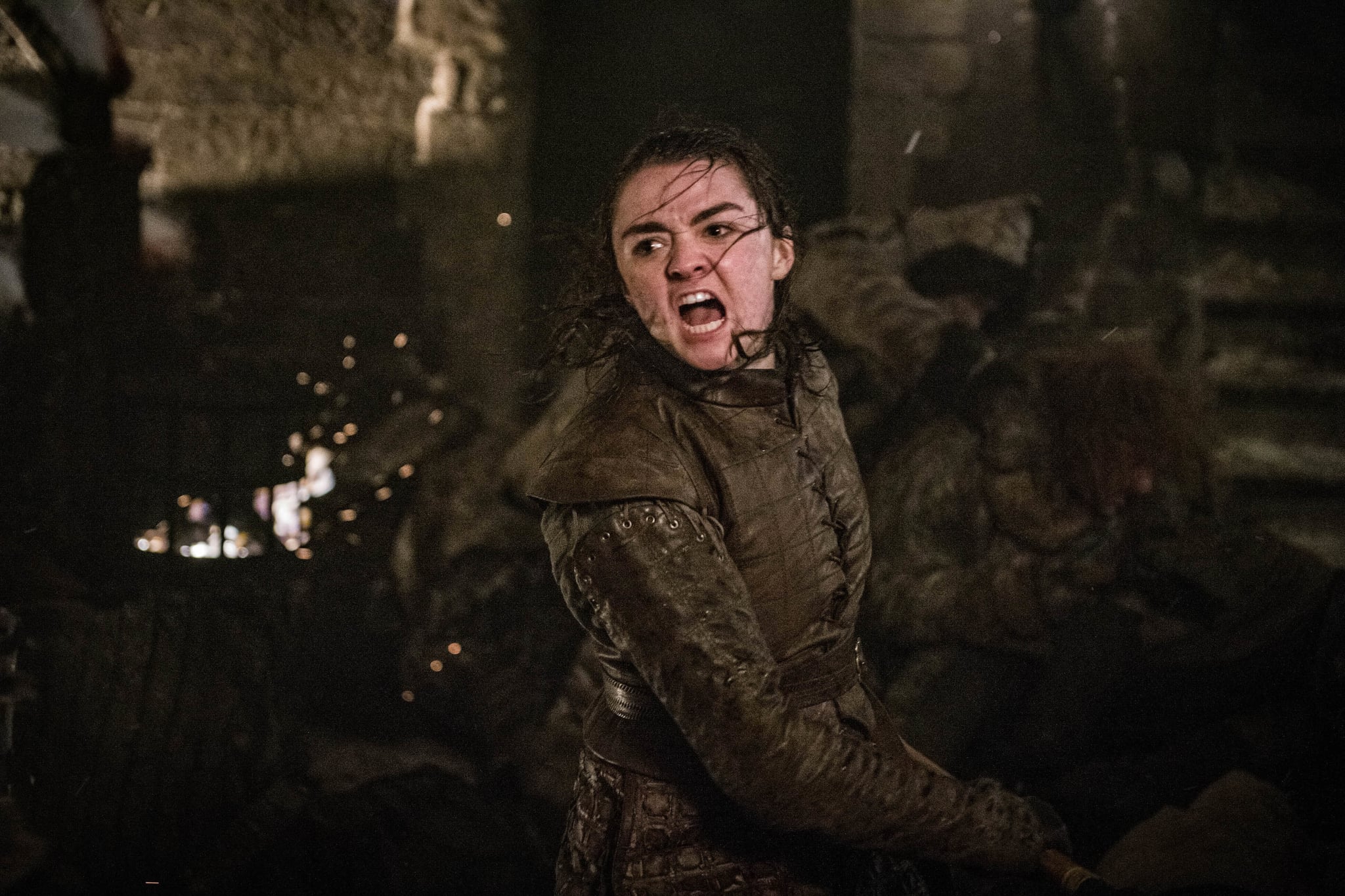 As we creep closer to the series finale of Game of Thrones, there are still plenty of ends that need tying, especially the pesky question of who will live and who will die when it all comes to an end. One character we're keeping a close eye on? The Dragon Queen herself, Daenerys Targaryen. The Breaker of Chains's reign may be over before it even begins, and her demise may not be in the hands of her most obvious enemy, Cersei Lannister, but rather a Northerner who has a way of killing people who seem unstoppable.

There are several factors that point to Daenerys going down a path that she has no way of turning back from. While Cersei definitely takes the crown of "Mad Queen," the recent deaths of Daenerys's second child and her closest friend have broken a piece of the Targaryen that tempered her darker tendencies. On foreign soil and surrounded by allies who don't hold the same affection for her as those from Essos do, Daenerys is obviously lost. All she has is her anger, and the best way she knows how to utilise that is to rain down on her enemies with "fire and blood."

From any perspective, Daenerys's compulsion to react to things with anger and fire makes her dangerous, and it doesn't bode well for her reign as queen. It's that sense of danger that leads to the people around her thinking of her as a Mad Queen, and it's definitely why the Stark women don't trust her even before they meet her. In episode four of season eight, Sansa and Arya confront Jon about his loyalty to Daenerys. While Sansa still doesn't like the fact that Jon bent the knee, Arya is more accepting of that fact. But she still agrees with her older sister, they do not trust Jon's choice of queen. Jon has Bran tell the women about his Targaryen lineage, tired of keeping the secret from his family and hoping they will trust his judgment.

"[He] thinks he can have it both ways; that he can tell Arya and Sansa the truth about who he really is, and he can maintain his loyalty to Dany and everyone's gonna learn to live together," showrunner David Benioff explained during HBO's Inside the Episode aftershow. (Yeah, it doesn't make sense to me either.) We don't see what happens when the Stark women learn the truth, but the next time we see the sisters they're off in different directions. 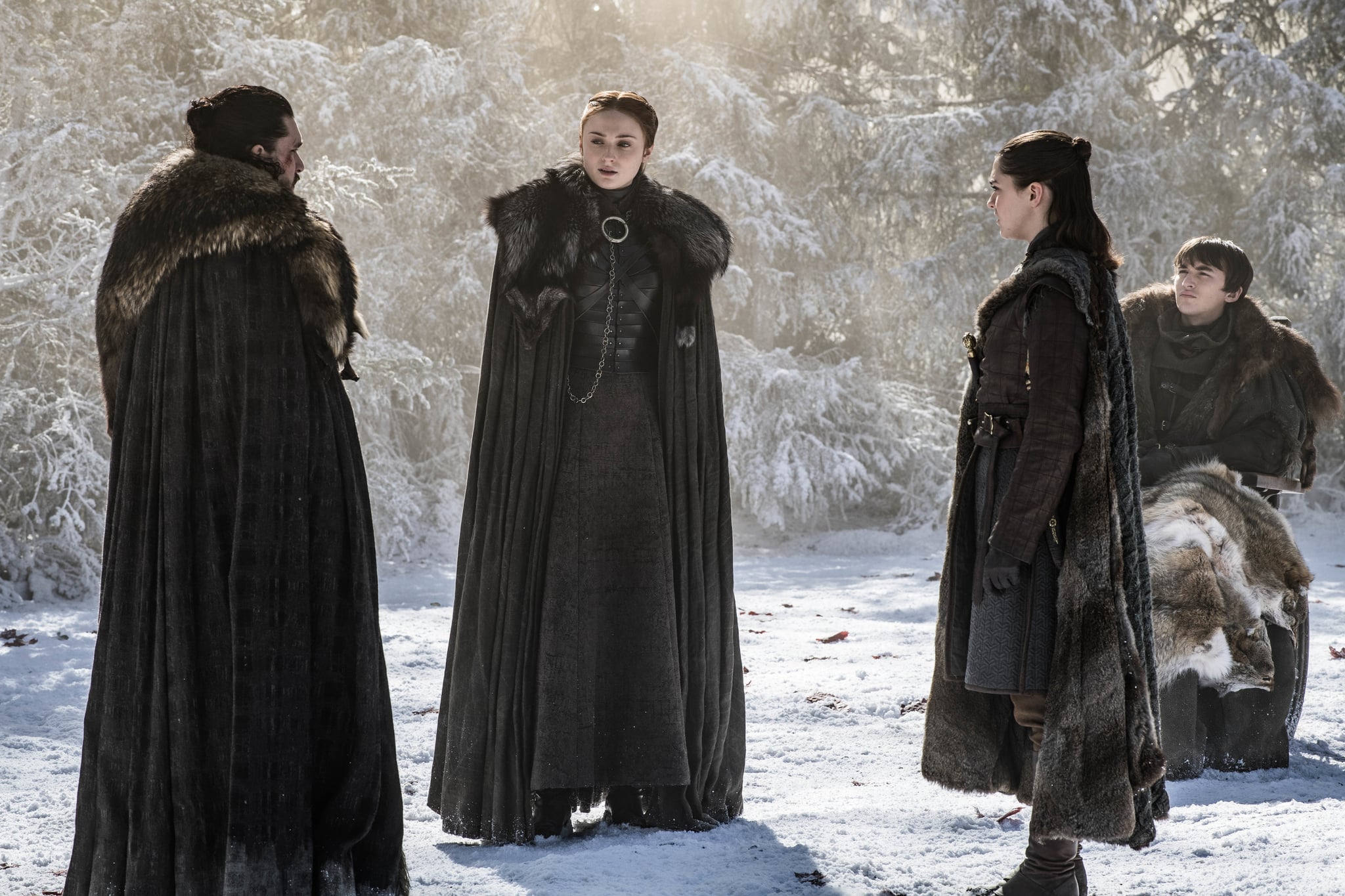 Sansa tells Tyrion about Jon's parentage, knowing that Tyrion will be unable to keep it from Varys and that the information will shake the foundations of Daenerys's support. On the other hand, Arya leaves Winterfell by horse, travelling with the Hound towards the South. Many assume that Arya is heading to kill Cersei since she's still a main priority on Arya's kill list, but what if the Stark sisters are working together to rid themselves of the threat to their home's stability?

As poetic as it would be for Arya to kill Cersei, the blonde queen has a prophecy that needs fulfilling and her demise will be better handled by another. But both Sansa and Arya understand that Jon's claim to the throne makes him a threat to Daenerys and how that could cause the self-proclaimed queen to lash out at him because of it. They also don't want to give up the freedom of their home — which Sansa and Jon basically just gained — to someone who demands total subjection and rules people through fear. It's why Sansa poses the question of "what if there's someone else," to Tyrion, stroking the flames of his uncertainty for his queen.

As Sansa plays the political angle, Arya leaves to take care of Daenerys in order to protect Jon and the rest of the Seven Kingdoms from her rage. With Daenerys planning to burn all of King's Landing and the armies of the North and South ready to come to head to battle, Arya could use her abilities to kill her amid the chaos.

The only downside to this theory is that Arya's actions could get her killed or lead to an estrangement between her and Jon that can never be healed. It could be why she tells the Hound that there's nothing for her in Winterfell anymore, knowing that what she plans to do will either lead to her death or her exile. A sad, but small price to pay for saving the kingdom from the wrath of the Dragon Queen.