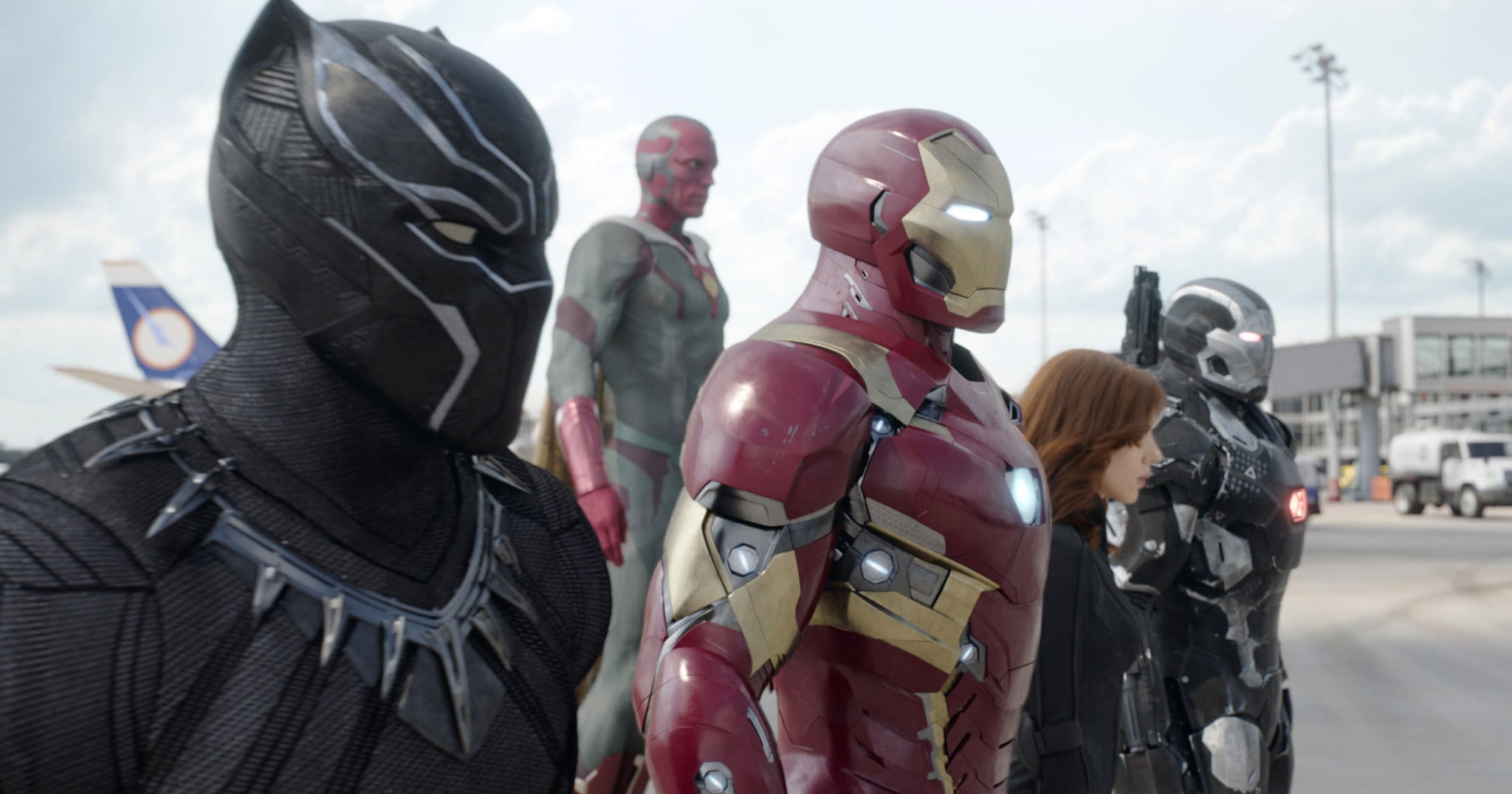 We have so many questions after watching Black Panther, but there's one in particular that we had going into the film: are we about to see some more Avengers?

The short answer is no. The only Avenger we see is Bucky, who makes a surprising appearance in one of the two post-credits scenes. If you recall, Bucky undergoes intense Hydra brainwashing as a Winter Soldier assassin and ends up on the run from the federal government with Cap in Captain America: Civil War. Bucky used to be an on-call soldier activated by Russian trigger words and would kill anyone, no questions asked.

Related:
If Black Panther's Last End Credits Scene Has You a Little Confused, Read This

T'Challa takes a big risk and hides the fugitives in the technologically advanced Kingdom of Wakanda, and Bucky goes into cryogenic suspension — that is, until he wakes up in the post-credits scenes after being disturbed by some children in the village. Shuri, T'Challa's younger sister, receives him like they've known each other prior to his brainwashing by telling him that they have "work to do." In the movie, Shuri, the science buff, can be seen healing bullet wounds, upgrading Panther suits, and whipping up a storm in her lab.

So, it's fair to assume that Shuri found a way to reverse Bucky's brainwashing and will help to fix his metal arm that got shot off after a fight with Iron Man. It's in this scene where we see him introduced as White Wolf; we should prepare ourselves to see a different side of him as he helps defend Wakanda from Thanos and his forces in a future sequel and Avengers: Infinity War.

It's the perfect transition for the next Marvel Cinematic Universe movie.