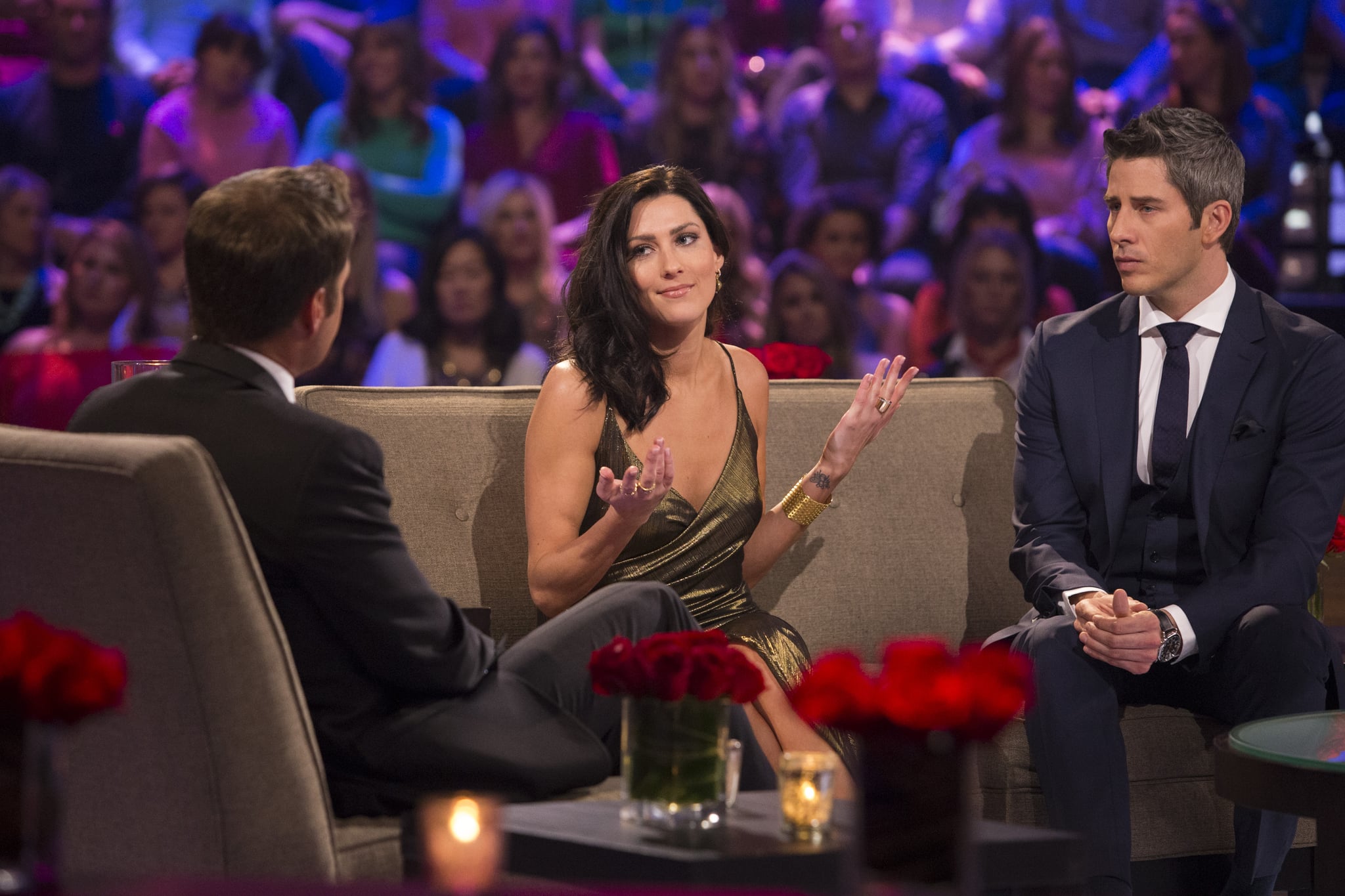 Have you recovered from The Bachelor's emotional rollercoaster of a two-night finale yet? Between Arie Luyendyk Jr.'s cruel on-camera breakup with then-fiancée Becca Kufrin to his eventual proposal on live TV to runner-up Lauren Burnham, it was a lot to take in. A lot. But now that all the drama is starting to cool off, it's time to start looking ahead to the franchise's next big events. Like, the fact Becca will be the next star of The Bachelorette! Oh, and Arie and Lauren are apparently going to televise their wedding.

The happy couple has been doing publicity ever since the finale aired, including some pretty awkward appearances on both Jimmy Kimmel Live and Live With Kelly and Ryan. During a decidedly less-cringey interview with Us Weekly on March 7, Arie and Lauren spilled all the details about their upcoming wedding, noting that they want it to take place at sunset and have "good lighting" and "lots of white flowers." Arie also made it clear that his ex-fiancée, Becca, is not invited.

Related:
Did Arie Give Becca and Lauren the Same Ring? Let's Zoom In, Bachelor Nation

"We've thrown a lot of ideas out there, but I think I would like to have some of my friends from the show there," Lauren said when asked about inviting members of Bachelor Nation to the big event. "I think Arie would too."

Huh. That definitely seems like an event she wouldn't want to go to anyway, but OK. On the off chance she does want to see the ex who smashed her heart into smithereens in front of the entire country tie the knot with someone else, however, Arie also told Us Weekly that they're considering broadcasting their ceremony like other Bachelor contestants have done in the past.

"We talked about maybe doing a TV wedding if that worked in our timeline," Arie said. Lauren chimed in, adding, "We want to get married soon. We've also talked about eloping."

Well, if they do elope, it's safe to say that Becca won't be the officiant. Maybe Chris Harrison can fill in?