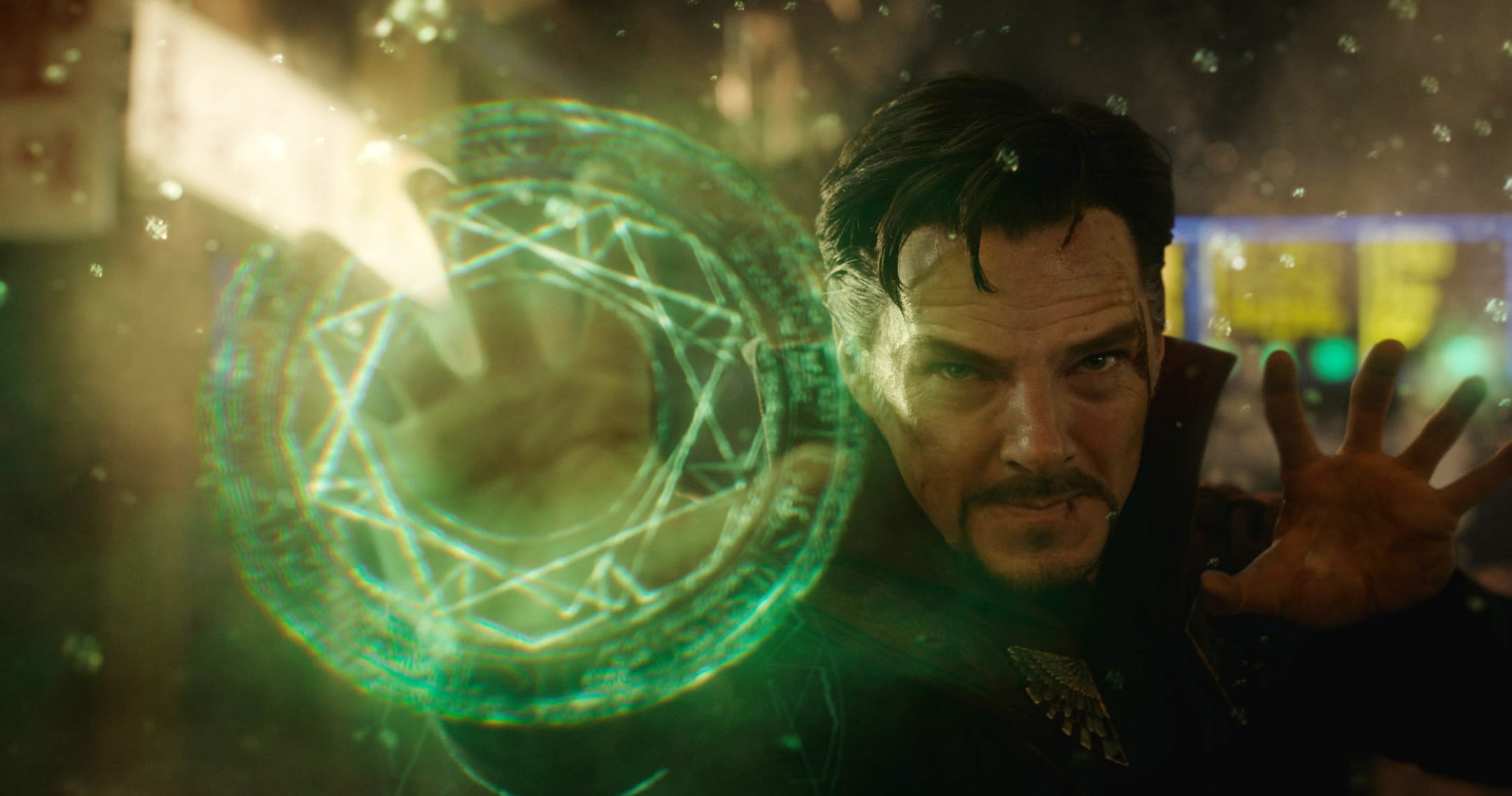 There's been a lot of discussion about who's most likely to die in Avengers: Infinity War lately — is it Captain America? Iron Man? Vision? Someone else entirely?! But considering almost every star is still signed on for the untitled Avengers 4, something strange (pun intended) is afoot. Enter the man himself: Doctor Stephen Strange (Benedict Cumberbatch).

In the Marvel comics universe, Doctor Strange is one of the strongest sorcerers ever — he's known as the Sorcerer Supreme, guardian of the universe at large (so, you know, no biggie). Strange can access and manipulate energy from the multiverse, transform matter, teleport, cast illusions, project thoughts, erase memories, travel through dimensions and time, access the astral plane, and a whole lot more. In addition, he also wields several mystical objects to give him other powers. In short, comic-book Doctor Strange is an intimidating dude.

However, in the Marvel Cinematic Universe, things are a bit different. For one, in the comics (where the Infinity Stones are known as Infinity Gems), Strange possesses the Soul Gem. In the movies, he instead wields the Time Stone, which he uses to save the world in his 2016 standalone movie, Doctor Strange. It's an interesting choice to switch the stones out, and it makes me wonder: if any of our current favourite Avengers die in Infinity War but we're guaranteed to see them in Avengers 4 anyway, could Doctor Strange be why?

Despite all his skills, Strange has never truly brought anyone back to life in the comics. The closest he gets is an incident involving his dead brother Victor when he reanimates him as a vampire by accident. (Interestingly, while Strange can't manage it, Wanda Maximoff, aka Scarlet Witch, brings back Hawkeye, Quicksilver, and some others in the House of M comics storyline, though MCU Wanda is still learning to control her powers.) The same can't be said of the film's take on Strange.

At the conclusion of Doctor Strange, the sorcerer realises he'll need to bend the rules in a big way to defeat both Kaecilius and Dormammu. When he arrives in Hong Kong where the Dark Dimension is engulfing Earth, his pal Wong (Benedict Wong) is dead. Strange then uses the stone (referred to as the Eye of Agamotto in the film) to reverse time and bring Wong back to life, as well as create a time loop around himself and Dormammu as he enters the Dark Dimension. Because of said loop, anytime Dormammu attempts to kill him, Strange is immediately brought back to life.

The Time Stone presents an easy option for a movie-verse reset in Infinity War as well. Whatever happens, Strange possess the unique ability to unwind time and reverse it. If any of his teammates were to die or Thanos were to collect all of the other stones, Strange could use the Time Stone to undo it. Though Mordo (Chiwetel Ejiofor) and Wong caution Strange against messing about with the temporal stream, warning him about violating the natural laws and breaking the space-time continuum, Thanos presents enough of a threat to risk it, despite the possible effects.

Set photos from Avengers 4 of actor Chris Evans (Steve Rogers) wearing the Captain America uniform circa the Battle of New York could confirm this theory. Robert Downey Jr. also appeared in an Instagram post on set last year wearing a shirt with a hole in the middle where an arc reactor would be embedded — despite the fact that Tony Stark has it removed in Iron Man 3. Carol Danvers, aka Captain Marvel, makes her debut in the '90s-set Captain Marvel next year before Avengers 4 comes out, and it could be yet another timeline we see as a result of Strange using the Time Stone in Infinity War.

At any rate, while we definitely expect a few of our heroes to kick the bucket soon, Doctor Strange may just have a solution — even if it's not bringing them back to life in the traditional way. He may even reboot the MCU entirely.