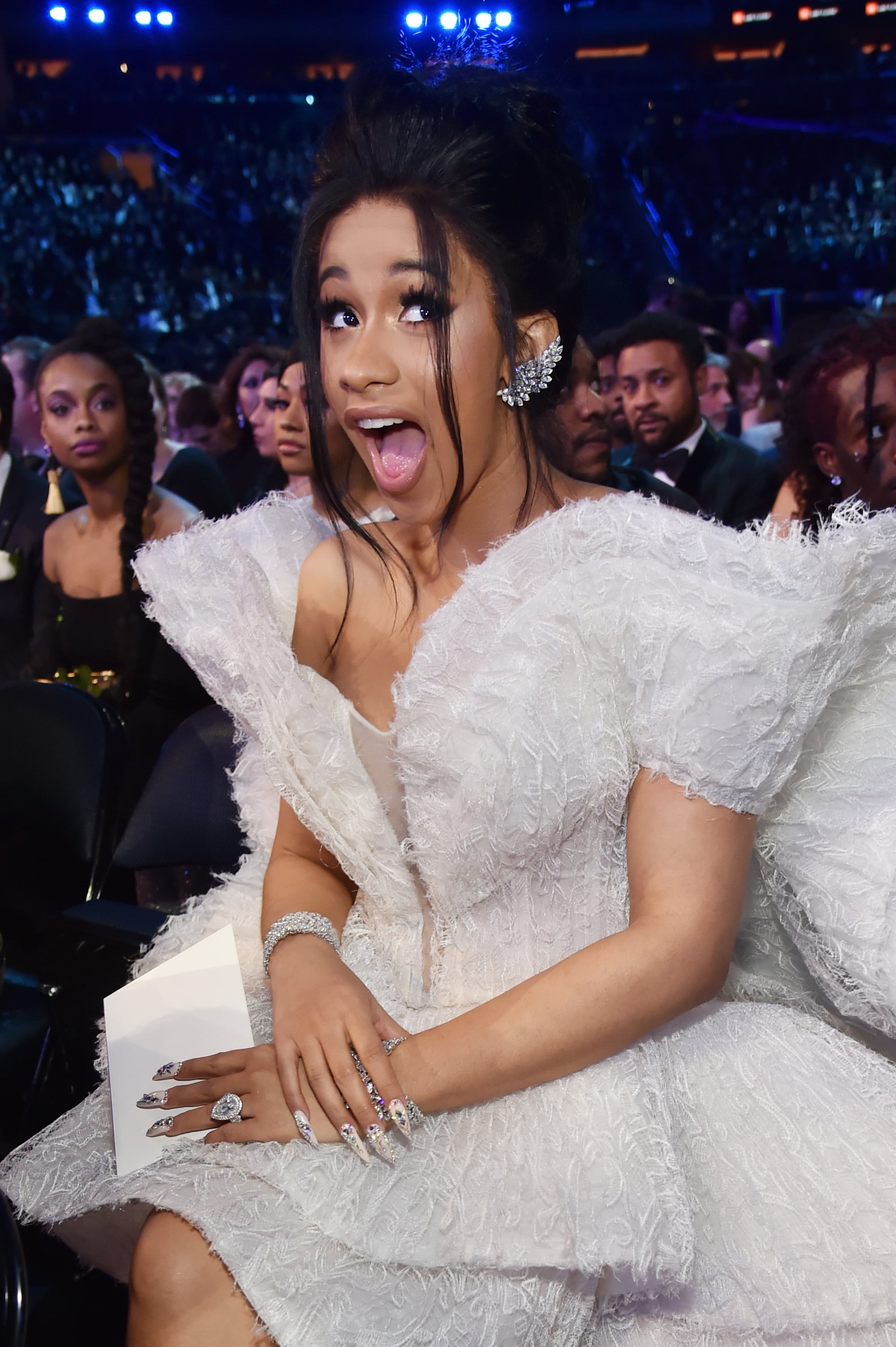 Somewhere Cardi B is probably yelling "eeeeooowwww," because the "regular degular shmegular girl from the Bronx" just made music history.

The 25-year-old "Bartier Cardi" rapper has officially surpassed two of Beyoncé's Guinness World Record titles with the debut of her Invasion of Privacy album (which coincidentally references Queen Bey a few times). She officially has the most simultaneous Billboard US Hot 100 entries by a female and the most simultaneous Billboard US Hot R&B/Hip-Hop Top 10 entries by a female.

Overall, Drake still holds the record for most simultaneously charting Hot 100 entries with 24 tracks after the debut of his More Life album in April 2017, but Cardi B is taking the industry by storm and clearly continuing to make those "shmoney moves."

Celebrity Interviews
Chlöe Opens Up About Owning Her Sexuality: "I'm Learning It's OK to Be Who I Am"
by Princess Gabbara 18 hours ago

Cardi B
Penn Badgley Revealed He's a * Huge * Cardi B Fan, and We Can't Tell Who's More Ecstatic
by Chanel Vargas 1 day ago