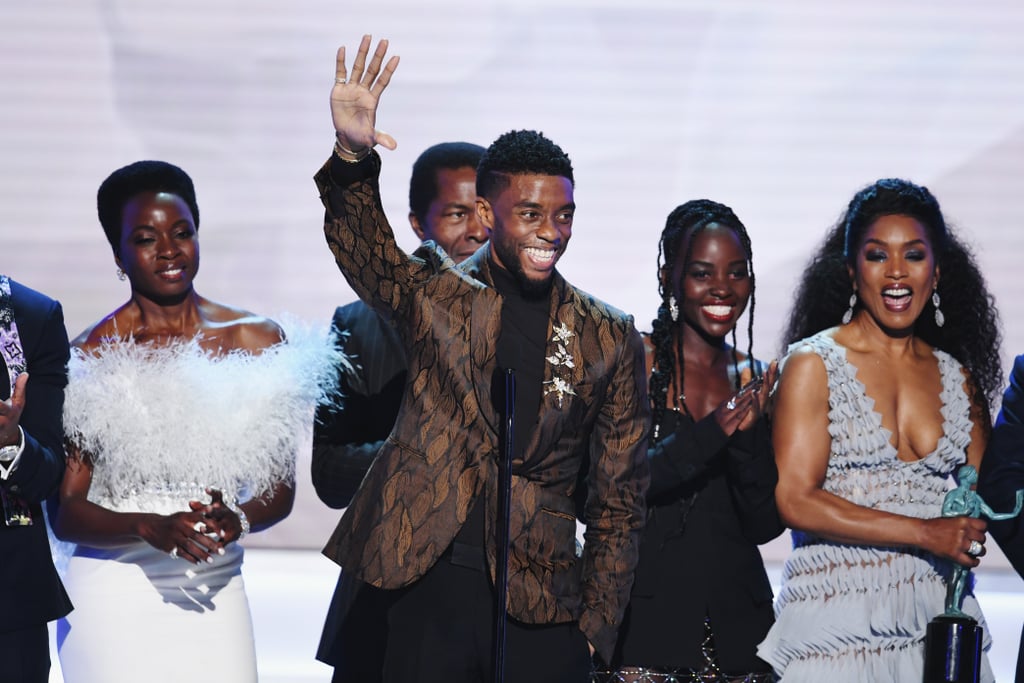 After much conversation about its award season potential, Black Panther was awarded the top honour at the 2019 Screen Actors Guild Awards. Chadwick Boseman, who famously portrayed the titular superhero, delivered a rousing speech while joined onstage by his esteemed costars. In it, the actor addressed whether Black Panther has changed the film industry. After that triumphant win, it's undeniable.

Award Season
Someone Call Trent Crimm, the Ted Lasso Cast Looked Like Next-Level Superstars at the Emmys
by Perri Konecky 2 days ago