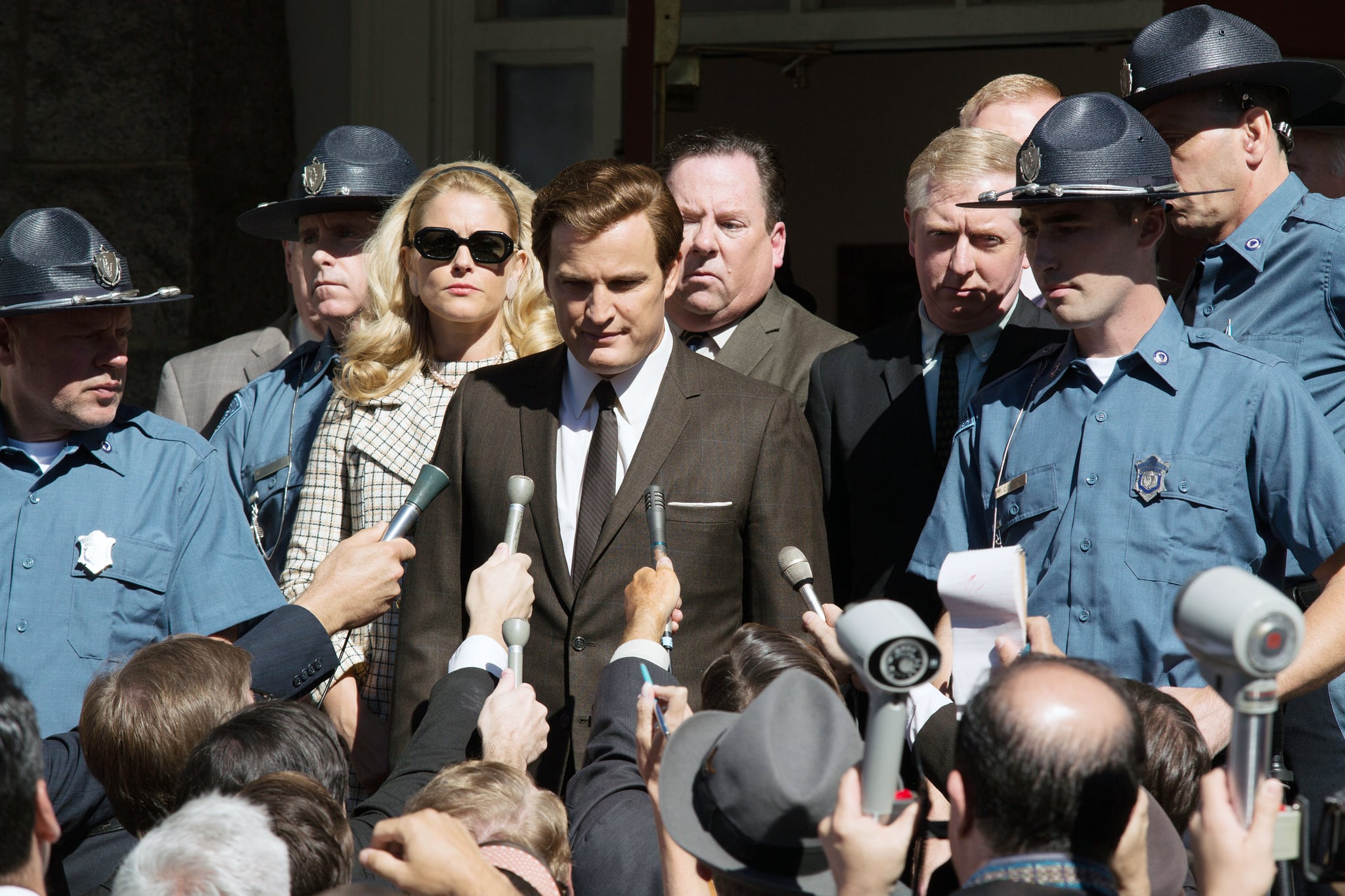 Beyond the realm of political circles, Mary Jo Kopechne's name is largely unknown. In fact, when the world was told about the 28-year-old's death on July 18, 1969, one wire service simply referred to her as the "Blonde," according to The Washington Post.

Thanks to the release of Chappaquiddick, Kopechne's name is once again in the news. The movie is based on the true story surrounding the car accident that left her dead, and Senator Ted Kennedy still very much alive. Screenwriters Taylor Allen and Andrew Logan based the film on the 1,000-page inquest that was released to the public by the Massachusetts Supreme Judicial Court in 1970, but due to the nature of the case, it's impossible to know exactly how much of what makes it onscreen is the truth, and how much is Hollywood fiction. Kopechne and Kennedy are both dead, and the people closest to them haven't offered up much in the way of new information in the decades since that fateful accident.

As a result, the details of the day and night leading up to Kopechne's death remain scarce, but a few things are known. Most notably, the young woman had a knack for politics. She previously worked for Ted's brother Robert's campaign, before the presidential hopeful was assassinated in 1968. Kopechne, along with five other women, were known collectively as "the boiler room girls" because they often made phone calls and corralled delegates for Robert's campaign. After his death, the women mostly went their separate ways, but they did come together at a party hosted by Kennedy cousin Joe Gargan in Chappaquiddick, a small island near Martha's Vineyard. It was at this party that Kopechne and Ted met.

That fact appears to be the only thing that is certain about that July day. Kennedy was in town to participate in the Edgartown Yacht Club Regatta, and he later joined five other men, including Gargan, and the six women in Chappaquiddick. Later that night, he decided to leave the party, and for unknown reasons, Kopechne went with him. Accounts of the night are muddled, and while there was alcohol at the party, it's unclear whether or not Kennedy was drunk when he got behind the wheel of his 1967 Oldsmobile Delmont. All that's known for sure, is that Kennedy and Kopechne ended up driving on a dirt road on the east side of the island when the car went off the side of a bridge (aftermath pictured below). Somehow, Kennedy escaped the car, but Kopechne did not. 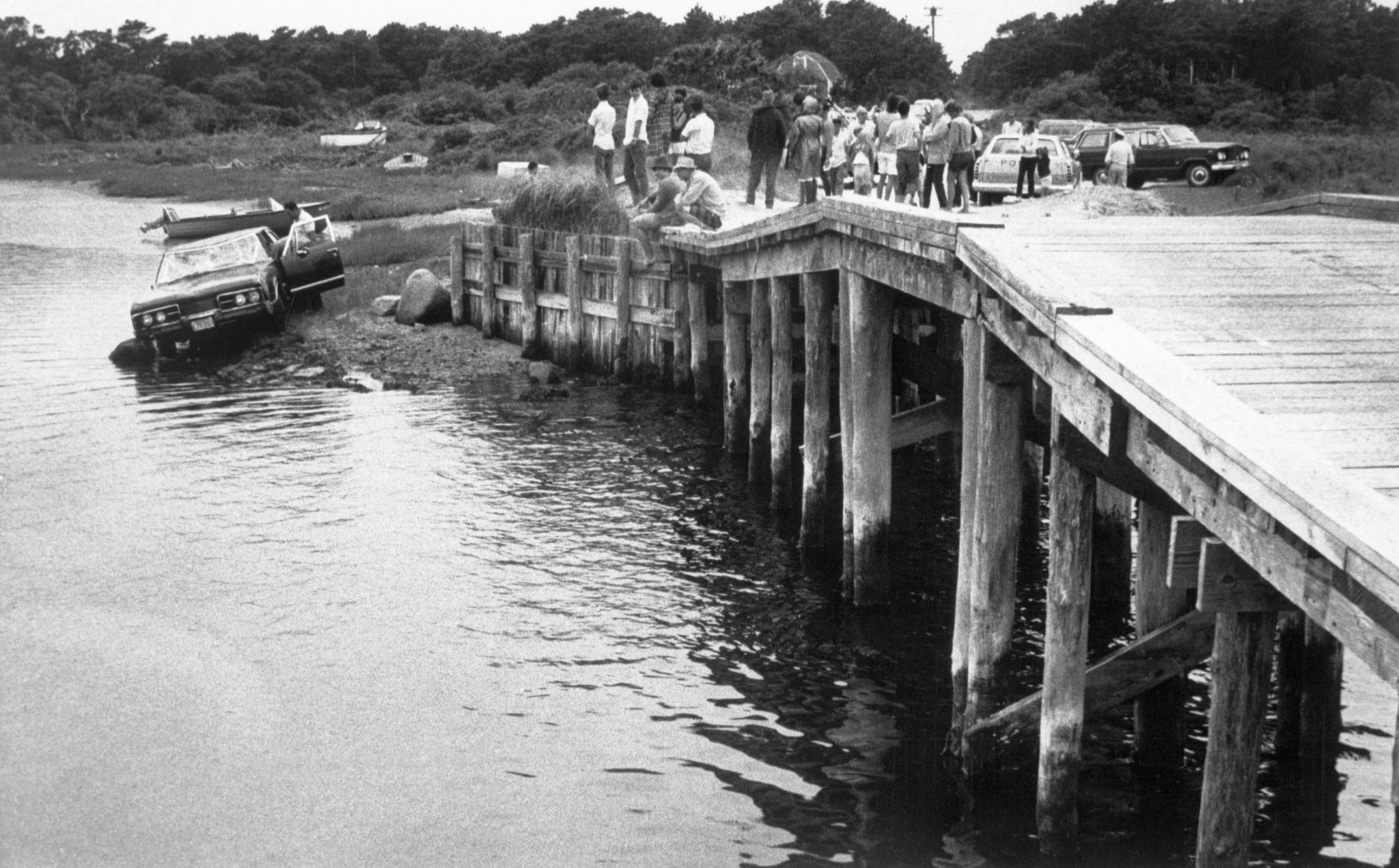 Here's where things get even more confusing. Kennedy later claimed he dived down multiple times in an attempt to save his companion. He also said that he went back to the party and then returned to the scene with Gargan and his friend, Paul Markham, both of whom also allegedly dived into the water to look for Kopechne. When they failed to find the 28-year-old, they drove Kennedy to the ferry, which was the only way off of the island. After discovering that the ferry had stopped running for the night, Kennedy swam back to the mainland, where he returned to his hotel at 2 a.m. and briefly interacted with a hotel employee. At no point during this time did Kennedy, Gargan, or Markham alert the authorities about the accident, and their failure to do so may have cost Kopechne her life. When she was discovered the next morning, examiners said that the position of her body suggested she may have been alive for some time after the crash, and had been attempting to keep her head above the water inside the car.

After returning to his hotel room, Kennedy went to sleep. He was next seen fully dressed and seemingly feeling fine around 7 a.m. the next morning. Meanwhile, back on the island, two fisherman spotted the car and knocked on someone's door in order to call the authorities around 8:30 a.m. Ultimately, that left Kopechne in the water for a full nine hours. Around 9:30 a.m., Kennedy was told that a body had been found in his car, and shortly afterwards he told the police that he had been behind the wheel when the accident occurred. E! reported that his official statement at the time read:

"On July 18, 1969, at approximately 11:15 p.m . . . I was driving my car on Main Street on my way to get the ferry back to Edgartown. I was unfamiliar with the road and turned right onto Dike Road, instead of bearing hard left on Main Street. After proceeding for approximately one-half mile on Dike Road I descended a hill and came upon a narrow bridge. The car went off the side of the bridge. There was one passenger with me, one Miss Mary — a former secretary of my brother, Sen. Robert Kennedy. The car turned over and sank into the water and landed with the roof resting on the bottom. I attempted to open the door and the window of the car but have no recollection of how I got out of the car. I came to the surface and then repeatedly dove down to the car in an attempt to see if the passenger was still in the car. I was unsuccessful in the attempt. I was exhausted and in a state of shock. I recall walking back to where my friends were eating. There was a car parked in front of the cottage and I climbed into the back seat. I then asked for someone to bring me back to Edgartown. I remember walking around for a period of time and then going back to my hotel room. When I fully realised what had happened this morning, I immediately contacted the police." 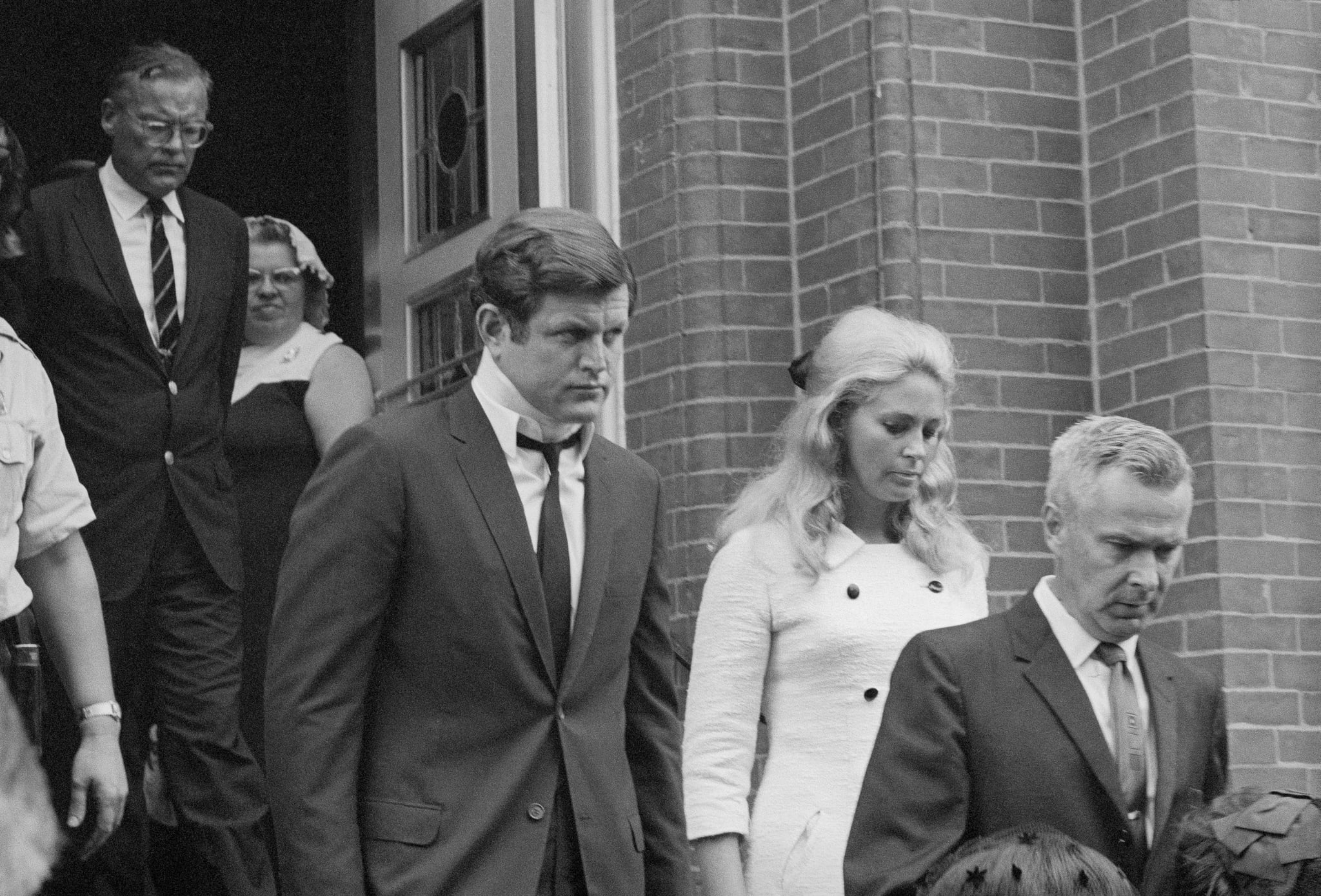 It wasn't until later that he revealed that Gargan and Markham had also searched for Kopechne. Kennedy, pictured above leaving Kopechne's funeral with his wife, also changed his statement about making a wrong turn. Ultimately, he pleaded guilty to leaving the scene of an accident, and was given a two-month sentence, which was suspended. He also had his licence taken away for a year. On July 25, Kennedy gave a nationally televised statement in which he said, "I regard as indefensible the fact that I did not report the accident to the police immediately." He went on to serve as a Massachusetts Senator for eight terms from 1962 until he died in 2009.

Kennedy's story is one that history knows, and so it's only fitting that one of the goals of Chappaquiddick is to shed light on Kopechne's abbreviated life. Given the murkiness of the facts surrounding the events of that July night, it's unclear just how truthful the film can be, but if it can make sure that Kopechne is never referred to simply as the "blonde" again, then the movie will have done its job.