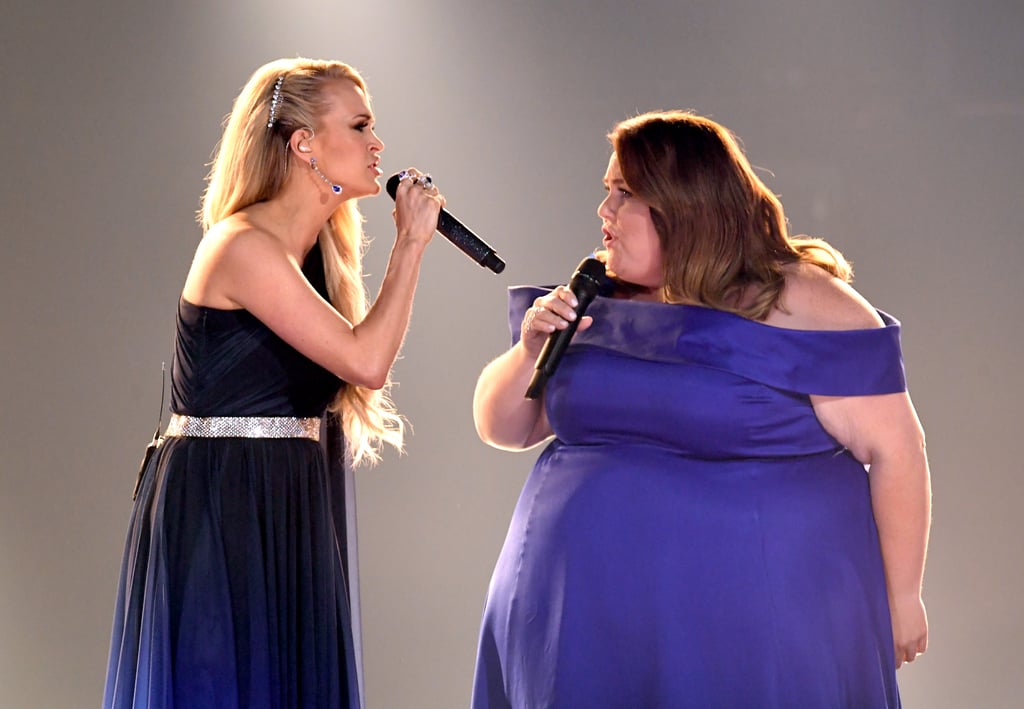 It shouldn't come as a surprise to anyone who watches This Is Us that star Chrissy Metz is just as talented of a singer as she is an actress. Just in case you had any doubts, though, she made her live singing debut at the Academy of Country Music awards on Sunday night, and she sounded in-freakin'-credible.

Fellow ACMs performer Carrie Underwood introduced the performance before singing alongside Metz, noting that their Diane Warren-penned song, "I'm Standing with You," is from the soundtrack of Metz's new movie, Breakthrough. Underwood noted that both the song and the film — which follows a mother's (Metz) journey to heal her drowned son through prayer — are all about "keeping the faith through odds that seem insurmountable."

After her touching intro, Metz took centre stage to belt out the powerful ballad, and was soon joined by not only Underwood, but some of country music's other big female stars: Maddie & Tae, Lauren Alaina, and Mickey Guyton. Watch the performance ahead, and then keep scrolling to see photos from their onstage collaboration!

Related:
Aww! Carrie Underwood Plants a Kiss on Her Husband in the Middle of Her ACMs Performance
Previous Next Start Slideshow
Chrissy MetzCountry MusicAcademy Of Country Music AwardsACM AwardsMusic