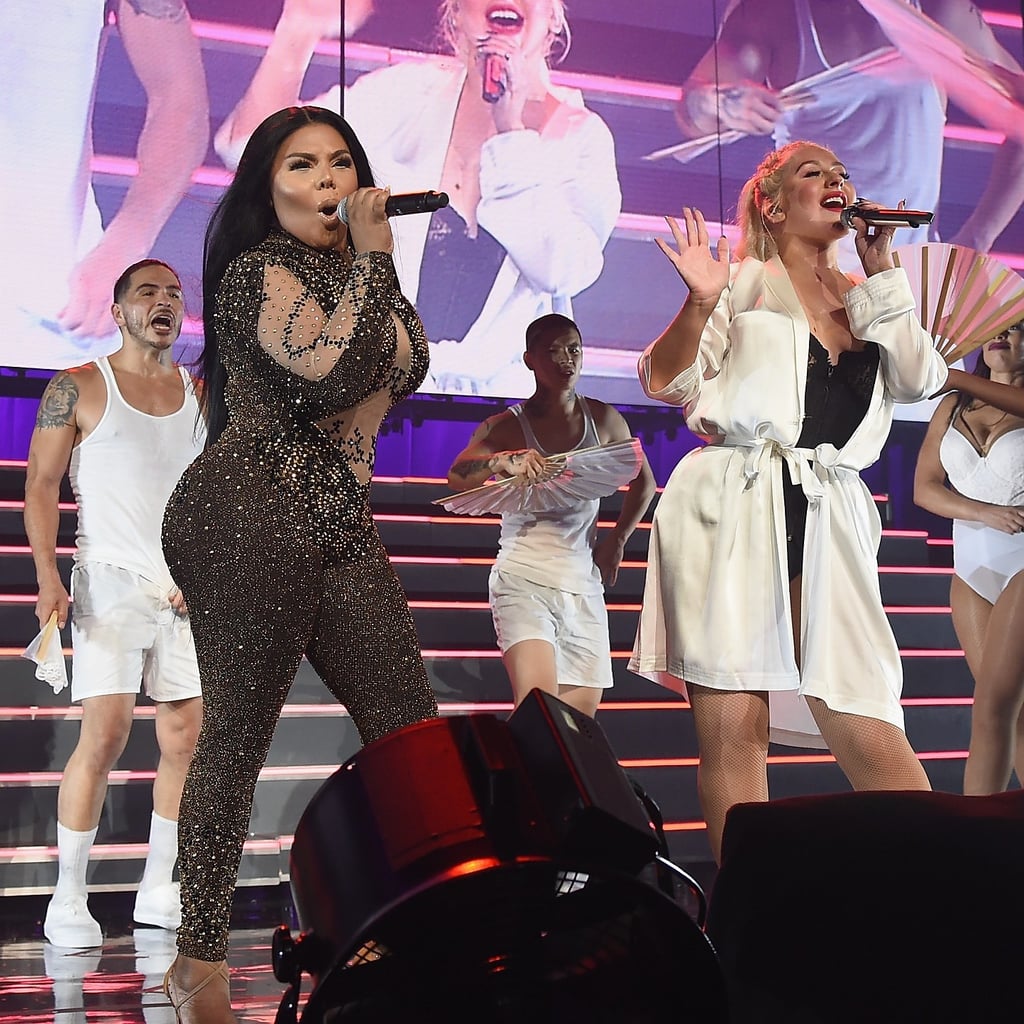 Almost anyone who grew up in the early 2000s would recognise these catchy lyrics from the iconic girl-power banger "Lady Maramalade." Christina Aguilera, Lil' Kim, Pink, and Mýa gave us this sexy 2001 rendition of the Patti Labelle song, and we haven't been the same since. On Wednesday, Aguilera once again blew everyone away during her Liberation Tour in New York when she brought out Lil' Kim to help her perform the flirty anthem. Rocking a sparkly gold jumpsuit, Lil' Kim strutted her stuff across the stage alongside Aguilera, who sported a white robe over a low-cut black top.

Aguilera's powerful voice and Lil' Kim's insane rapping skills made for an amazing performance that took concertgoers back in time to the beautifully risqué "Lady Marmalade" music video. The 2001 version of "Lady Marmalade" was featured on the soundtrack of the film Moulin Rouge! and hit No. 1 on the Billboard Hot 100. Aguilera, Pink, Mya, and Lil' Kim even performed the song at the 2002 Grammys.

See clips and photos of Aguilera and Lil' Kim's Wednesday performance ahead to bask in all the nostalgic glory.

Previous Next Start Slideshow
Lil' KimMusicChristina Aguilera
Around The Web