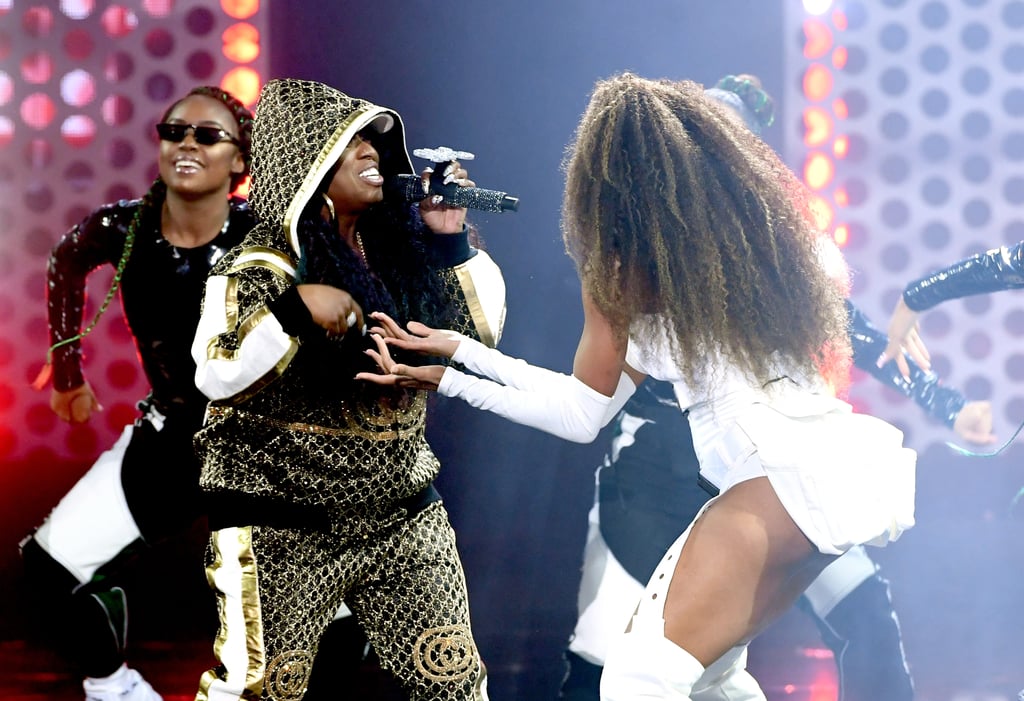 Ciara returned to the American Music Awards stage on Tuesday night for the first time since 2005, and damn did she make a hell of a comeback! Joined by the iconic Missy Elliott, Ciara performed her hit single "Level Up," which went viral after spawning the Level Up challenge. As amazing as those challenges were, Ciara's performance proves that you just can't beat the original. From Missy's fiery verse to Ciara's outrageously sexy moves, the performance was nothing short of show-stopping. Watch their electrifying performance ahead!