First Man is unquestionably one of award season's buzziest films. Although there's been plenty of glowing words tossed in the direction of both leading man Ryan Gosling and director Damien Chazelle, the lion's share of praise seems to be directed at Claire Foy, who gives a searing performance as Neil Armstrong's outspoken and passionate wife, Janet Armstrong. In order to give us an inside look at just how this tragic, incredible true story came together, The Crown star hopped on the phone with us and shed light on everything from getting her portrayal of Janet just right to how she perfected her onscreen dynamic with Gosling.

Related:
Ryan Gosling Shoots For the Moon in the Trailer For Damien Chazelle's First Man

POPSUGAR: So much of this film is centred around men given the subject matter, all the way down to the actual title of the movie. Sometimes the roles for women in films like these, especially wives or girlfriends, get diminished, and are written far weaker than their male counterparts. That's obviously not the case in this movie. Why do you find Janet to be such a strong character?

Claire Foy: Because she was. That's how she was in real life. I think that Josh [Singer, the screenwriter,] wrote her really well. [He] obviously spent a lot of time with her, so he was able to really get the essence of her character. I really admired that and respected her.

PS: Did you get to meet Janet at all before she passed?

CF: No, I never got to meet her personally. I would have loved to.

"Janet always knew that he may be going to the moon, but that ultimately, family was the most important thing to her."

PS: What are you hoping viewers gain from your portrayal of Janet and her role in the film?

CF: Josh told me that he wanted me to show another side of the story, give a voice to the women's side of it. What the women were dealing with. And I think looking back and seeing it through a woman's eyes is valuable, really. Janet always knew that he may be going to the moon, but that ultimately, family was the most important thing to her. Essentially, her family's being put in jeopardy all the time by virtue of his job. But I just think it's a story that people haven't really heard before from that point of view, from the point of view of the wife, I suppose.

PS: Another one of my favourite elements of the film was the clear chemistry between the cast. What was it like working with Ryan Gosling, Olivia Hamilton, Jason Clarke, and the rest of your costars?

CF: Amazing. It was such an incredible cast. I think Ryan led the cast so, so well. He was in every scene all day, every day. He went above and beyond anything he could possibly do physically, the things he did for that character. Everything that you see in the movie, he did. It's just incredible. And he also is such a humble, kind, kind of person. Him and Damien together create a very, very relaxed, friendly, open, and kind of equal atmosphere on set. So they created a perfect working environment for this movie.

PS: Is there any scene in particular that sticks out to you as your favourite?

CF: Well we had two weeks of improvised rehearsal before we started shooting, and Damien filmed the whole thing. We had costumes and our set, and it was just me and Ryan and the kids, really. And it was two weeks of just filming anything that we could think of, and a lot of that's in the film. I think it gives it a real authenticity and a reality that I think is sometimes lost with these historical dramas. You feel like you're living with the family quite a lot, which is really special. 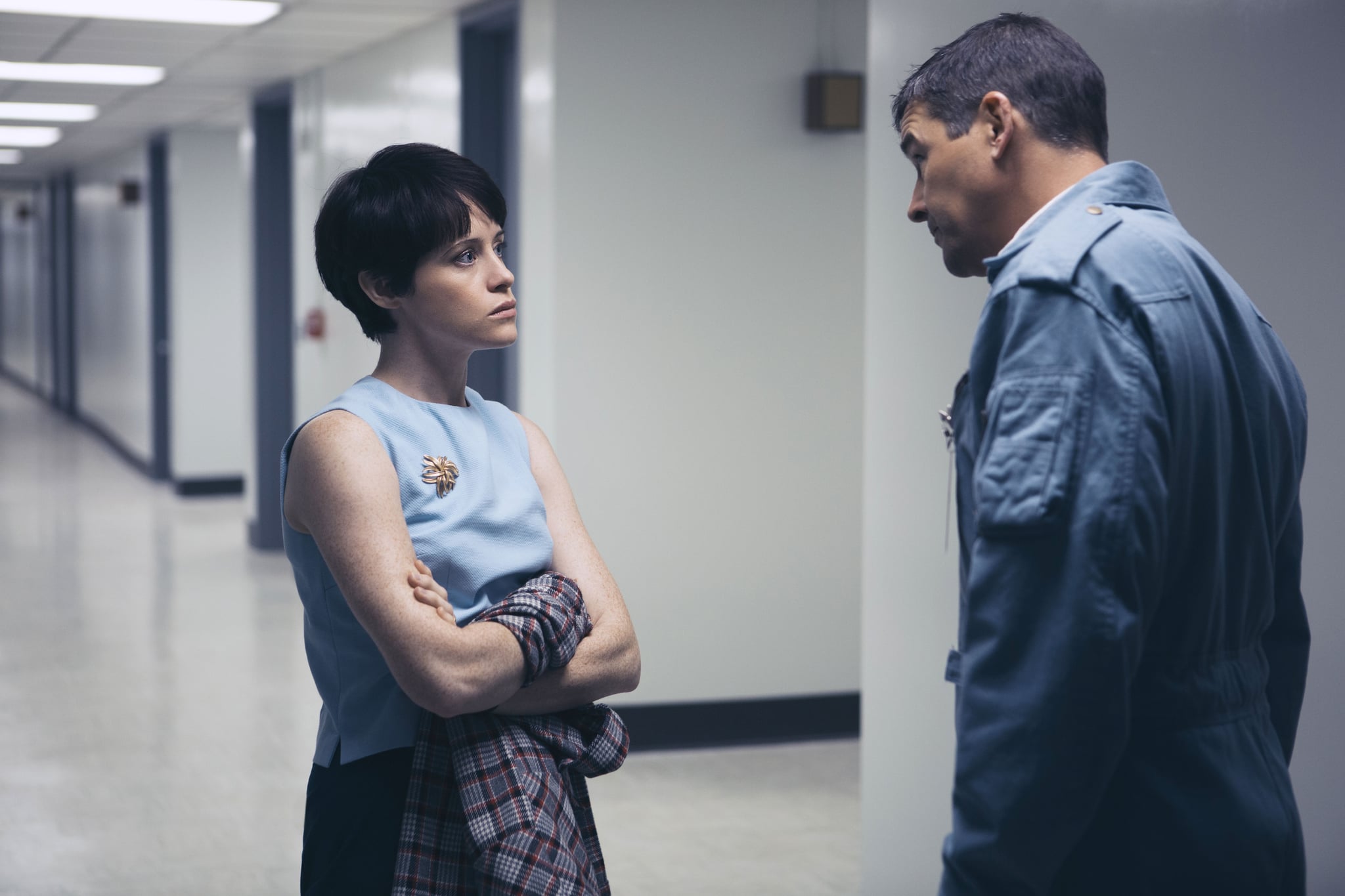 PS: Naturally, considering the subject matter, there are a lot of intense emotional moments in the movie. How did you prepare yourself to film these kinds of scenes?

CF: Both me and Ryan just made sure that we knew as much as we possibly could about our characters. I think Damien entrusted us with these people, and so it was our job to kind of just know as much as humanly possible so that when we were doing those scenes and we were doing scenes that we would improvise, or were incredibly emotional and we knew were based on facts, it meant that we were able to kind of trust ourselves enough that we've got some sort of facsimile of the truth in there. We felt a real pressure to give justice to Jan and Neil. They were loved by so many people. So it was really our responsibility to kind of bring two really, really special people to life, which is quite daunting. [Laughs]

PS: And considering you have played a real-life figure in the past on The Crown, what is it like playing real people on screen for you? It seems like it might be trickier, or more delicate, than playing a fictional character.

PS: Your upcoming role as Lisbeth Salander is very different from your previous ones and seems very physically demanding. What was it like to go into training and to start performing stunts?

CF: I've done a little bit of stunt work before, but I've never trained for a role. Not that I was crazy fit or anything like that. [Laughs] I did what I could. And I loved it. I loved being fit, feeling like I could not only hold my own, but put up a good fight. And for me, being physically strong enough to play that part was really important to me. It was going to be a really intense shoot, and I wanted to be involved in as many of the stunts and kind of things as humanly possible. So it felt really important for the transformation into that character.

PS: If you had to choose, which of your most recent roles do you think you're the most like? Queen Elizabeth, Janet, or Lisbeth?

CF: I'm somewhere in between all three of them! [Laughs] But I'm further away from the Queen and closer to Lisbeth and Janet, I think.