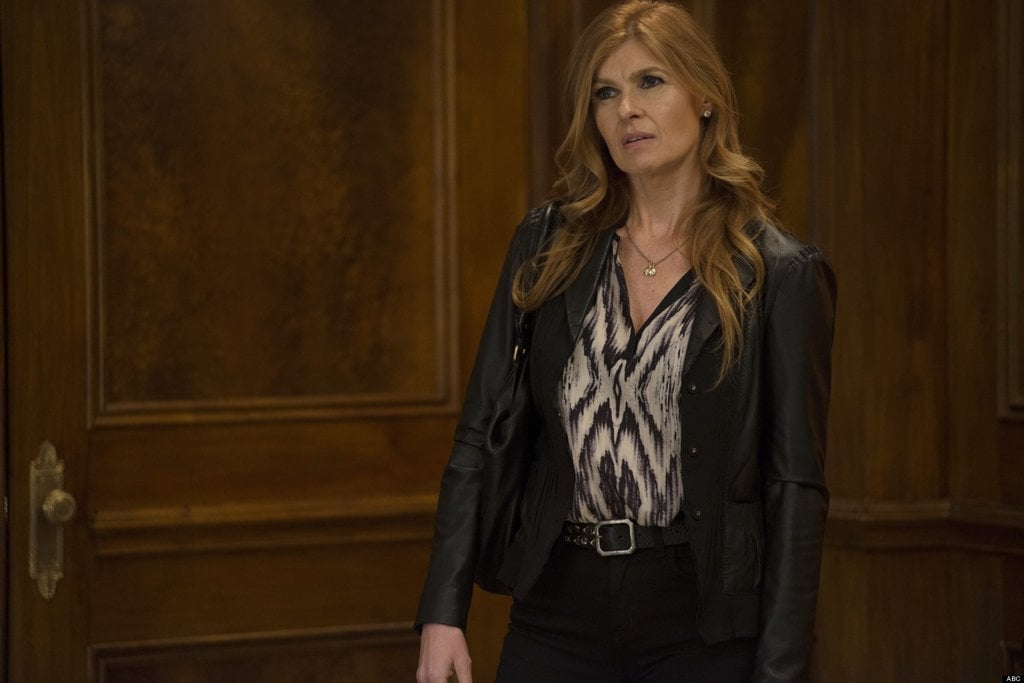 Ever since it was announced that American Horror Story: Apocalypse would be a mashup of season one, Murder House, and season three, Coven, we couldn't help but wonder which past characters from Ryan Murphy's anthology series would make a repeat appearance. Now, a few months closer to season eight's premiere, we've been informed that all the witches we came to love (and love to hate) are coming back, including Jessica Lange, Sarah Paulson, Emma Roberts, and more. Hell, even Stevie Nicks has signed on board! So, given all the cuddly (and sinister) reunions going on, Murphy has to bring Murder House's ill-fated Harmon family back too, right? Right?! Well, we can officially give you the good news: Connie Britton will indeed appear in season eight!

According to The Wrap, the AHS alum — whose Vivien Harmon dies by the end of season one after giving birth to the Antichrist — will be returning for the upcoming instalment of the horror series. The actress is reportedly shooting her scenes on location at the Murder House set in LA alongside her season one costar Dylan McDermott, whose character, Dr. Ben Harmon, also didn't make it out of the show alive.

The pair were recently spotted filming AHS, and given the fates of both of their characters, they'll likely be playing ghosts in the new season (unless Murphy has a flashback situation planned). Vivien, after all, is the unfortunate mother of the Antichrist himself, Michael Langdon, whom she conceives with ghost Tate Langdon (Evan Peters). All the trailers for season eight have hinted at Michael bringing about the titular apocalypse, but maybe the spirit of his mother can bring him back to the light . . . ?

Just kidding. This is a Ryan Murphy show. Only doom, gloom, and Britton's gorgeous hair await us.