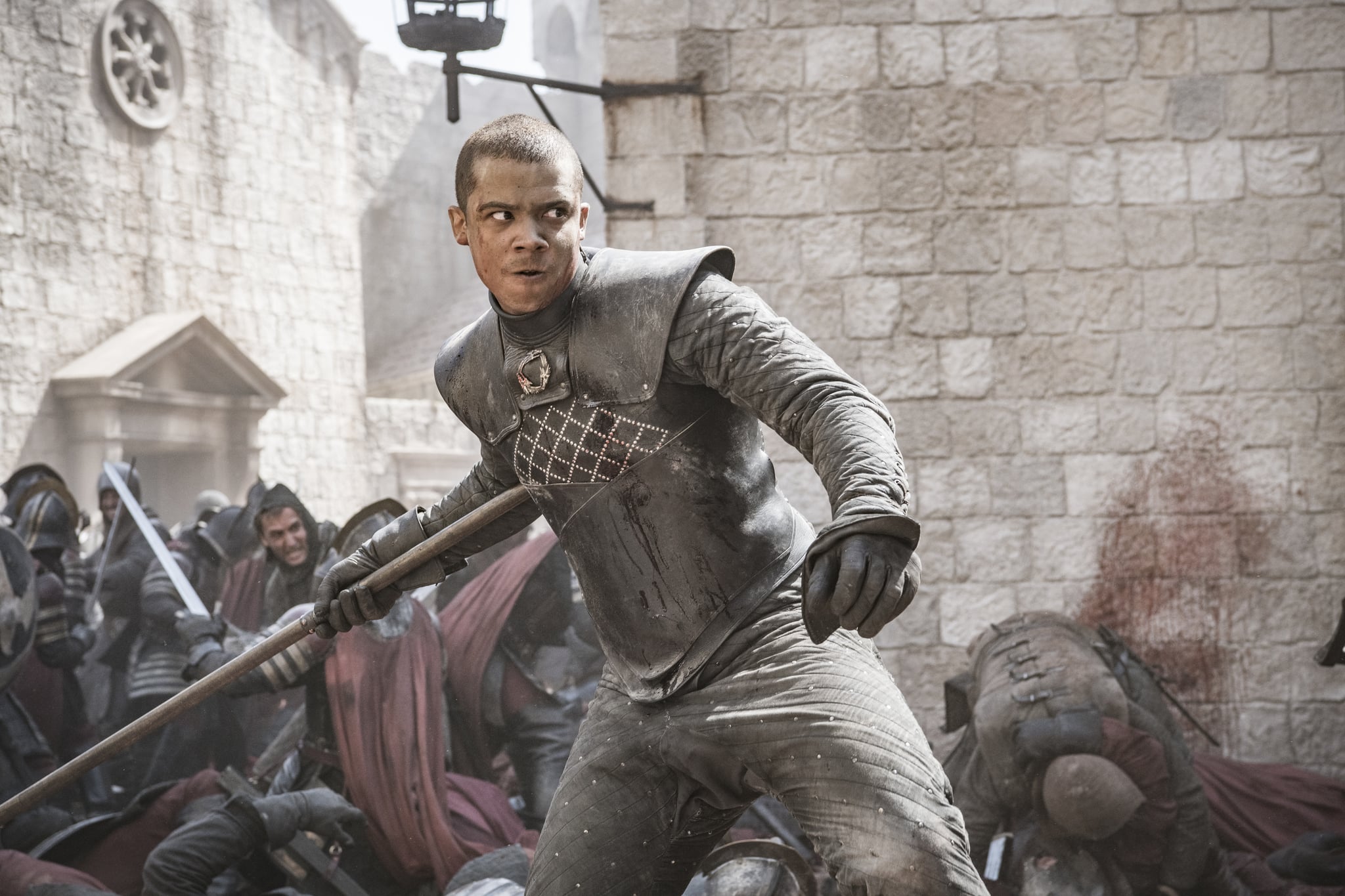 Warning: spoilers for the Game of Thrones finale ahead!

It took a long time on Game of Thrones for Daenerys Targaryen to claim the Iron Throne, but she had some significant help along the way. For the past several years, one of her most trusted and loyal allies has been Grey Worm, an Unsullied soldier who is chosen to lead her armies. Out of all her allies, Grey Worm is one of the only ones who's never turned on her, and she rewards him after the Battle of King's Landing by naming him her Master of War. The pair have a long history that leads up to this moment.

In the third season, Dany frees the Unsullied, an army of eunuch warriors who have been raised since infancy to be unflinching, unstoppable warriors. She instructs the soldiers to choose their own commander and send him to consult with her, and they choose Grey Worm, who chooses to keep his "slave" name because it is the one he had when Dany set him free. He is seen at her side frequently from then on, acting as both her bodyguard and the commander of her army, and she appears to be fond enough of him, although the relationship is mostly professional.

Grey Worm remains as Dany's most loyal commander, even when he's briefly challenged by Daario Naharis. He also develops more personal relationships, falling in love with Dany's friend, advisor, and translator Missandei. When Dany disappears, Grey Worm is the one trusted to remain behind with Missandei as the others search for their queen, since he's the only one who's capable of keeping the peace and leading the Unsullied to continue to enforce Dany's rule even in her absence.

When Tyrion begins manoeuvering politically, he and Grey Worm come into conflict over what to do about the institution of slavery — something Grey Worm obviously has very strong opinions about. Grey Worm remains utterly loyal to Dany, and she continues to trust him absolutely, as she gives him the command of the battle to take Casterly Rock, her first foray into Westeros. Dany seems to develop a more personal concern for his well-being as time goes on, especially once Missandei reveals that the two of them are involved.

Dany brings Grey Worm and Missandei with her in the procession to the North, and he is placed in command of the Unsullied army at the Battle of Winterfell. From their victory there, he travels with her to the invasion of King's Landing and again leads her forces. For his unwavering loyalty and leadership, Dany awards him the title of Master of War in front of all her gathered troops. He remains fiercely loyal to Dany even after her death, imprisoning Tyrion Lannister for treason and threatening to kill Jon Snow for murdering Dany. Ultimately, he fulfils his promise to Missandei to see Naath and his promise to Dany to continue her mission of freeing the downtrodden across the world, setting sail out of Westeros to continue serving his queen, long after she is gone.