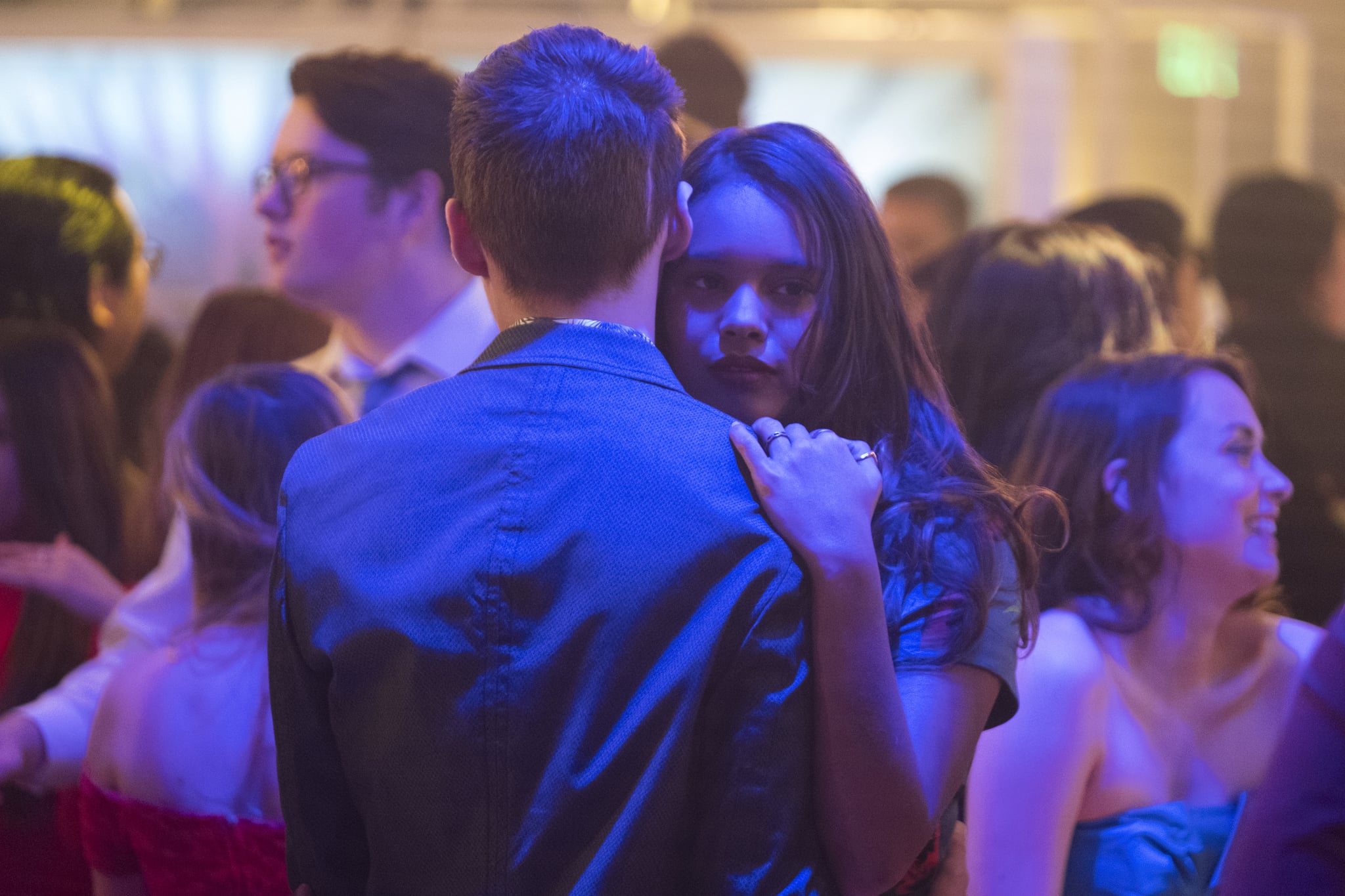 13 Reasons Why's second season soundtrack is a eclectic mix that mirrors the harrowing stories of the talented cast. But of course, there's one song that stands out from the rest due to its upbeat tempo and message of hope, "Rollercoaster." This song is by Bleachers, the stage name for songwriter Jack Antonoff who is also the guitarist for the pop band Fun and the former lead singer for the now defunct indie rock group Steel Train. Antonoff has written music for Taylor Swift and Sara Bareilles, so he knows how to create catchy music with substance.

"Rollercoaster" is the second track on Strange Desire (2014) and has a punk synth sound that's reminiscent of the '80s and '90s. According to Consequence of Sound, much of Bleachers' music is modelled after the mood created by John Hughes's high school-based films such as The Breakfast Club. In 13 Reasons Why, "Rollercoaster" is prominently featured during the Spring Fling in the second season finale. Almost the entire cast of teens come together on the dance floor in a celebration of life as the lyrics punctuate their desire to dance away the past:

The song somewhat alludes to the ups and downs the thirteen people on Hannah's cassettes had with her over the course of her time at Liberty High. The students were all like ill-fated trains passing in the night, never connecting on the right track. Clay even speaks to this in voiceover as the song plays and the kids thrash with exhilaration at overcoming their obstacles and manageing their differences:

"How can we find joy in our lives, in this world after Hannah? How do we take what hurts most, take the darkness and turn it into light? I think the answer is we love each other. Easy to say, but what do we do when it's hard to love?"

Our answer is to love even harder. The 13 Reasons Why first and second soundtracks are now available on iTunes.