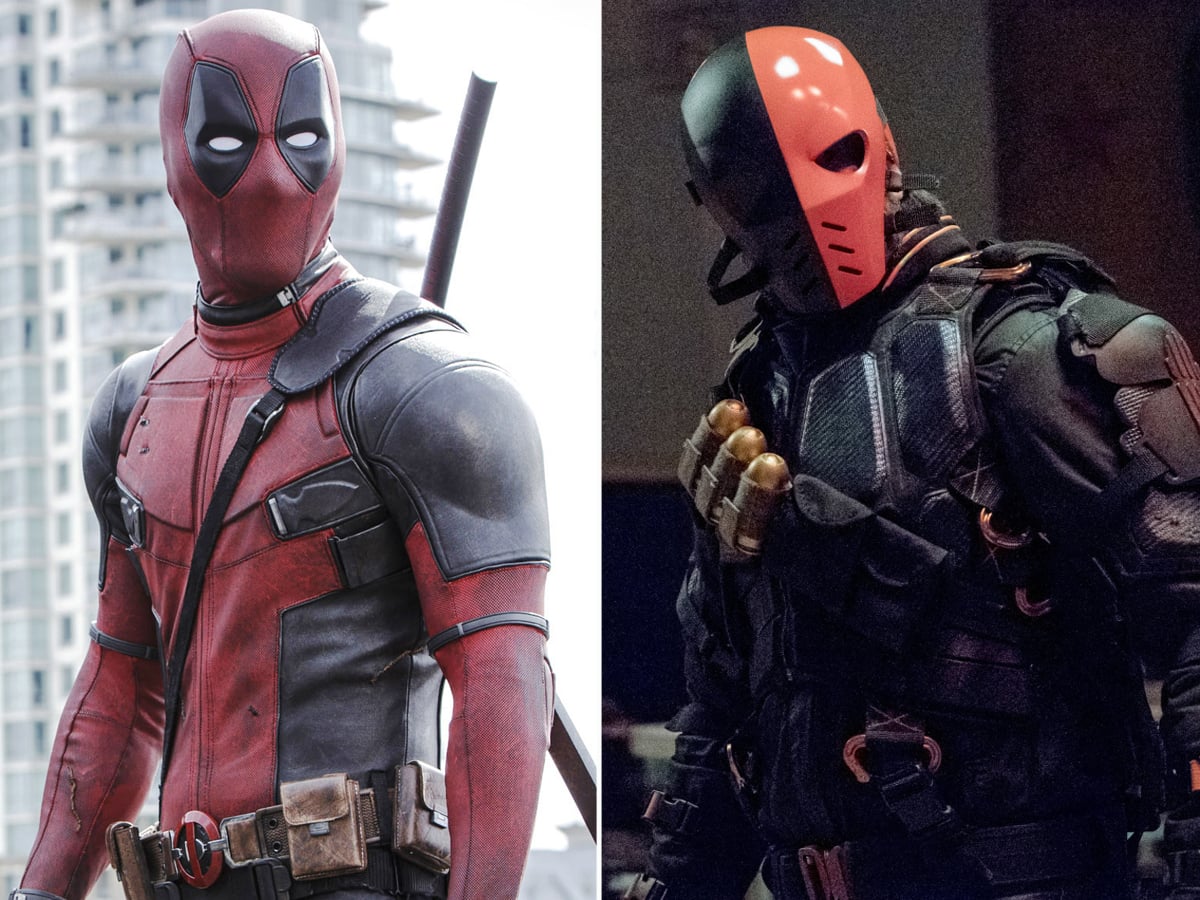 With the release of Teen Titans Go! To the Movies, we finally need to talk about some oft-confused characters: Deadpool and Deathstroke. These two dudes aren't related — at least biologically — despite their shared last name. Deadpool (Wade Wilson) and Deathstroke (Slade Wilson) are actually from different comic book universes, even though they're remarkably similar. Once you read about their similarities, you won't be surprised that one is a blatant rip-off of the other.

Deadpool appeared in Marvel comics beginning in 1990. Wade Wilson does a stint in the military and then as a mercenary before becoming a test subject of a scientific project aimed at creating superhumans. This project gives him the standard array of superhuman reflexes and stamina, as well as a regenerative ability so advanced that he can regrow organs or limbs. It also pauses his terminal cancer, which is great, but it severely disfigures him as well, which is not so great.

In his first couple appearances, he's a gruff expert mercenary (just like Slade Wilson). He eventually gets his own comic book series in the late 1990s, morphing into the "merc with a mouth." His constant quips and tendency to break the fourth wall allow him to be one of the funniest characters in comic book history. He typically wields katanas and pistols.

All right, now bear with me here. It might seem like I'm repeating some of the previous section, but I'm not.

Deathstroke is a DC villain who appears in The New Teen Titans in 1980. He also serves a stint in the military, becomes a mercenary, and participates in a superhuman scientific experiment, leaving him with advanced reflexes, stamina, strength, and regenerative abilities. He can't regrow entire limbs like Deadpool, but he can access 90 percent of his brain! This is supposed to be impressive, based off the myth that humans only use 10 percent of their brain, but DC hasn't updated this bit of lore.

Deathstroke is considered an expert at pretty much every weapon, but his frequently depicted wielding katanas.

When Has Deadpool Appeared on Screen? 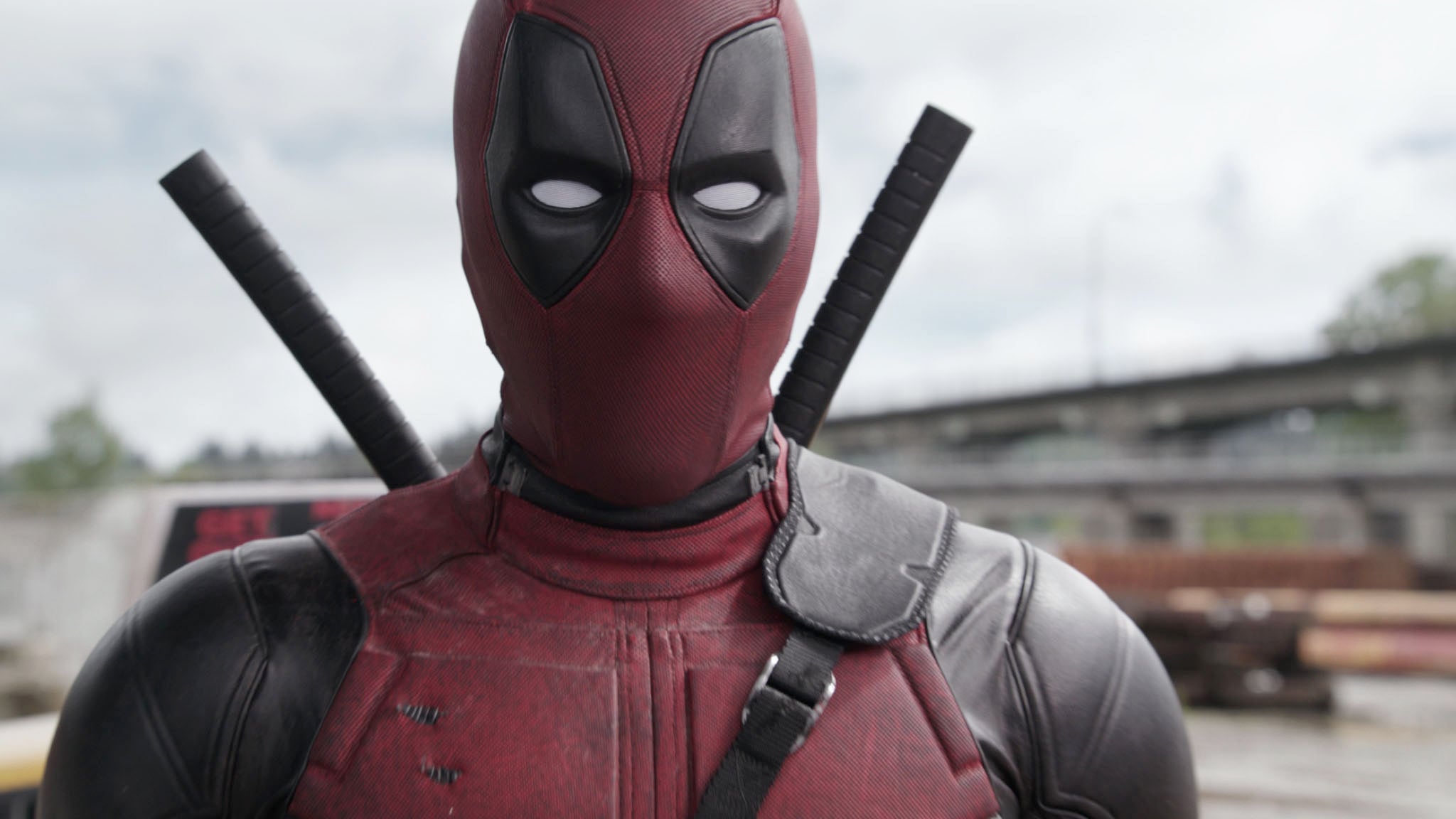 Deadpool has had several cameos in cartoons throughout the years, including the popular X-Men TV series. It wasn't until X-Men Origins: Wolverine that Deadpool got his big silver screen debut. Ryan Reynolds plays a wise-cracking superpowered mercenary with faster-than-bullets katanas, but it's considered to be one of the most inaccurate portrayals of a character ever.

The appearance caused such an outcry that Reynolds started pitching for Deadpool to get his own movie, done right this time. The character now has two hugely successful movies (pictured above), with hopes for more appearances throughout the Marvel universe.

When Has Deathstroke Appeared on Screen? 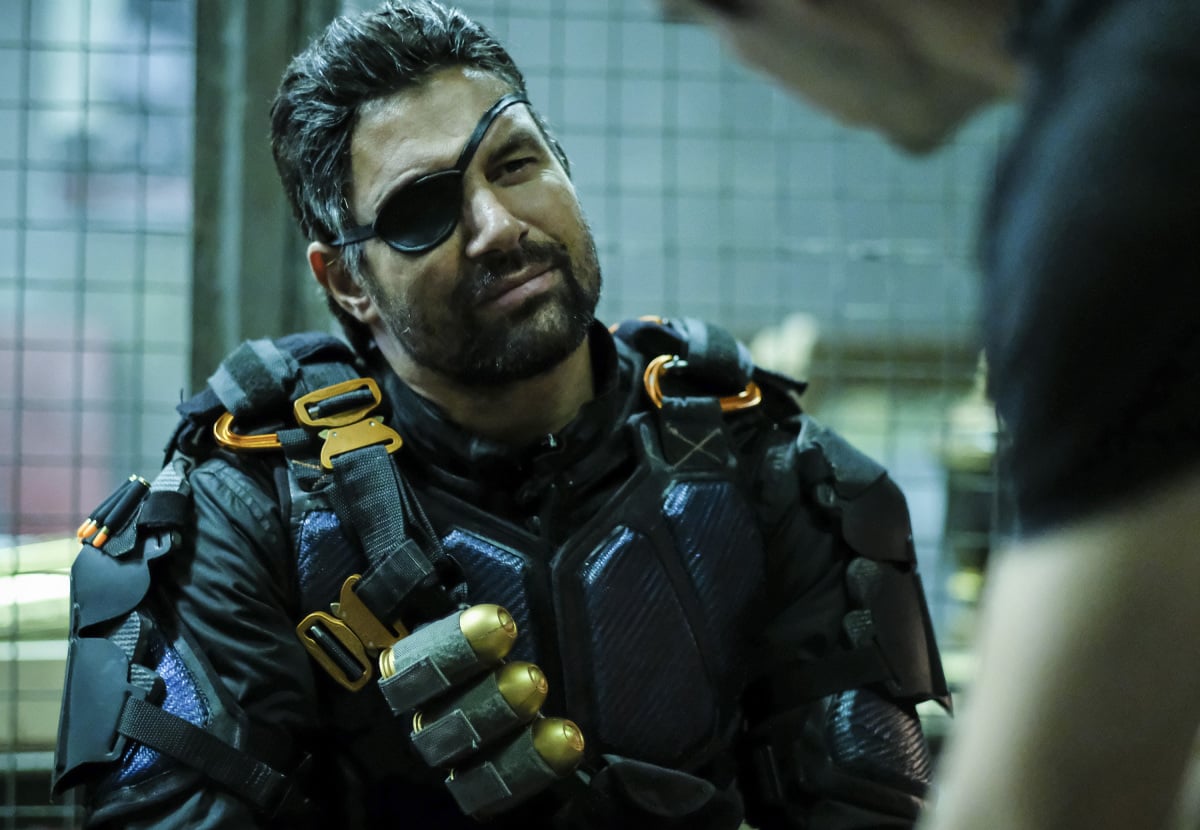 Deathstroke has actually had more screen time than Deadpool, but he also had an extra decade to establish his presence. He's been featured in Teen Titans, Justice League: Invasion, Smallville, and Arrow (above). What's more, Joe Manganiello has been cast as Deathstroke within the live-action DCEU.

Although it hasn't been released yet, Deathstoke will also appear in Teen Titans Go! To the Movies. In the trailer, he is mistaken for Deadpool. It's a cheeky reference for any comic book fan whose kids drag them to see the movie.

Have Deadpool and Deathstroke Ever Met?

Eh . . . kinda. In 2006, Superman/Batman featured a meetup between the two. It's not called out directly, because that'd be copyright infringement, but it's pretty obvious that Deathstroke's mouthy doppelganger is Deadpool. That's two times that DC has called Marvel out for copying it!

Fans often speculate about what would happen if these two mercenaries did meet, with varying results. Deadpool's personality has evolved so much that the two have little in common now, but fans still like to compare them and pit them against each other. Deathstroke is older and missing an eye, which would definitely affect his depth perception (at least, it should, outside of a comic book world). He also has a lot more tactical expertise than his younger counterpart, since he can access 90 percent of his brain. On the other hand, Deadpool has way more advanced regeneration, effectively making him immortal.

Ultimately, we're probably never gonna see the two face off. We'll probably just see DC throw a little more shade at Marvel for ripping off the character, right down to the name, but Marvel can't really be bothered. It's raking in some serious dough from the character now, and the characters have gone two totally different directions since their origin. They're both engageing in their own way, but you'll get something different from each of them.

Deathstroke represents all the cheesy, slow-motion, awe-inspiring feats that comic books can give us, and Deadpool parodies it. They actually balance each other out.