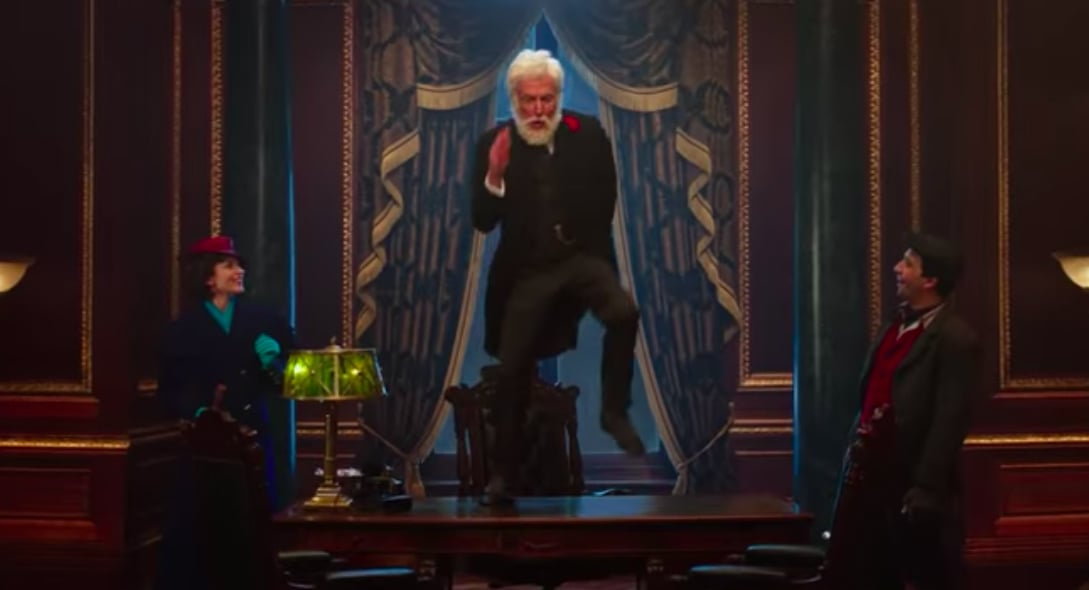 Mary Poppins Returns is one reboot we're actually looking forward to this year. The upcoming Disney film will tell a brand new story (and feature a brand new Mary Poppins, played by Emily Blunt), but rest assured that it's still paying tribute to the original. While Julie Andrews (aka the OG Mary Poppins) has already confirmed that she won't be appearing in the film, her former costar, Dick Van Dyke, will be making a sweet cameo.

The 92-year-old, who previously played Bert in the 1964 film, will be playing Mr. Dawes Jr. in the remake. And if his appearance in Mary Poppins Returns trailer looked familiar, there's a reason why. Mr. Dawes Jr. is the son of bank director Mr. Dawes from the original film, who was also played by Van Dyke. Sadly, the original actor who played Mr. Dawes Jr., Arthur Malet, passed away in 2013, so having Van Dyke take on the role seems like the perfect tribute to fans.

Related:
Did the Mary Poppins Returns Trailer Turn You Into a Gigantic Puddle of Tears, Too?

Rewatch the trailer below, and keep your eyes peeled for Van Dyke's cameo around the 2:07 mark.