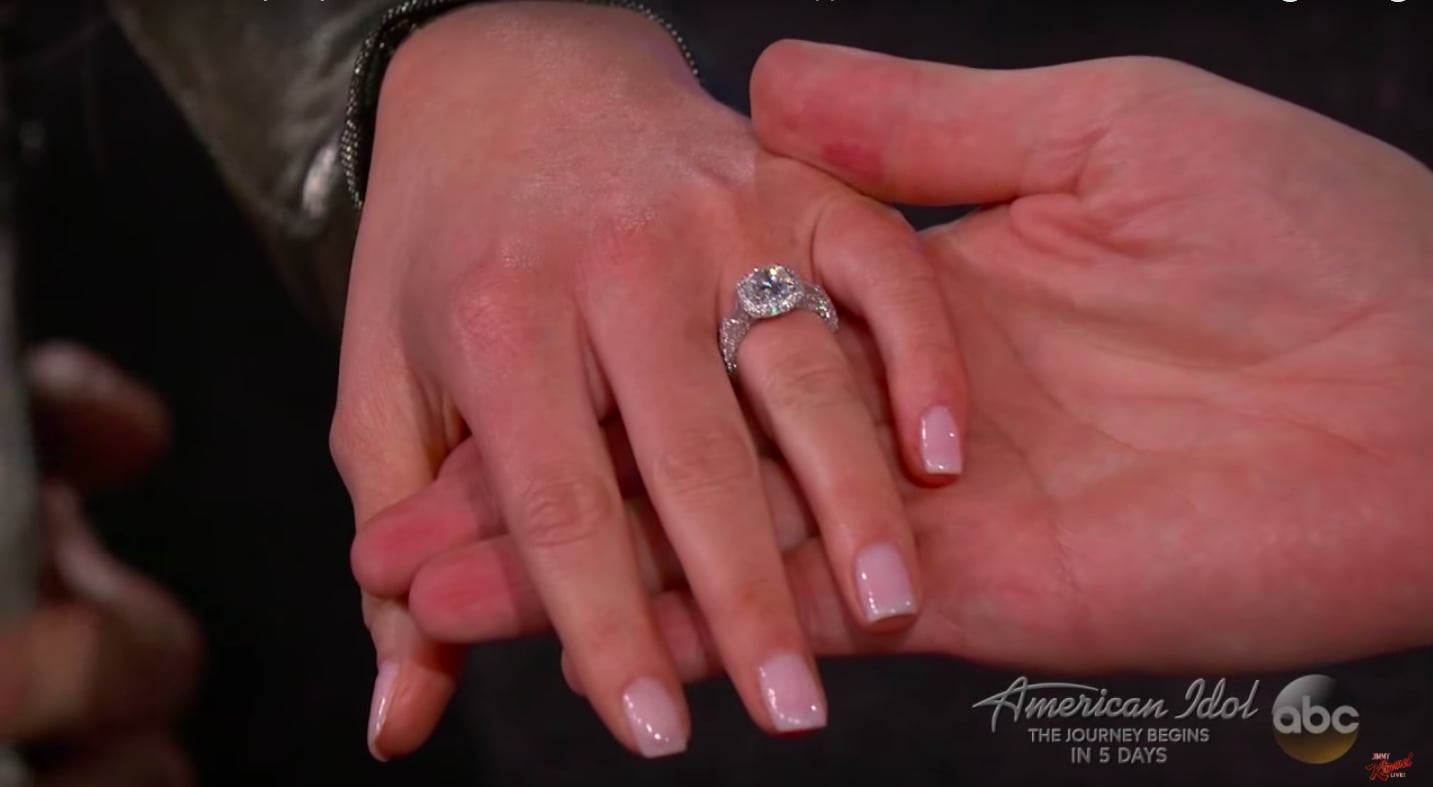 After a lot of drama and heartbreak for both women on the Season 22 finale of The Bachelor, Arie Luyendyk Jr. has finally found love with his original runner-up Lauren Burnham.

On Tuesday's episode of After the Final Rose, Arie not only revealed that he was happily dating Lauren, after breaking up with his fiancée Becca Kufrin only weeks after getting engaged to her, but he actually dropped down on one knee in front of the studio audience and asked Lauren to be his wife . . . and she said yes!

As soon as this proposal took place, fans of Bachelor Nation had a lot of questions, including what on earth was Arie thinking, proposing when his ex-fiancée was in the building, and did he use the same ring?

While it was a little unconventional — which seemed to be the theme of this season of The Bachelor — Arie did in fact pop the question with a new ring, but interestingly enough he always had his eye on it.

"Arie picked a gorgeous ring for Becca and genuinely spoke so highly of her, but he kept coming back to this other ring and saying how perfect it would be for this other girl — who it turns out was Lauren [Burnham]," Neil Lane told People when talking about Arie's journey to not one, but two proposals.

Related:
Cue the Wedding Bells! Arie and Lauren Are Getting Married Sooner Than You Think

"When I was told he'd broken off his engagement to Becca and was considering proposing to Lauren, I offered him a selection of rings . . . but he ended up picking the same one for Lauren that so intrigued him in the first place, back in Peru," Lane told the publication. "It was like kismet."

OK, so Arie didn't give Lauren the same three-carat, oval diamond ring he gave to Becca in Peru, but he did give her a Neil Lane ring, which can only mean one thing . . . ABC must've paid for it!

While ABC hasn't said whether or not they did provide the money for Lauren's ring, with the hefty price tag of about $80,000 for Lauren's sparkler — hers is a 3.65 carat cushion cut centre diamond ring with a halo of diamonds surrounding it, complete with two baguette diamonds on the side, and 170 smaller round diamonds on the band — it seems highly likely that Arie didn't have to shell out any of his own money to propose for a second time.

In fact, with so many well wishes from Lane himself, it really feels like it was the only ring Arie wanted to give, and the diamond designer could feel it all along. "It's really a wow ring — and for everyone involved, this whole season has been a 'Wow' experience. I really do hope Arie has finally found happiness," Lane added.

So, technically, it was the final proposal ring, which ABC does pay for every season, so we're going to move forward with the assumption that since Becca gave back her ring before the After the Final Rose special that Arie was allowed to re-gift — uh, we mean, start over — with a new, paid for, ring for his bride-to-be.