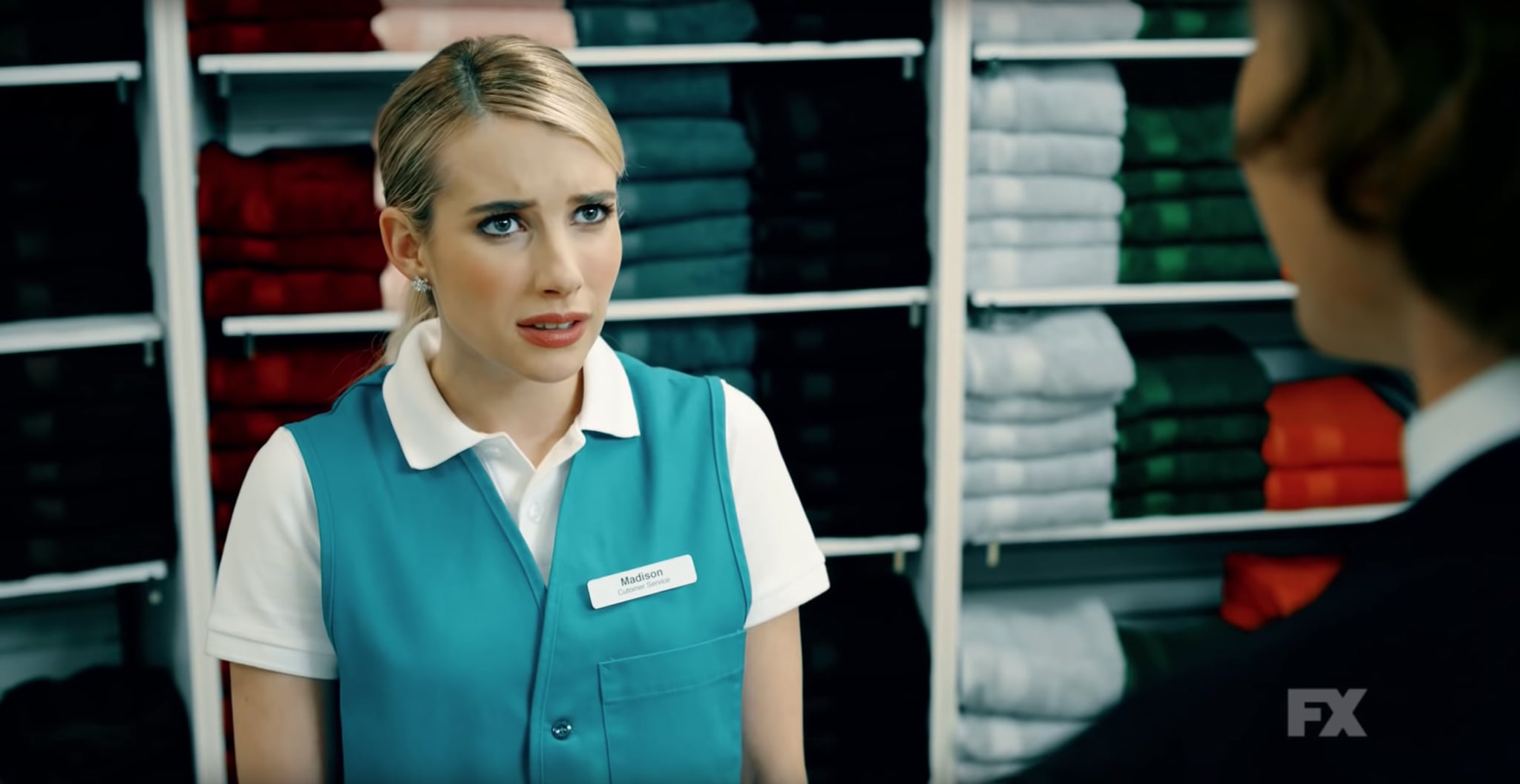 When it comes to American Horror Story: Apocalypse, we have a lot of questions that desperately need answers. But one of the most pressing pertains to the returning witches from Coven, specifically Madison Montgomery, Myrtle Snow, and Misty Day. As we well know, these three witches perish (all for the second and final time) in the season finale. Misty doesn't make it back from Hell while performing the Seven Wonders' "Decensum," Myrtle gets burnt at the stake again, and Kyle murders Madison and hides the body with the help of Spaulding. So how is it that all of them are back in action for Apocalypse?

The most obvious solution is that Cordelia, the new Supreme, uses her extraordinary powers to revive her sisters. But it also seems kind of unlikely; Myrtle begs Cordelia to hold her accountable for her crimes against other witches, and Cordelia also admits that there's no way to bring Misty back. As for Madison? Everyone assumes she's fled to Los Angeles after she storms out of the Seven Wonders trials. It would be a long time before Cordelia realised she actually died and needed to be revived. Which brings us to another, much more interesting option: I think Michael Langdon had a hand in bringing these witches back.

In the preview for the season's fourth episode, we're clearly having a flashback moment. Michael, who has much shorter hair, approaches Madison in what appears to be a Bed Bath and Beyond type of store. Madison is a customer service representative, as evidenced by her uniform and nametag. When I first saw the preview, I was confused as to how or why Madison would be working this job. Wasn't she a famous actress in Hollywood? I suppose there's a chance we're flashing back to before her career explodes, but she looks so similar to the Madison we meet in Coven, it seems unlikely. That's when I realised that Michael must be visiting Madison in Hell.

Think about it: if you're a spoiled, entitled, filthy-rich actress, then a dead-end job in retail would be the worst place to spend eternity. Dealing with horrible customers, cleaning up a messy sales floor, never clocking out, wearing unflattering clothes . . . these are all things that would make Madison Montgomery shiver in her Louboutins. It makes sense that this is her version of Hell. And Michael, who clearly has powers, who clearly worships Satan, who may very well be able to perform the Seven Wonders (and more), would certainly be able to pay her a visit.

Related:
This 1 Fact About American Horror Story Is Either a Huge Hint or a Major Problem

This also could explain why Michael possibly stops by the Hotel Cortez as well; it's the last known whereabouts of human voodoo doll Queenie, who is also expected to reappear this season. As for what Michael would want with the witches? That I can't answer. I'm guessing he began recruiting them as part of his plot to take over the world (or initiate the apocalypse). And truth be told, we don't know for sure that Michael is against the witches. It's possible they're all on the same team. And even if they're enemies in the present day, there's a chance they forged an alliance once upon a time, and that it's since dissolved.

I'm shivering. This is why I love the new season of American Horror Story so much: the twists are surprising, the plot remains largely enigmatic, and the story has me on the edge of my seat. I can't wait to see what happens next.