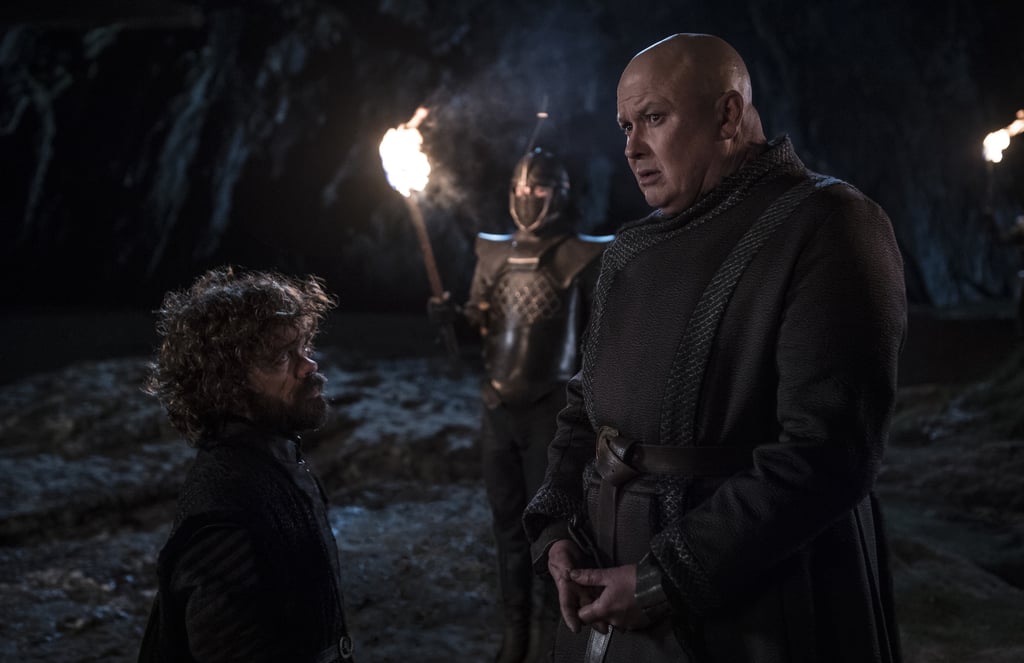 Game of Thrones: The Subtle Detail About Varys You Might've Missed in Episode 5

Daenerys's surprise decision to burn down King's Landing easily comes in at the top of the list of the most insane moments that occurred in Sunday night's episode of Game of Thrones. But in the midst of all that chaos, you probably missed a pretty subtle detail that may have played a key role in the death of a major character at the beginning of the hour.

When the episode starts off, we see that Varys has been employing a young girl named Martha to go back and forth from the kitchen to Daenerys's quarters in an attempt to get her to eat. At first glance, it may seem like Varys is just looking out for the Dragon Queen — after all, she did just lose one of her closest advisers and another dragon. But according to a few very attentive fans on social media, the Master of Whispers may actually have been trying to poison Daenerys.

Related:
Game of Thrones: We Need a Moment to Process That Surprising Jaime Confrontation

After Martha makes another failed attempt to get the queen to eat, the young girl tells Varys that she's afraid Daenerys's soldiers have been watching her. "Of course they are," Varys says. "That's their job. What have I told you, Martha?" To this, Martha responds, "The greater the risk, the greater the reward." It's pretty clear at that point that Varys and Martha are up to something fishy, considering she wouldn't exactly be risking much if food was the only thing she was bringing Daenerys. But of course, since Daenerys isn't in her right mind, she inadvertently (or not) thwarts Varys's potential plan to bring her down.

This is also apparently a callback to a moment in season one, when Ned tells Pycelle that "poison is a woman's weapon" — "Yes. Women, cravens . . . and eunuchs," Pycelle responds. And as we all know, Varys is a eunuch, and it's very likely that he could have been using poison as a weapon during this moment.

Of course, it hasn't been made super clear that Varys was actually trying to take down the queen, but the evidence kind of checks out, don't you think? Read ahead to see some fan reactions to the episode's very subtle detail.