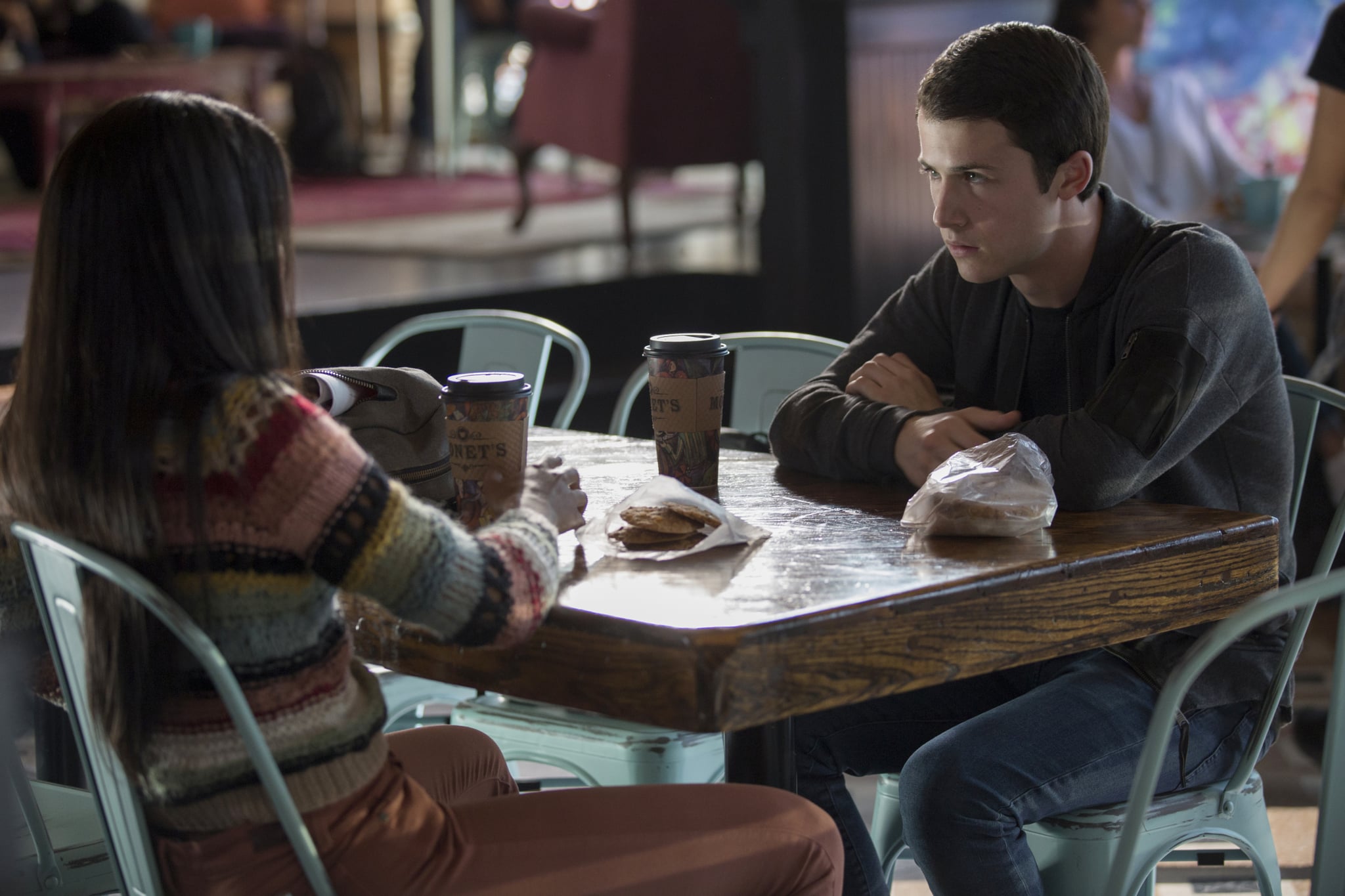 Warning: major spoilers for 13 Reasons Why season two below!

The second season of 13 Reasons Why puts Clay Jensen in a harrowing scenario — one we're sure has already borne screenshots predicting his demise. In the season finale, we find the students of Liberty High gathered in the gym for the Spring Fling. Outside, Tyler Down drives up armed with a semiautomatic rifle and several handguns. The camera circles Tyler as he loads weapon after weapon onto his body.

In lieu of a soundtrack, we're given a nervous voice-over from a future version of Clay: "The next time someone is in desperate need and they are about to make a terrible mistake, what do we do? Do we look the other way? Do we just protect ourselves or do we help them? Do we do whatever we can to save them? I think I know what Hannah would want us to do."

Even though present-day Clay is inside the dance, he's aware that Tyler plans to perpetrate a mass shooting. So Clay tells Justin Foley to gather his classmates, "lock the doors, stay inside, and don't call the police." That last instruction is a bit disconcerting since the first step in most active-shooter situations is to alert the authorities. However, we know from the narration that the instruction is meant to help save Tyler's life. Police intervention would mean certain death, and Clay intends to do for Tyler what he was unable to do for Hannah — extend a lifeline.

In the moments that follow, Clay heads outside to confront Tyler before the photographer can enter the school. We watch from the edge of our seats as the pair square off in an emotional showdown that results in Tyler burying the muzzle of his rife into the delicate flesh of Clay's throat.

As sirens blare in the distance, Clay pleads for his life and the life of his friends. But he also does something unexpected . . . he pleads for Tyler's life: "I don't want you to die. If you think this is the way, if you really think this will really change a Godd*mn thing and not just be another f*cking tragedy that adults cry about for a week and then forget, if you really think that this is going to be different, then do what you gotta do."

Then Clay reaches out his hand to make a connection, pushing the gun toward the ground in the process. Tyler's face softens, and we know that Clay's words succeeded.

Second later, Tony Padilla pulls up to whisk Tyler away before the cops arrive. Clay grabs the rifle from Tyler to prevent him from doing further damage. Hence, the final image of the episode is Clay holding the rifle in front of him while fighting back tears, which is probably one of the screenshots that put you in doubt.

Well, we're here to assure you that Clay survives another season, but we wouldn't be surprised to hear of another Liberty High tragedy lurking around the corner.