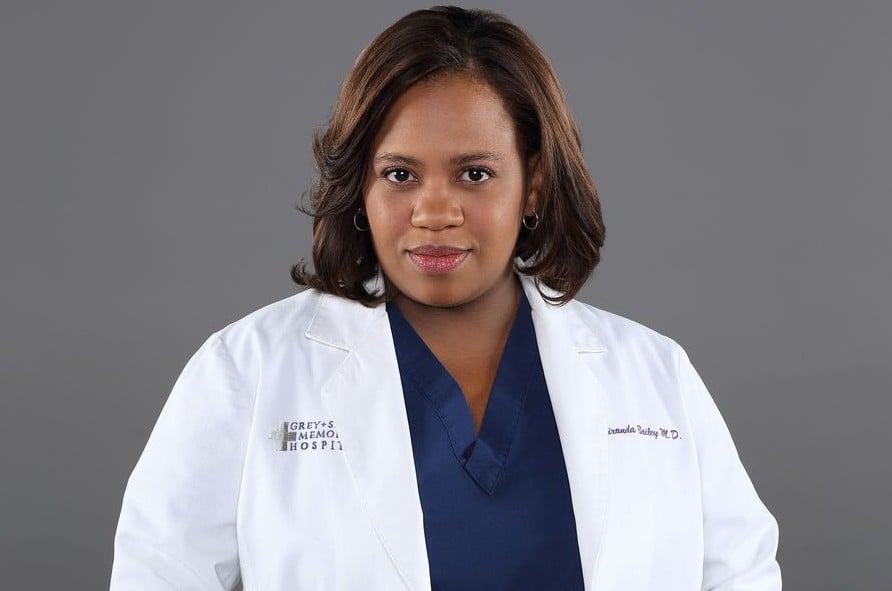 Last week's episode of Grey's Anatomy had us reeling with questions, the most important being "Is Bailey going to die?!" This week's episode gave us fans an answer, so if you haven't watched yet stop now or forever hold your peace.

We are greeted by a flash-back of Bailey's childhood, with her mother calling her name and the head of surgery giving a voice-over basically saying if her job kills her she will be happy. Once the flashback ends we are treated to a snapshot of Miranda, Ben, and their son Tuck on their drive to school.

Everything seems happy until Tuck exits the vehicle, and Bailey goes back to being mad at Ben for his new firefighting gig (who can blame her, he was a little selfish while making that decision). Throughout this whole scenario we see Bailey pop some Tums and seem overall a little bit off, a foreshadowing of what's to come.

Bailey enters a hospital (Not Grey Sloan) after giving her husband the cold shoulder, where she abruptly tells the receptionist in the iconic preview scene "My name is Miranda Bailey, I'm chief of surgery and I believe I am having a heart attack."

While we are panicking over if Bailey is about to die, we are also thrown into a world of frustration when Dr. Maxwell enters, and quickly decides that Bailey is just a paranoid woman. Dr. Maxwell claims that Bailey is simply stressed and her OCD is acting up, and when she asks for a second opinion he send a (male, of course) psychologist. She continues to argue that she is being overlooked, asking these men why they dismiss women every time they claim to have physical symptoms, but she is ignored and refused a stress test. By this point we are breathing into a paper bag and simultaneously screaming at Dr Maxwell.

Bailey isn't a quitter though, so she calls Maggie to handle the situation. When Maggie arrives she is surprised to see the Chief (who knew just from Bailey calling out sick where she was), but neither of them find Bailey in her bed. Instead she is giving compressions to the patient having a heart attack next to her, but this act is what sends Bailey into a fully fledged heart attack herself. This whole time Bailey is having flashbacks to her mother and stressful job, which seems to be her trying to sort out some guilt for her career choice.

Maggie is understandably livid that none of the doctors believed Bailey about her heart attack, and after Dr. Maxwell fails at fixing Bailey's heart Maggie takes over. She does a procedure that Dr. Maxwell (who should honestly have his license revoked in my opinion) doesn't even know about, and calls Ben so that Bailey has support. Something goes wrong midway through the process of getting Bailey's heart back, and because it's Grey's we are then taken to the waiting room where Ben and the Chief are waiting.

The Chief has a talk with Ben while there, explaining that Ben is asking Bailey to wait like this every time he leaves to fight a fire. Ben seems to really take this into account, and has a possibly life changing moment.

Miraculously Bailey survives! Ben is mad at her that she didn't call and just said it was "heartburn," and even says he won't be fighting fires. But almost dying has changed Bailey, and she decides that Ben should fight fires! The episode ends with Bailey calling her mother, who throughout the flashbacks was constantly worried about her daughter's safety, telling her she had a heart attack but is going to be okay. Surprisingly when called, Bailey's mother says "I know, I know you are. You're my Mandy."

Can we just say how relieved we are that Bailey is okay, and how doctor's really should take female patients more seriously? All of this could have easily been avoided.