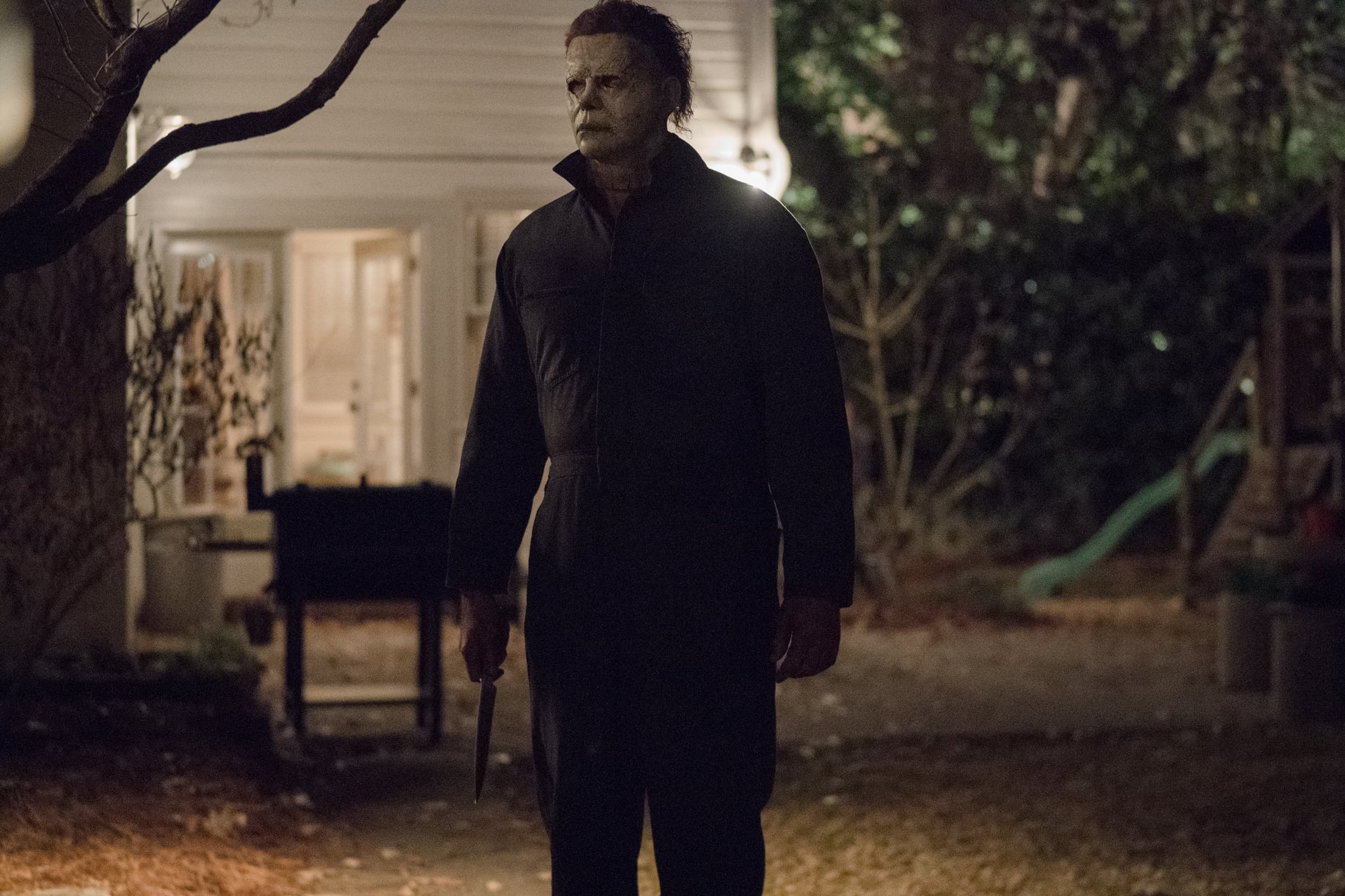 Lock your doors and hide your butcher knives, because Michael Myers is back.

The infamous serial killer makes a bone-chilling return in David Gordon Green's stylish, nightmarish Halloween, which is far smarter than most of the 1978 original's endless line-up of sequels while still paying homage to John Carpenter's film in a number of ways. From the reappearance of "final girl" Laurie Strode (Jamie Lee Curtis) to a recreation of a certain scene in a high school classroom, there are unmissable nods to the original film, including its treatment of Michael's fate. In other words, like many Halloween instalments before it, the status of the serial killer is left uncertain.

First thing's first: this version of the story ignores everything that happened in the sequels to Carpenter's 1978 film. It picks up with Laurie 40 years after Michael brutally murdered her friends on Halloween night, and makes it clear that the incident irrevocably changed the fibre of her being. She went on to devote her life to preparing herself to face Michael again one day, turning her remote cabin in the woods into a booby-trapped compound and training her young daughter, Karen, as a mini-survivalist. Of course, Laurie's parenting methods lead to Karen being taken away by social services, resulting in Laurie becoming even more withdrawn and focussed on killing Michael.

Related:
Halloween Doesn't Have a Postcredits Scene, but There IS Something Lurking at the Very End

As she tells Officer Hawkins (Will Patton) in the new movie, she even "prayed" for Michael's escape from the psychiatric hospital where he was being held so that she could have the chance to take him down herself. No offence to Laurie, but we have to agree with Hawkins's response: "That was a dumb thing to pray for." Fortunately Michael's subsequent escape makes for a riveting showdown between the pair. After killing just about everyone in his hometown of Haddonfield, Michael finds Laurie's cabin and the two begin to stalk each other. Meanwhile Karen (played as an adult by Judy Greer) and her own daughter, Allyson (Andi Matichak), take refuge in the home's secret basement, which is only accessible through a secret door under the kitchen island. Michael appears to get the drop on Laurie, literally, when he throws her out of a second floor window to her "death." He marches down to the kitchen and rips the island out of the floor to get to Karen and Allyson, but luckily Karen takes advantage of her mother's stockpile of guns and shoots Michael, who tumbles into the basement with them.

That's when Laurie miraculously reappears up in the kitchen and helps pull her daughter and granddaughter to safety, just as Michael is standing back up and crawling up the stairs towards them. Karen pushes a button at the last minute and metal spikes pop out to completely cover the opening to the basement, making it clear that Laurie always intended for Michael to get into it — the basement was a trap all along. Laurie then presses another button that releases gas into the basement and lights everything on fire, incinerating her nemesis, along with her home.

However — however — as any horror fan knows, it's not truly over until we see a body. The camera shows Michael standing amid the flames in the basement, and then follows Laurie, Karen, and Allyson as they escape. But when it pans back to the basement, the only thing visible is the rageing fire — no charred corpse in sight. The film ends with the three generations of women being driven to safety by a passerby, lingering on Allyson's hand clutching Michael's bloody knife.

So, is Michael dead? It seems highly unlikely that he could've escaped Laurie's extremely secure basement, but we've been burned by this franchise before (pun most definitely intended). Despite the film's lack of a postcredits scene, this murky ending is unquestionably a way for Halloween to leave things open for yet another sequel.