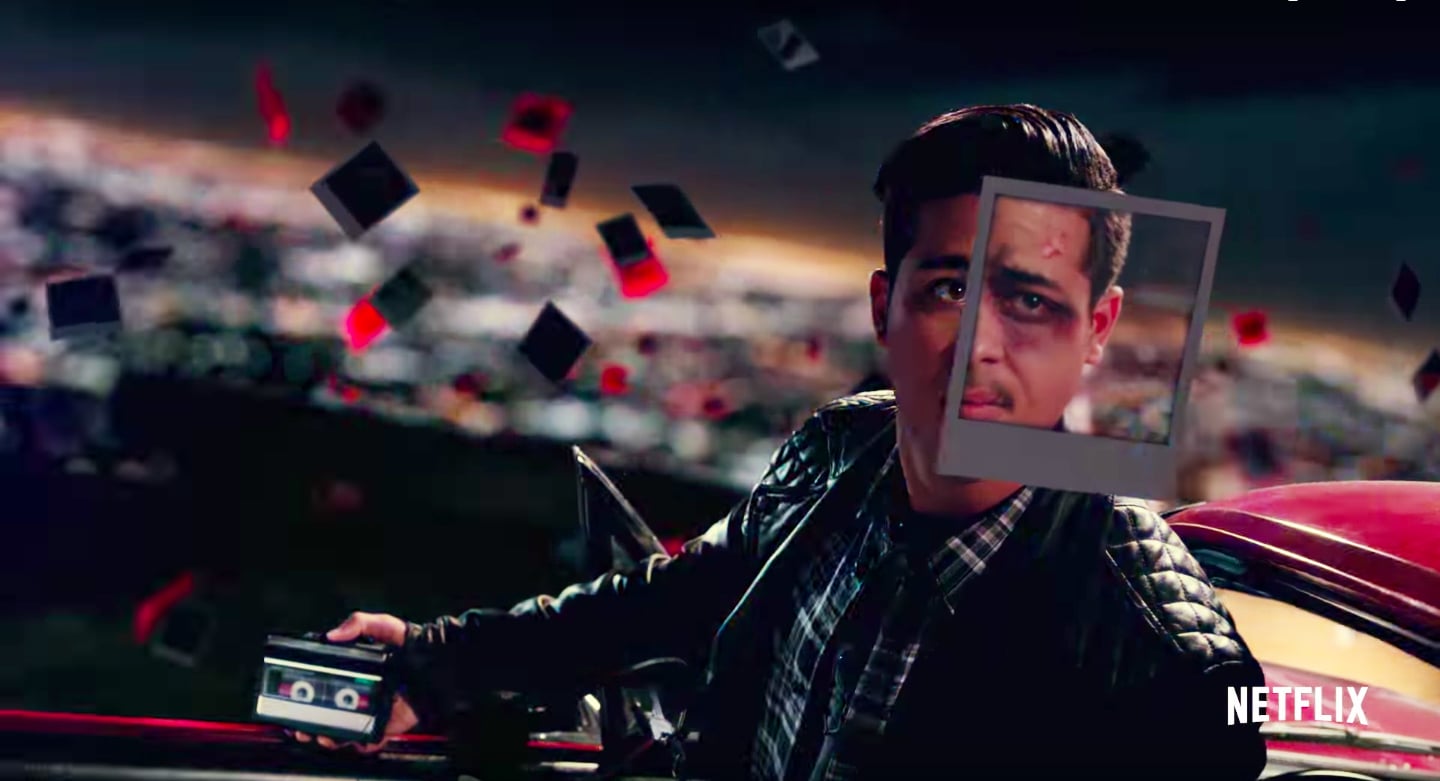 The 13 Reasons Why season two trailer shows Tony standing next to his iconic Ford Mustang . . . which is now all banged up. His car isn't the only thing in less-than-pristine shape — Tony has some bruises, too. We're freaking out a little for this fan favourite. Should we all be worried?

The most obvious theory is that Tony is going to be in a car accident. We don't know if he's the driver, he's in the car alone, or Ryan (in the passenger seat in the trailer) is involved. Perhaps he gets beat up and his car vandalized as a result of being the tape messenger?

Then again, maybe the Polaroid of Tony is indicative of a past event he endures before Hannah's suicide. Tony isn't really given much of a storyline in season one to explore who he is, what makes him tick, and what he's been through — he is just the messenger of the tapes. Our guess is that the Polaroids represent a flashback to an event that occurred before anything in season one and that we'll unravel it this season.

The show's creator, Brian Yorkey, told The Hollywood Reporter that season two will "explore how these characters deal with the aftermath of what happened to Hannah." While the first season focuses on events leading up the suicide of the main character, Hannah, the second season will focus on a trial. Hannah's parents will pursue legal action against the high school for not intervening soon enough to help Hannah, and it's in the midst of these court appearances that the story will unfold.

"The kids are called in to testify, we get to hear their side of the story; secrets are revealed, and we learn things we didn't know before," Yorkey told The Hollywood Reporter. "There's a mystery that Clay, with the help of Tony and some of the other friends, will unfold over the course of the season that ends up being very instrumental in the trial."

We'll find out more when the season premieres on May 18!