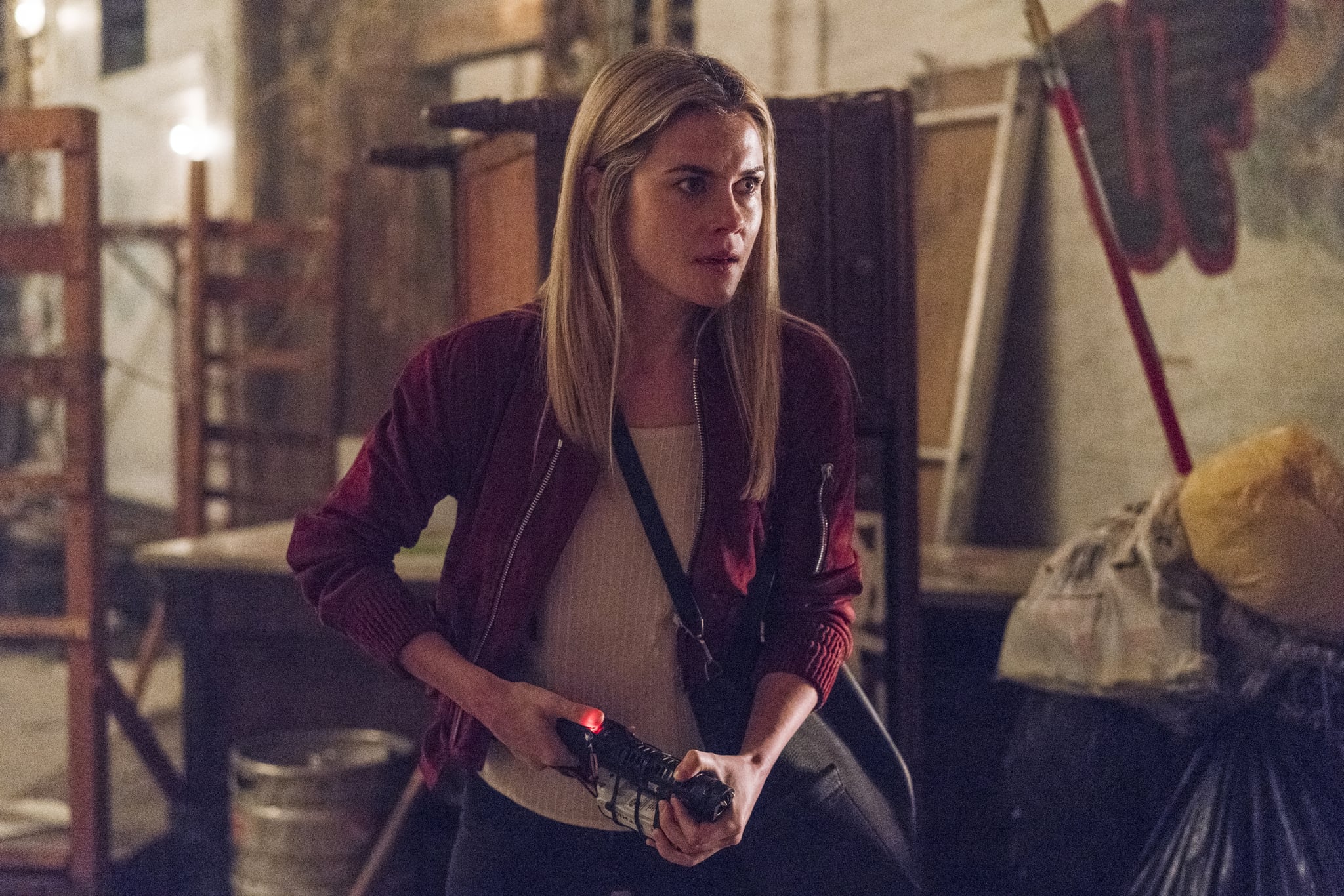 Big spoilers for season two of Jessica Jones lurking below!

Jessica Jones's second season has a lot going on, what with a person from Jessica's past making their shocking return and all that shadowy IGH business. But it's one of the season's frustrating subplots that actually ends up being one of the most satisfying during the last few minutes of the finale.

Throughout the 13 new episodes we see Jessica's adoptive sister, Trish Walker (Rachael Taylor), struggling to come to terms with the fact that despite her strengths as an investigative reporter and her massive celebrity platform, she's still just an ordinary human being without superpowers. Her desperation to fight alongside Jessica punch for punch leads her down a dangerous path, one that involves huffing Will Simpson's inhaler filled with the Combat Enhancer drug a few times a day. It might give her superstrength and agility for a small period of time, but the come down from the toxic gas is a doozy. Naturally this causes the former addict — who is now hooked on being a heroine — to fall off the wagon in a major way, destroying her relationships with everyone from almost-fiancé Griffin Sinclair to Alias Investigations associate Malcolm Ducasse.

It's an exasperating storyline for one of our favourite characters, but fortunately it ends in a way that gives us hope for Trish. Once the inhaler runs out, so does her patience. As we see in the last two episodes, she goes behind Jessica's back to kidnap Dr. Karl Malus and force him to infuse her body with powers the same way he did to Jessica 17 years earlier. The procedure nearly kills her, but thanks to Jessica's quick actions she's saved and brought to the hospital just in time. While she initially seems superpower-free, Trish's last scene in the season confirms that she's come out of the Malus experiment with some abilities.

After trying to reconcile with Jessica at her apartment — surprise, surprise, Jessica wants nothing to do with the woman who killed her mother — Trish dejectedly walks towards the lift. Someone bumps into Trish and causes her to drop her phone, which she then miraculously catches with the toe of her shoe. Looks like her superhero alter-ego from the comics, Hellcat, might be in store for season three! While speaking with Entertainment Weekly, showrunner Melissa Rosenberg opened up about where we might see Trish going next. 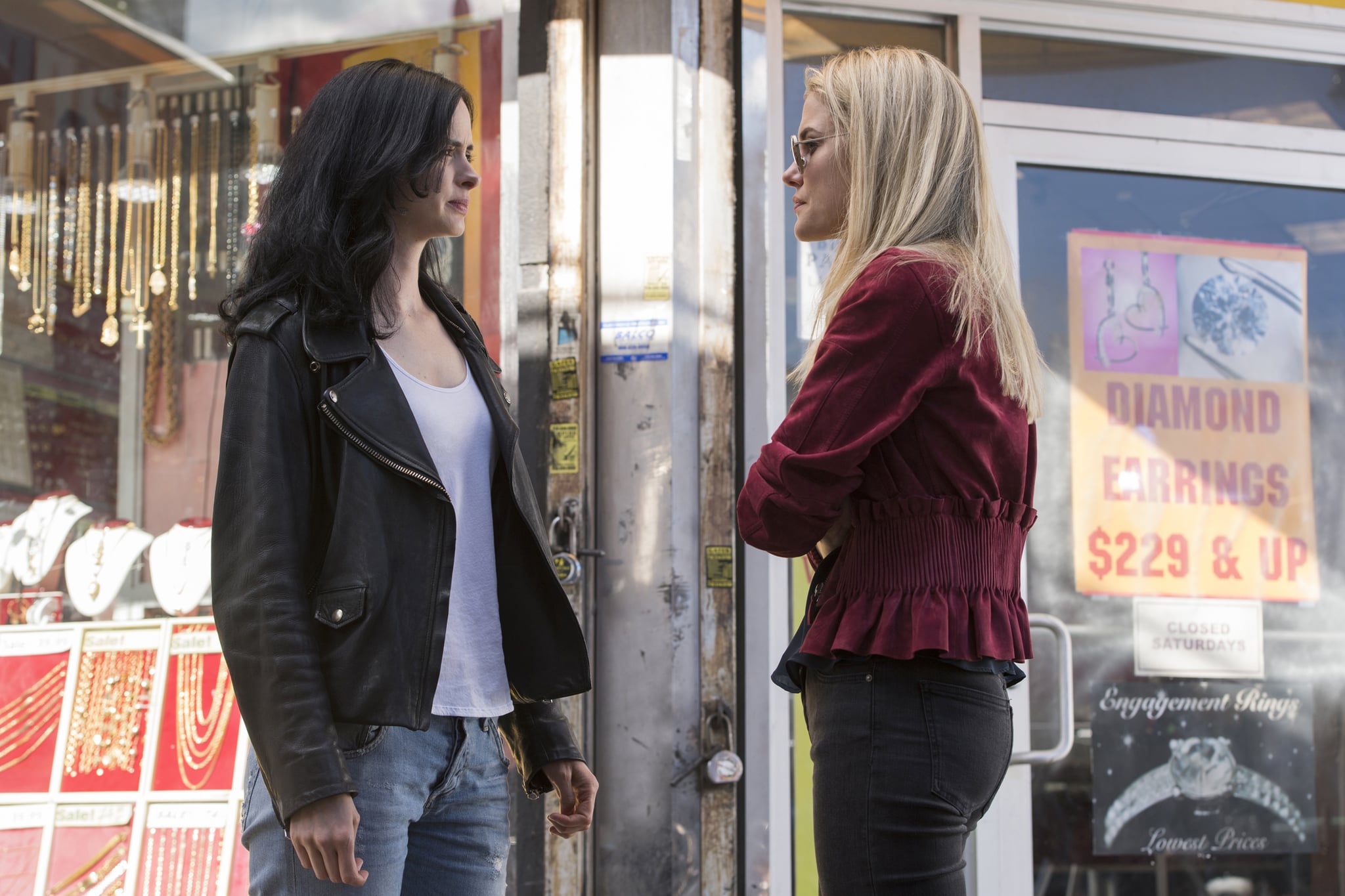 "Trish has this incredible drive to be a hero, to do something powerful and helpful, because she herself as a child was vulnerable to all sorts of ills . . . so there's a genuine heroism in her, but there's also something borne out of damage, that really fuels her ambition and why she's so desperate to be someone," she explained. "All I can say is, I always want to leave a season with doors open, so then if we come back for season three, we have somewhere to go. You never want to box yourself in, but you do want to lay some groundwork."

In the comics, Trish's Hellcat has an almost superhuman level of physical prowess, including enhanced speed, agility, strength, endurance, and reflexes. Only time will tell if we'll see her rocking the yellow catsuit next season.