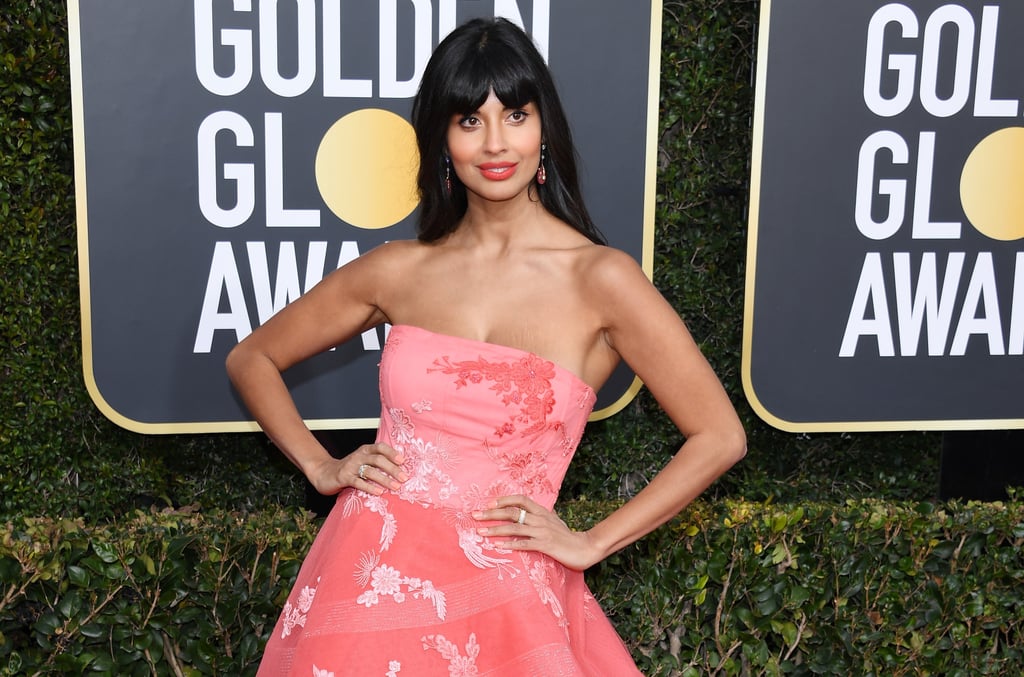 Either there's a super dedicated fan of The Good Place handling the chyrons for E! News, or they all just earned some serious Bad Points.

During an interview between Ryan Seacrest and Penelope Cruz — who is nominated for best supporting actress — at this year's Golden Globes, the camera panned over to actress Jameela Jamil on the red carpet. Jamil, who plays Tahani Al-Jamil on The Good Place, was channelling her super posh, self-absorbed character in a Monique Lhuillier ballgown when a chyron referred to her as Kamilah Al-Jamil — which happens to be the name of Tahani's sister on the show. For those who don't watch the show, Tahani and Kamilah are deeply resentful of each other, forever locked in a competition for their parents' affection that eventually caused Tahani's death. It's a grave understatement to say that Tahani would NOT take being mistaken for her sister well at all.

Intentional or not (though we're hoping it is because it's not even the name of her character), Twitter caught the flub immediately. The Good Place's Twitter gave the perfect response, simply tweeting out, "TAHANI FOUND DEAD." Well technically, dead again. Check out more hilarious reactions to E! News' flub ahead!