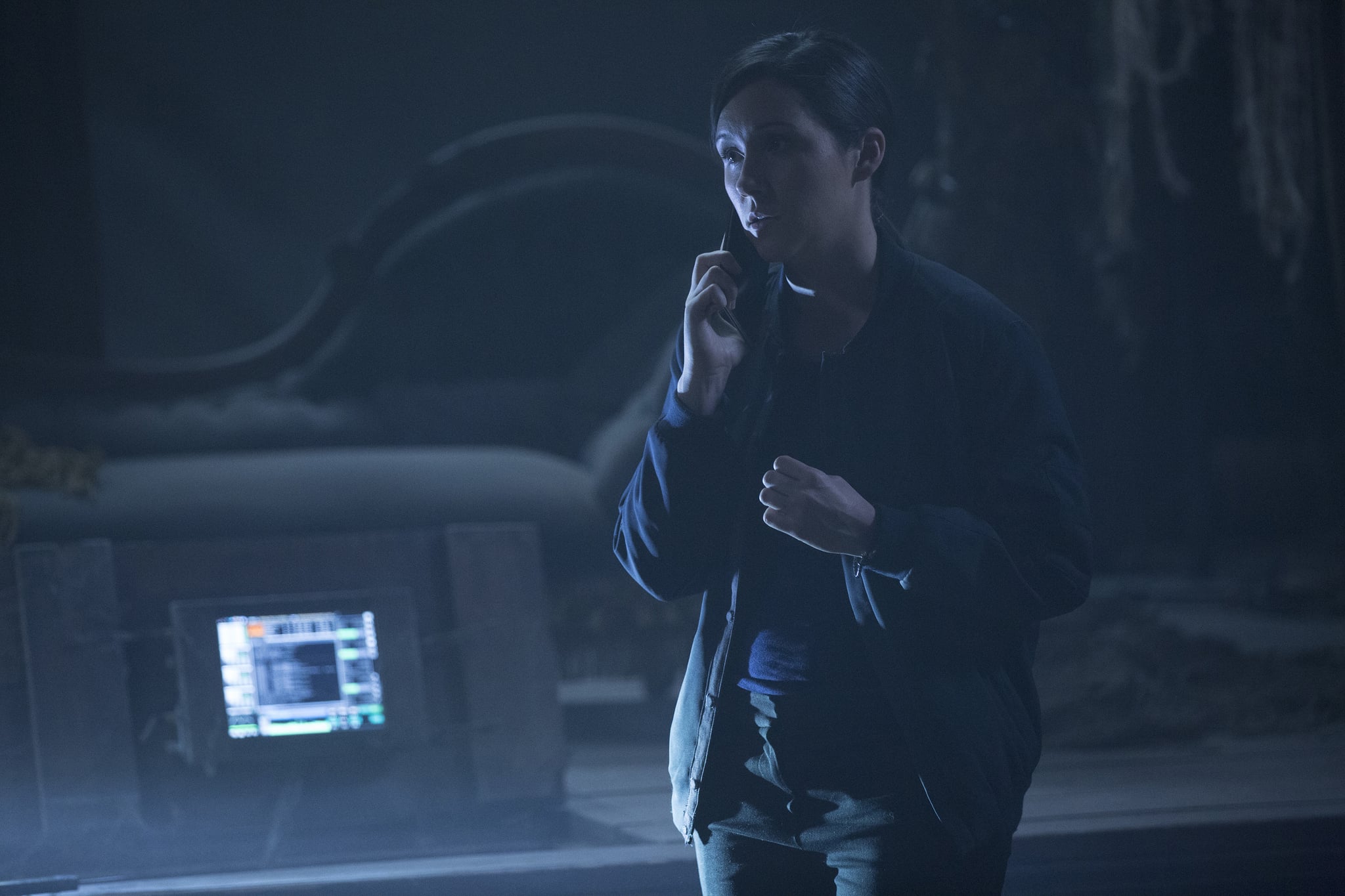 If you're like us, you probably sat through the season two premiere of Westworld scratching your head, trying to figure out what happened to Elsie Hughes. Is she that mysterious brunette floating underwater at the end of the episode? Isn't that hunky Ashley Stubbs, played by Luke Hemsworth, supposed to be searching for her? Well, we don't have answers to those questions, but we can confirm that Elsie will return.

We last saw Elsie in the sixth episode of the first season. She travels into the park alone to investigate the relay source of a rogue signal. She soon discovers the transmission is set for a satellite uplink that belongs to the Delos Corporation and goes underground to investigate. At the end of the episode, someone grabs Elsie around the neck from behind. The audience does not see the culprit or hear from Elsie until episode eight, when we view her in a flashback — a clipped memory belonging to Bernard.

In the moments prior to having his memory wiped by Dr. Ford, Bernard asks if he's had to hurt anyone other than Theresa Cullen, head of quality assurance. Despite Ford's promise that he hasn't, Bernard experiences a vision of himself choking Elsie. This image repeats in the episode nine, but no direct mention is made of our favourite diagnostic technician until after the season finale.

At that time, Reddit user yenwood discovered a series of clues on the Delos Incorporated website that point to Elsie's survival. The site has since closed this peek into its narrative plans, but you can still see a demonstration of the discovery here or listen here for a portion of the original findings. The clue trail leads to an audio transmission and a video clip showing Elsie's tablet in Sector 20 of what we'll have to assume is Westworld, and not one of the other five other parks.

More recently, executive producer Lisa Joy told Entertainment Weekly that both Elsie Hughes and Ashley Stubbs are alive, but not necessarily well. "They're finally getting to experience Westworld as guests and not in the managerial halls, but I'm not sure they're enjoying their experience."

We've already seen Stubbs in the premiere episode hard at work helping to clean up the mayhem wrought by the uprising, but we are sure there is more to his story since his season one arc ended in a tussle with the Native Americans of Ghost Nation. While we wait to witness Elsie's fate, we'll archive this configuration and hope to catch a glimpse of her by mid-season since she always seems to provide the voice of reason whenever the park's violent delights threaten a violent end.