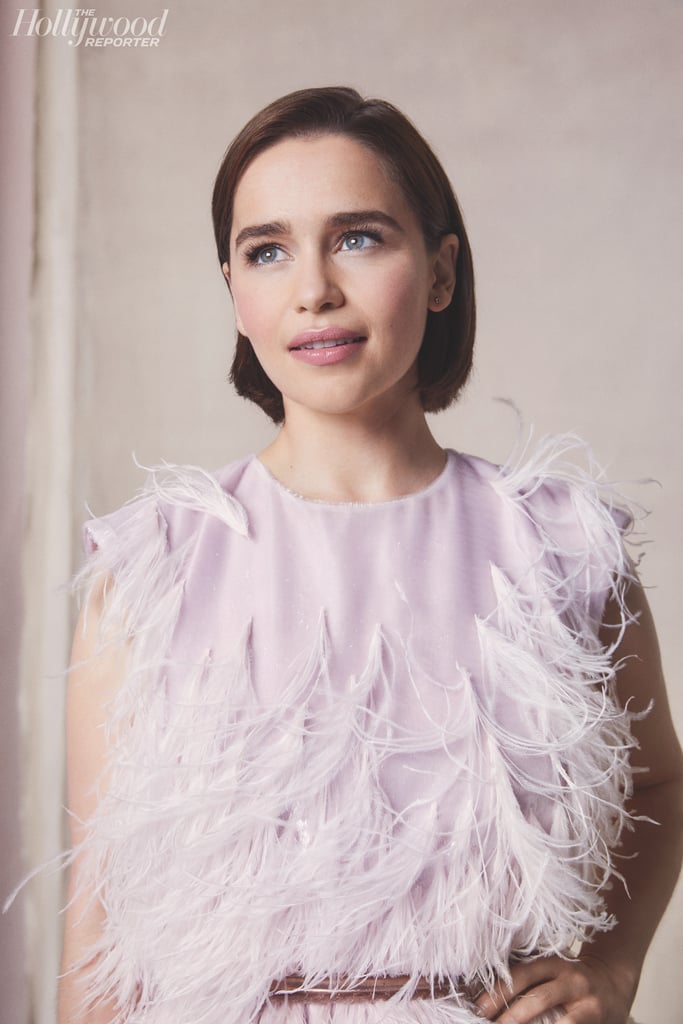 Emilia Clarke Says She Dreaded This Game of Thrones Phone Call: It's Like the "Kiss of Death"

The Game of Thrones finale really tore the internet apart following the heartbreaking murder of queen Daenerys Targaryen, but it looks like no one was less surprised than Daenerys herself. In a recent round-table interview with The Hollywood Reporter, Emilia Clarke revealed that showrunners D.B. Weiss and David Benioff had their own sort of "Dracarys!" signal all along, and she's been dreading it since the show's very first season.

"On our show, you get the call," Clarke said, explaining that it was a preemptive sign that Weiss and Benioff were planning to kill off a specific character. "It'd be like, 'Oh, my God, [D.B. Weiss and David Benioff] want to take me out for dinner,' and that's the kiss of death, literally. Every time they'd ask you out for dinner, they'd have to be like, 'We're not trying to kill you, we just want to get dinner.' But, for me, on a very real level — because I started so green and was so incredibly grateful to be employed — it was imposter syndrome times a million. Every time I read the script, I just assumed that I was going to be written off because I was just crap and that they had had enough."

Clarke went on to say that despite the show's generally cold and stoic tone, she was always determined to "bring a bit more warmth and humanity to [Daenerys]" in whatever sense she possibly could, wanting her character to be multidimensional to showcase her strength. While Daenerys was strong on screen, Clarke had to be strong off screen after suffering two devastating brain aneurysms, and she said she found some of that strength in playing the Mother of Dragons. "[Daenerys] and I grew together and, it's corny as hell, but she saved my life," she said.

It's unclear if Clarke ever actually got the terrifying "kiss of death" phone call from Weiss and Benioff, but with the Mother of Dragons officially dead, we can only guess they pulled out all the stops in honour of their beloved Khaleesi. Watch her hilariously honest interview ahead.

Related:
This Game of Thrones Theory Suggests That Daenerys's Story Might Not Be Over Just Yet
Previous Next Start Slideshow
Celebrity InterviewsGame Of ThronesCelebrity QuotesEmilia ClarkeThe Hollywood ReporterTV