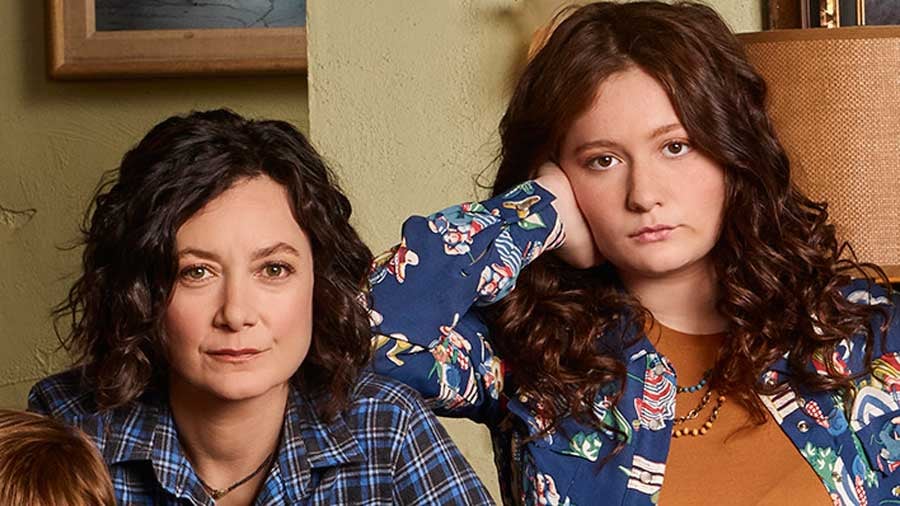 Fans of the Roseanne revival have definitely noticed how absolutely perfect the casting of Emma Kenney is as Sara Gilbert's on-screen daughter, Harris. The resemblance is uncanny, plus Kenney has the typical Darlene snarl and sarcasm down pat.

Harris is a spitting image of Darlene when she was younger. And Darlene's parenting is getting better. #Roseanne

They did a great job casting for Harris on #Roseanne. I buy her as the child of David and Darlene--great resemblance to Sara and Johnny.

The two look so eerily similar that many fans are wondering if they're related in real life. Alas, the answer is no — though that would be super cool if they were. 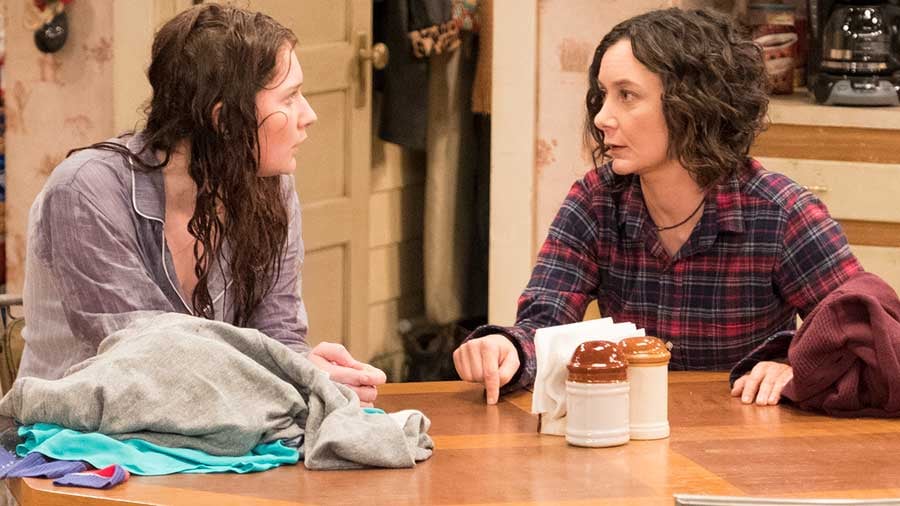 Gilbert is from a show business family. Her grandfather Harry Crane was co-creator of a little show called The Honeymooners and two of her four older half siblings, Melissa Gilbert and Jonathan Gilbert, were stars of Little House on the Prairie. She is best known for Roseanne, but Gilbert also appeared on Welcome to New York, ER, The Big Bang Theory and she co-hosts The Talk on CBS.

Related:
Wow, Sarah Gilbert Has Been Crazy-Busy Since Roseanne Ended

Kenney, on the other hand, is the only actor in her immediate family. She burst onto the acting scene when she was just 12 years old when she was cast as the fourth Gallagher child, Debbie, on Showtime's hit show Shameless. Other than Shameless and Roseanne, Kenney hasn't really been involved in many big projects. She only just turn 18 in 2017, though, so we suspect we'll be seeing this talented young woman for a long time to come.