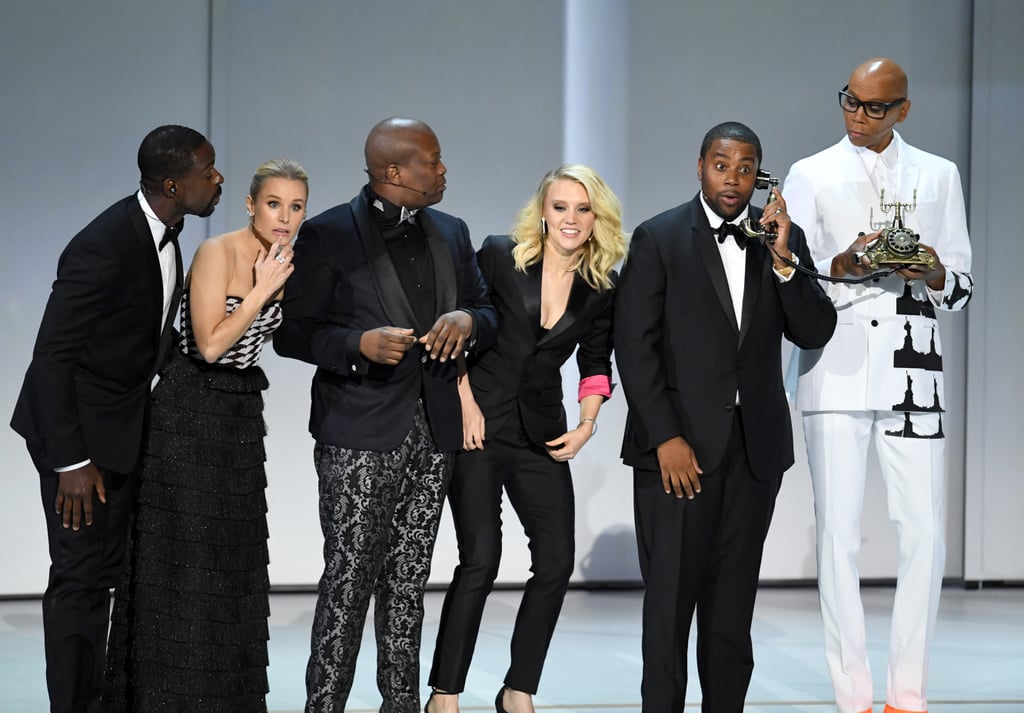 The Emmys kicked off with one hell of an opening number on Monday night that helped set the tone for the rest of the award show. Saturday Night Live vets Kate McKinnon and Kenan Thompson hit the stage to perform a song called "We Solved It" that hilariously (and sarcastically) called out Hollywood's diversity "fix."

"Diversity is not a problem in Hollywood anymore?" Kate asked, before her costar responded, "Nope, we solved it!" They were soon joined by Kristin Bell, Titus Burgess, Sterling K. Brown, and Ru Paul Charles, before Andy Samberg descended from a giant moon to try to be a part of the fun. "Is there any room in this song for a straight white guy like me?" he joked, before they kicked him off the stage and John Legend appeared to take it all home with his jaw-dropping vocals. "We solved it! Congratulations to you and me and me," he sang.

Watch it ahead, and keep an eye out for the "One of Each Dancers" at the end!