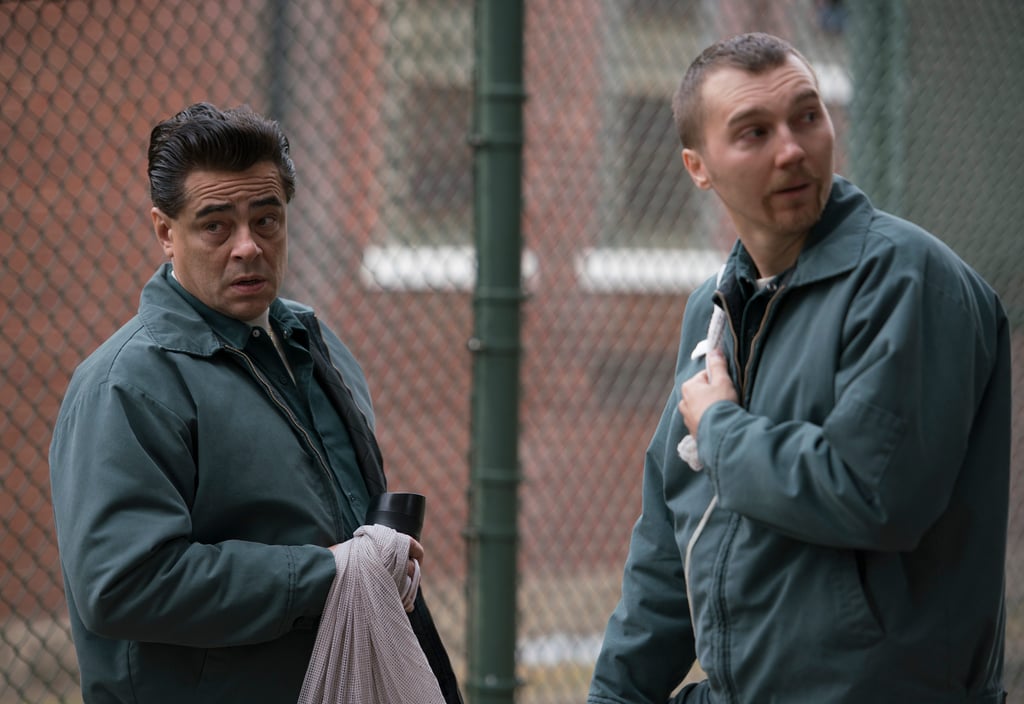 In June 2015, two convicted murderers, aided by a prison seamstress and guard, escaped from their jail cells at the Clinton Correctional Facility in Upstate New York after patiently using power tools to cut a breakout path by pipe. Often described as stranger than fiction, the prison break has been compared to The Shawshank Redemption, a film based on Stephen King's novella. Reporters likened it to the stuff of movies, and now it's actually receiving the onscreen treatment under the direction of Ben Stiller.

Debuting in November, the project, a Showtime miniseries titled Escape at Dannemora, stars Benicio del Toro, Patricia Arquette, Paul Dano, and Bonnie Hunt. The powerful cast will no doubt do justice to the harrowing story. Still, it's worth knowing the factual foundation of the show. The story possesses the quaintest details that add layers of intrigue, including sexual affairs, narcotic pills, and prison violations for artwork. Keep scrolling to learn the jaw-dropping details of the case.

Previous Next Start Slideshow
Escape At DannemoraTrue StoriesTV
Around The Web