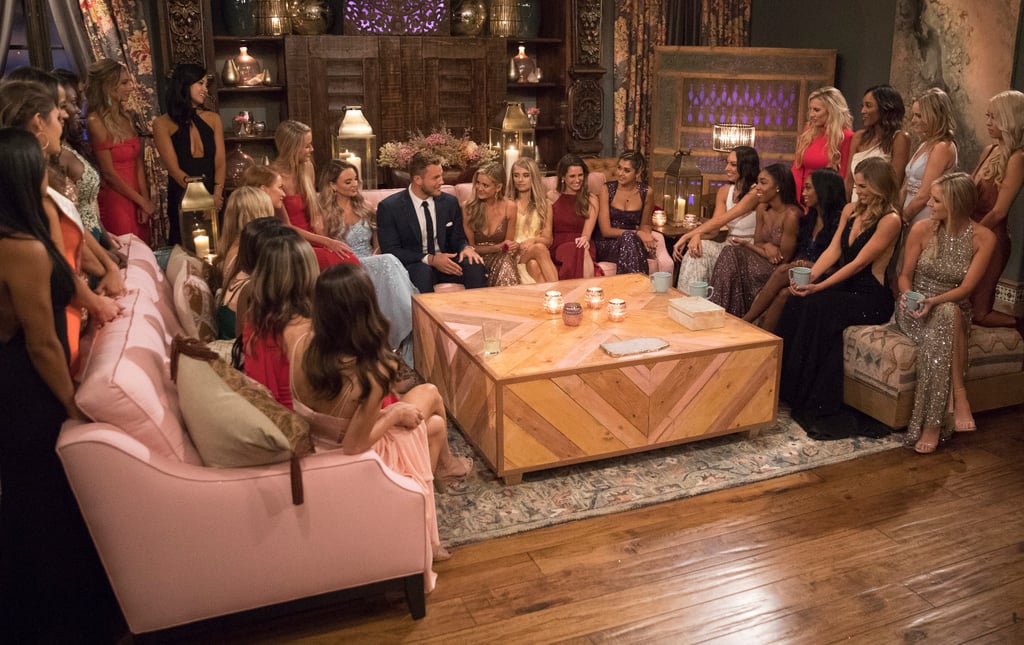 Anyone who's been paying attention to Colton Underwood's journey towards becoming The Bachelor had to have known that his virginity would play a big part in the season premiere. After all, ABC even promoted season 23 with a poster modelled after The 40-Year-Old Virgin. But still, Colton's virginity is brought up so many damn times over the course of the unnecessarily long episode — three hours, FYI — that the word has essentially lost all meaning for fans. I mean, a Twitter account dedicated to counting exactly how many times the word "virgin" is mentioned in each episode has even been created!

It didn't take long for the show's focus on Colton's very much intact v-card to irritate Bachelor Nation, to the point where Colton himself even tweeted that everyone should "hang in there" because we'll eventually find out "other things" about him. (Sure, Jan.)

I know the virginity thing is overplayed.... hang in there! You will find out other things about me, I promise.

If you found portions of your soul curling up and dying from secondhand embarrassment after watching all those cringey, virgin-themed limo entrances (the contestant who popped the cherry balloon is just . . . wow), thankfully you're not alone. See all of Bachelor Nation's best and most hilarious reactions to the whole shebang, ahead.