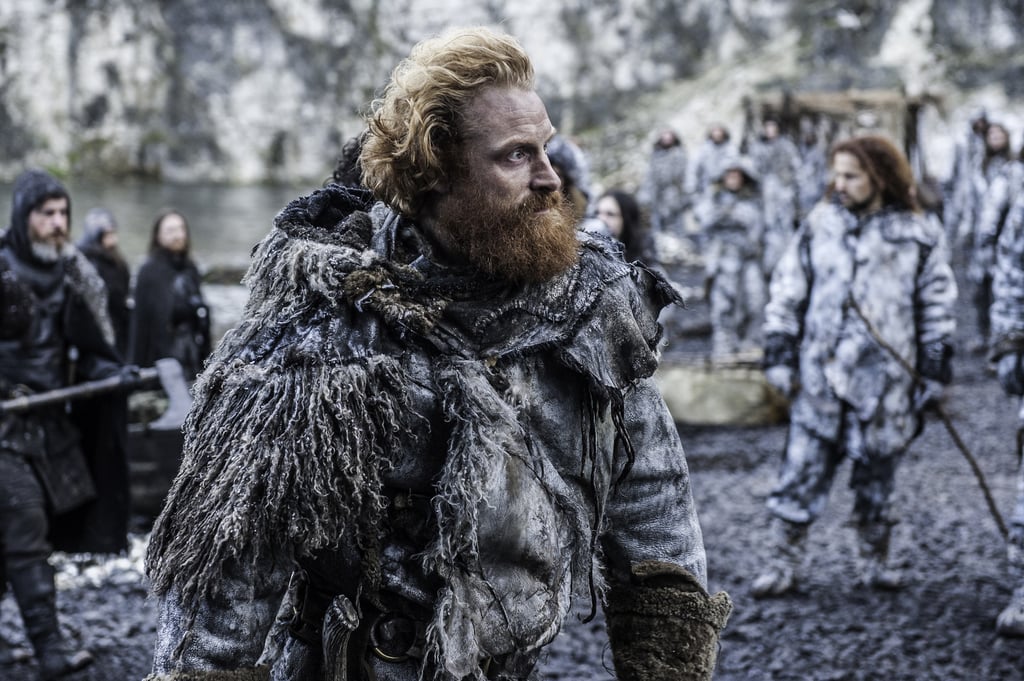 Game of Thrones Fans Are Now Rallying Behind Tormund After Brienne and Jaime's, Uh, Moment

Season eight's fourth episode of Game of Thrones finally gave the people what they want, but many fans are wondering at what cost. ICYMI: Jaime and Brienne sleep together after the feast that follows the Battle of Winterfell, and even though viewers have shipped the couple for several seasons now, the internet still has A LOT of thoughts about it.

The love triangle between Jaime, Brienne, and Tormund has been an underlying source of entertainment throughout much of the final season, but "The Last Stark" sees Brienne making a definitive choice — much to the dismay of Tormund Giantsbane, of course, who (quite hilariously) ends up pouring his heart out to the Hound just minutes after seeing Jaime follow Brienne out of the hall. Considering how Jaime and Brienne's love quickly goes up in flames, fans are naturally aligning themselves with Tormund and hoping that the newly knighted woman finally considers giving him a chance since Jaime is heading back to King's Landing and Tormund is staying up North.

Read ahead to check out what a few fans have to say about this pretty, err, complicated relationship.

Related:
Aw! We Might Have Just Seen the Last of Ghost the Direwolf on Game of Thrones
Previous Next Start Slideshow
Twitter ReactionsHBOGame Of ThronesTV