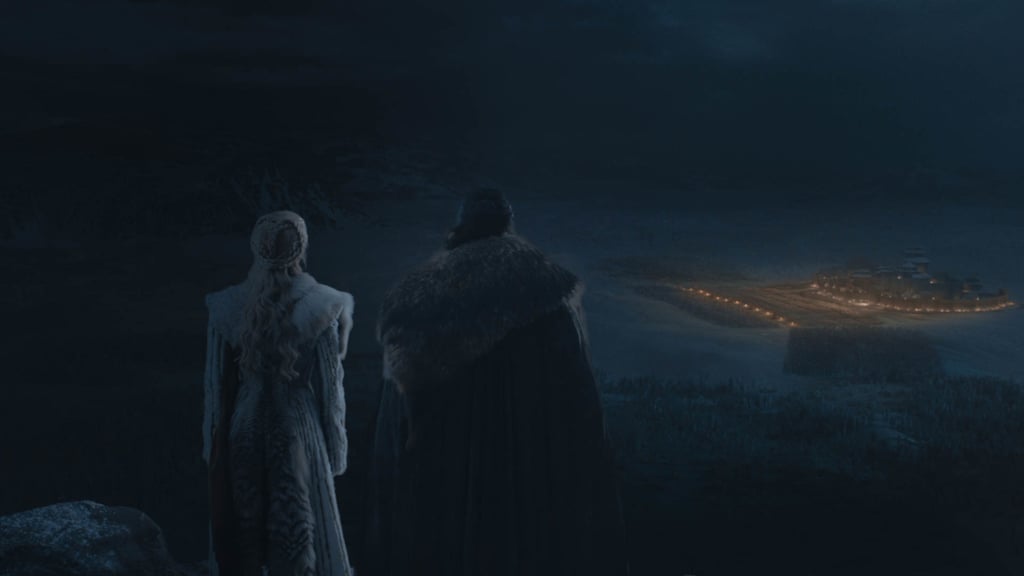 Game of Thrones Fans Brightened the Battle of Winterfell, and It's Basically a Different Episode

Well, good morning! Someone finally turned on the lights over at HBO. Following complaints about Game of Thrones being nearly impossible to see due to its dark cinematography, several fans have taken matters into their own hands by brightening up crucial scenes to get a larger sense of what was really going on during the final season's Battle of Winterfell.

Though there are likely other iterations floating around on the internet, Reddit user czmanix brightened up the gruesome crypt scene, as well as Jon Snow's dragon battle, which said user also slowed down. Meanwhile, the YouTube account Hivemind brightened the scene in which the Wights sprint across the battlefield to crash into the the Unsullied forces and the North's army guarding Winterfell. To really drive the point home, the original unedited scene plays simultaneously above the brightened scene. It's, um, an entirely different viewing experience, to say the least!

Jokes aside, the decision to make certain scenes appear so dark is a very intentional one. Cinematographer Robert McLachlan told Insider in 2017, "I think we're all very much on the same page where we're trying to be as naturalistic as possible." He added, "[We wanted] to make these sets and locations feel as if they're absolutely not lit by us, but only by Mother Nature or some candles so that it feels more naturalistic, albeit enhanced in some cases."

While we respect the show's creative vision, we're also not entirely mad at the fact that we're now able to pick up on more details we might have previously missed. Check out the videos ahead to see what was really going on while you were squinting.

Related:
Game of Thrones: 15 Important Questions We Still Have About the Battle of Winterfell
Previous Next Start Slideshow
HBOGame Of ThronesTV

Succession
The Succession Season 3 Cast Is Stacked! See Who's Joining and Who's Returning
by Monica Sisavat 17 hours ago