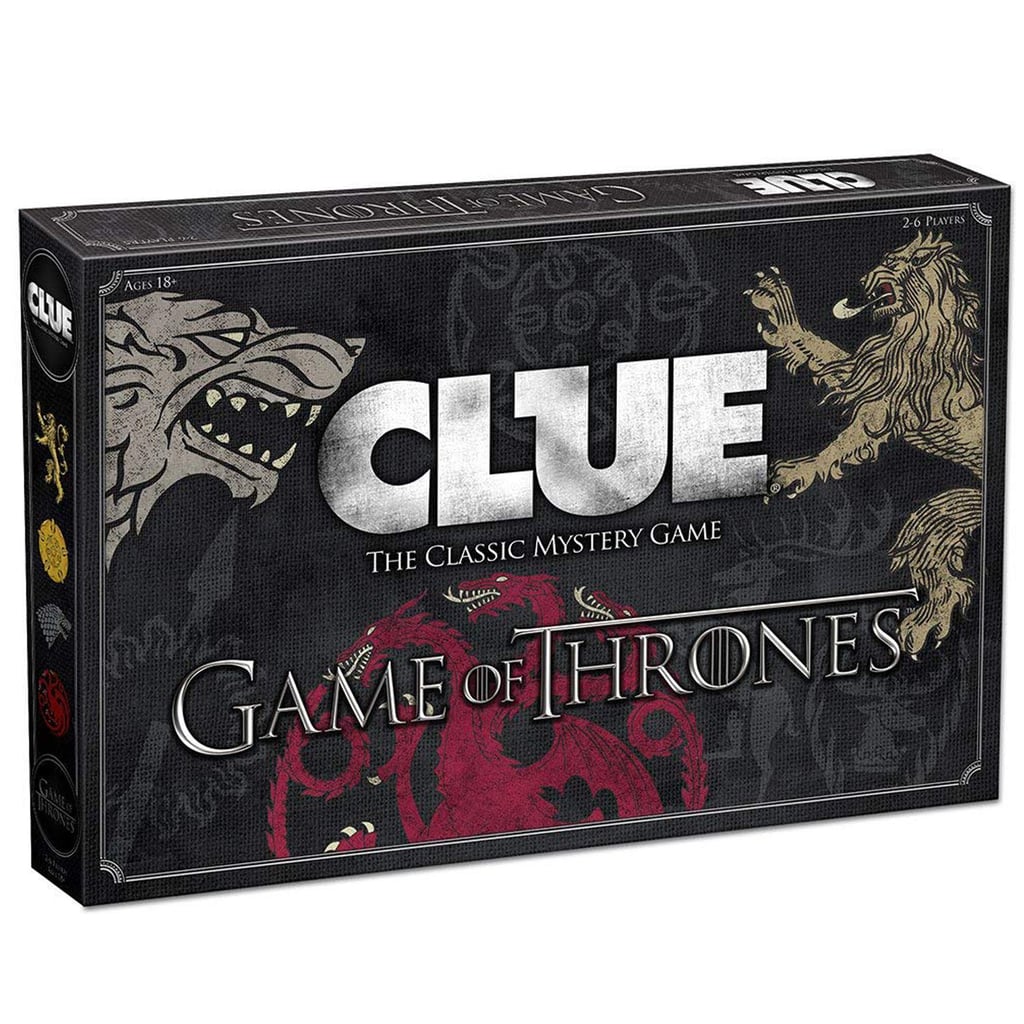 Murder is the true name of the game when it comes to Game of Thrones, with pretty much everyone plotting their revenge and watching their backs all at once. Game makers USAopoly have taken on the task of making the show's bloodiest moments family friendly with this Game of Thrones Clue Board Game ($44) — and we can't wait to guess who plans to kill Cersei.

The board itself is double-sided, featuring possible murder locations all over King's Landing. Complete with video game-quality graphics, both sides of the Thrones-themed board make it feel like you've jumped straight into a game of Dungeons and Dragons. Each board comes with six weapons from Westeros and 12 treasonous suspects, including Daenerys, Grey Worm, Missandei, Daario Naharis, and more.

For a show with so much carnage, there's often little mystery after the fact about who killed who and why — they all kind of had it coming. The truly captivating part is trying to figure out who's planning to whip out a valyrian steel axe or a dragonglass blade and take down one of their enemies next, which is why Clue is the perfect game to get out some of our anticipation about whose head will fall next. Shop the Thrones-inspired board ahead.