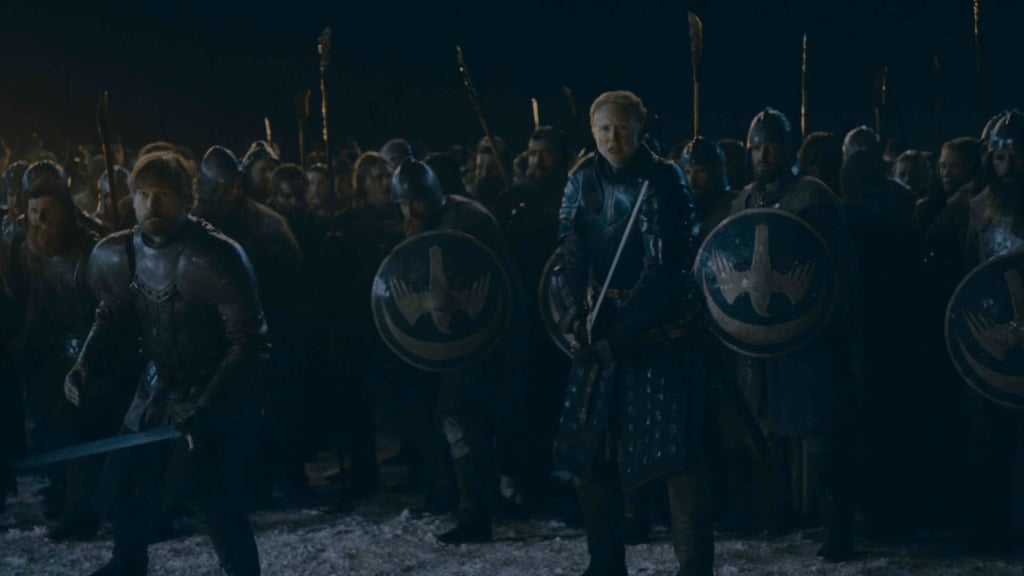 Game of Thrones Released Photos of the Battle of Winterfell, and We're Worried For Our Faves

The great Battle of Winterfell is upon us, Game of Thrones fans, and we're incredibly worried. It feels like every episode since season one has been leading us to this clash between the army of the living and the dead, and we're not even sure if it's going to go the way we've been expecting! With the Night King and his army of White Walkers and wights making their way to the Stark family grounds — and possibly coming straight for Bran Stark — there's a lot hinging on this battle. Especially the lives of all our favourite characters!

Keeping us on our toes, HBO shared several photos from the upcoming episode in the snowy North, which gives us much to anticipate for the third episode. The episode (whose title has not yet been released) is the longest Game of Thrones episode ever at 82 minutes, so schedule your pee breaks accordingly. The photos include shots of Jon and Daenerys overlooking Winterfell in the dead of night, Varys and Tyrion conspiring together in the Winterfell crypt, and Jaime and Brienne on the front lines of the army, looking particularly shaken. Check out the photos ahead and start praying to the Old Gods and the Seven. Winterfell needs all the help they can get.

Related:
Game of Thrones: The Night King Invades Winterfell in the Preview For Next Week's Episode
Previous Next Start Slideshow
Game Of ThronesTV