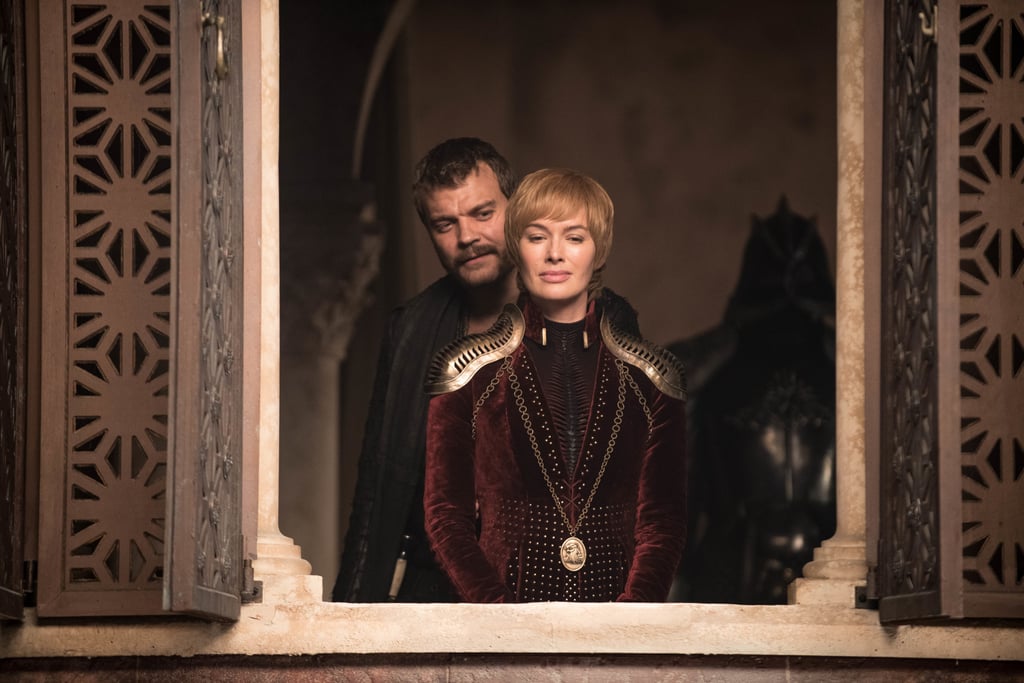 The Battle of Winterfell might be over, but the fight for the Iron Throne is just beginning. At least, that's what the new footage for the upcoming episode of Game of Thrones seems to tease, which is backed up by a batch of brand new photos that HBO released on May 1.

In King's Landing, Cersei and Euron survey the city from above (with the Mountain hovering ominously behind them, naturally). But the rest of the images check back in with the characters struggling to rebuild after the decimation of the Night King's invasion — the dead are given a funeral, Drogon returns, Jon Snow is boasting some bloody battle wounds, and Varys is helping figure out a new battle strategy.

Though we lost a handful of important characters at the icy hands of the wights and White Walkers, on the bright side, it seems like the North is ready for another fight. Check out every exciting photo ahead, and then be sure to read the latest theory about the show that has us guessing.

Related:
Game of Thrones: This Season 7 Scene Hints Bran Always Knew Who Arya Would Have to Kill
Previous Next Start Slideshow
Game Of ThronesTV