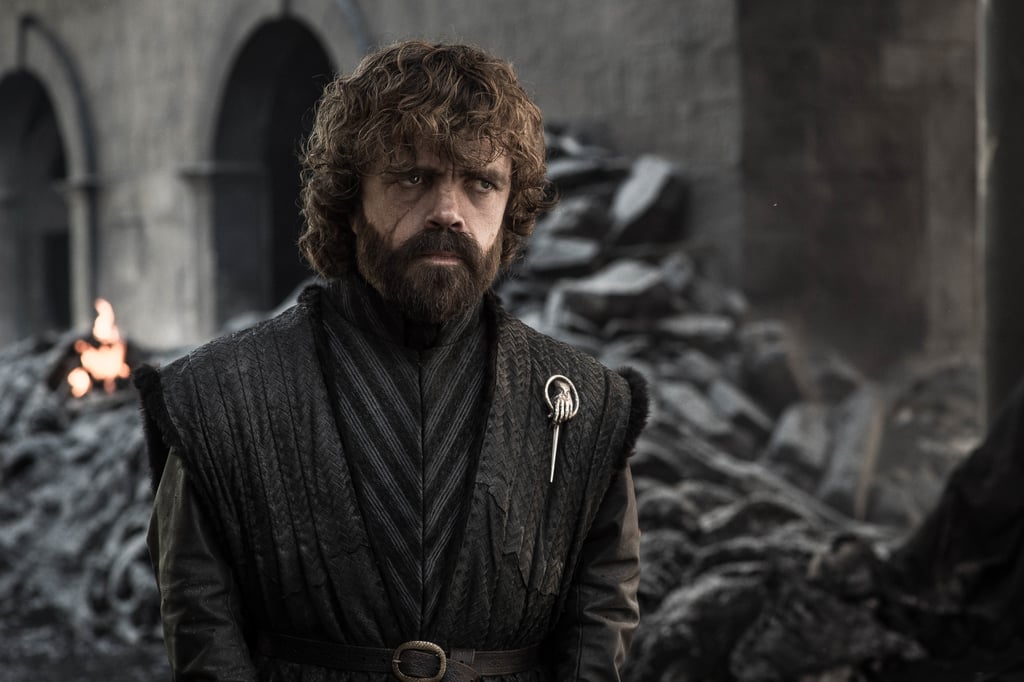 Need Something to Obsess Over? Here Are 2 New Photos From Game of Thrones' Last-Ever Episode

The last-ever episode of Game of Thrones is upon us, you guys. While part of me thought the day would never come, the tumultuous (and divisive) eighth and final season will wrap up on Sunday with a lengthy episode that presumably fills us in on the aftermath of Daenerys's reign of terror, as well as what will come of characters like Jon Snow, Sansa and Arya Stark, Tyrion Lannister, and whoever else is still alive at this point.

I wish I could say the two new photos that HBO released in anticipation of the episode gave us a hint of what to expect, but . . . well, they don't reveal all that much. In one, Tyrion looks shell-shocked as he wanders around the burned wreckage of King's Landing. In the other, Dany triumphantly surveys what remains of her Dothraki and Unsullied soldiers, as fires in King's Landing continue to smoke in the distance.

See if you can figure out anything else important by taking a closer look, ahead.

Related:
Game of Thrones: A Very Sad Guide to All the Major Characters Who Have Died in Season 8
Previous Next Start Slideshow
Game Of ThronesTV