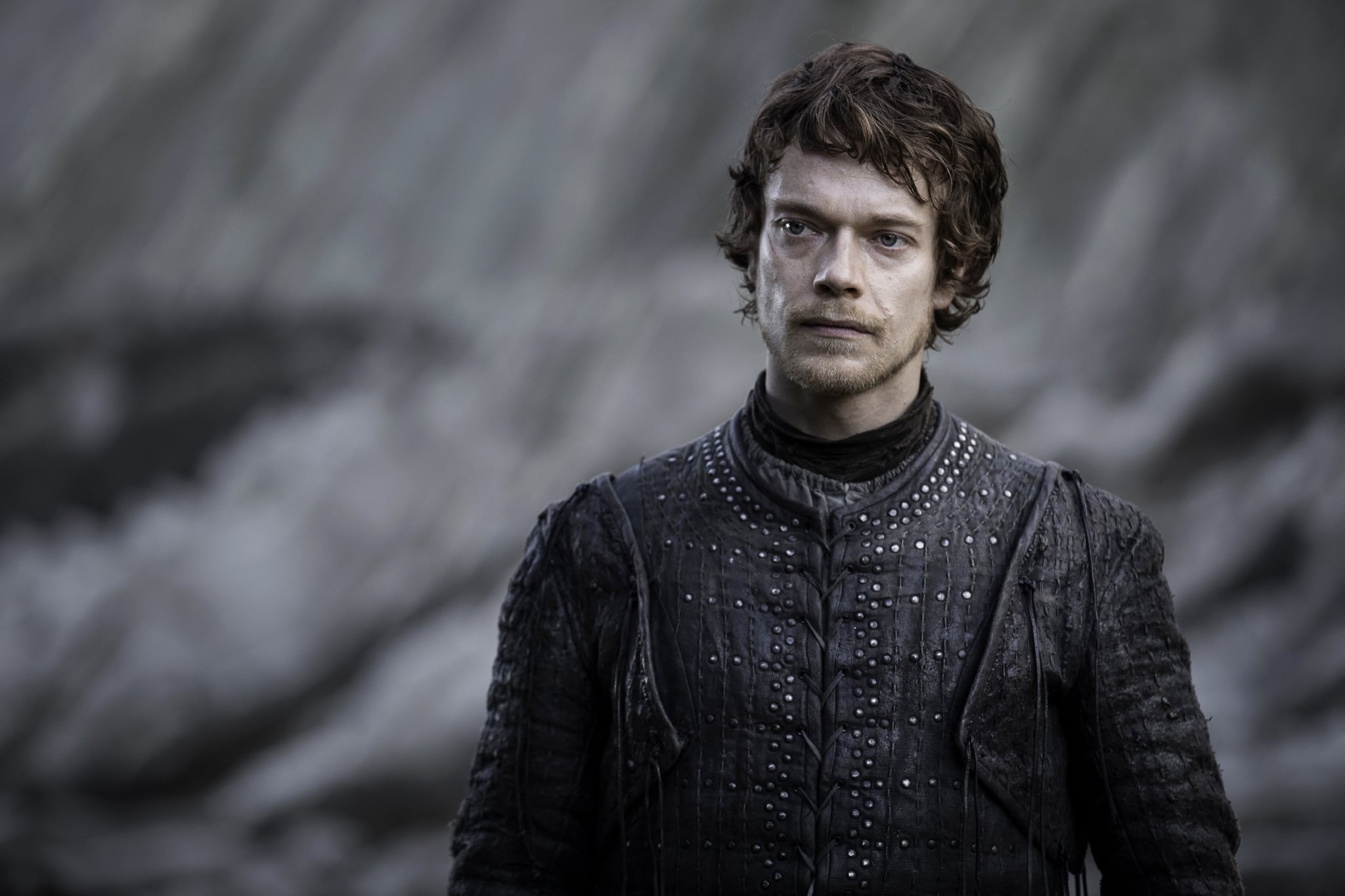 The premiere of the final season of Game of Thrones is getting closer every day, and fans all over the world are theorising, debating, and obsessing over how it will all shake out. But while some of us base our predictions on clues, foreshadowing, and sometimes just pure hope, others dive into the actual odds. The folks at Visme analysed real odds from the online betting site Bovada and the Myers–Briggs Type Indicator database to create some awesome infographics to visualise the possible answers to some of the biggest questions fans have going into season eight: who will die first, who would be the best ruler of Westeros (assuming someone actually does end up on the throne), and of course, who will end up on the Iron Throne?

Who Will Perish First in Season 8? 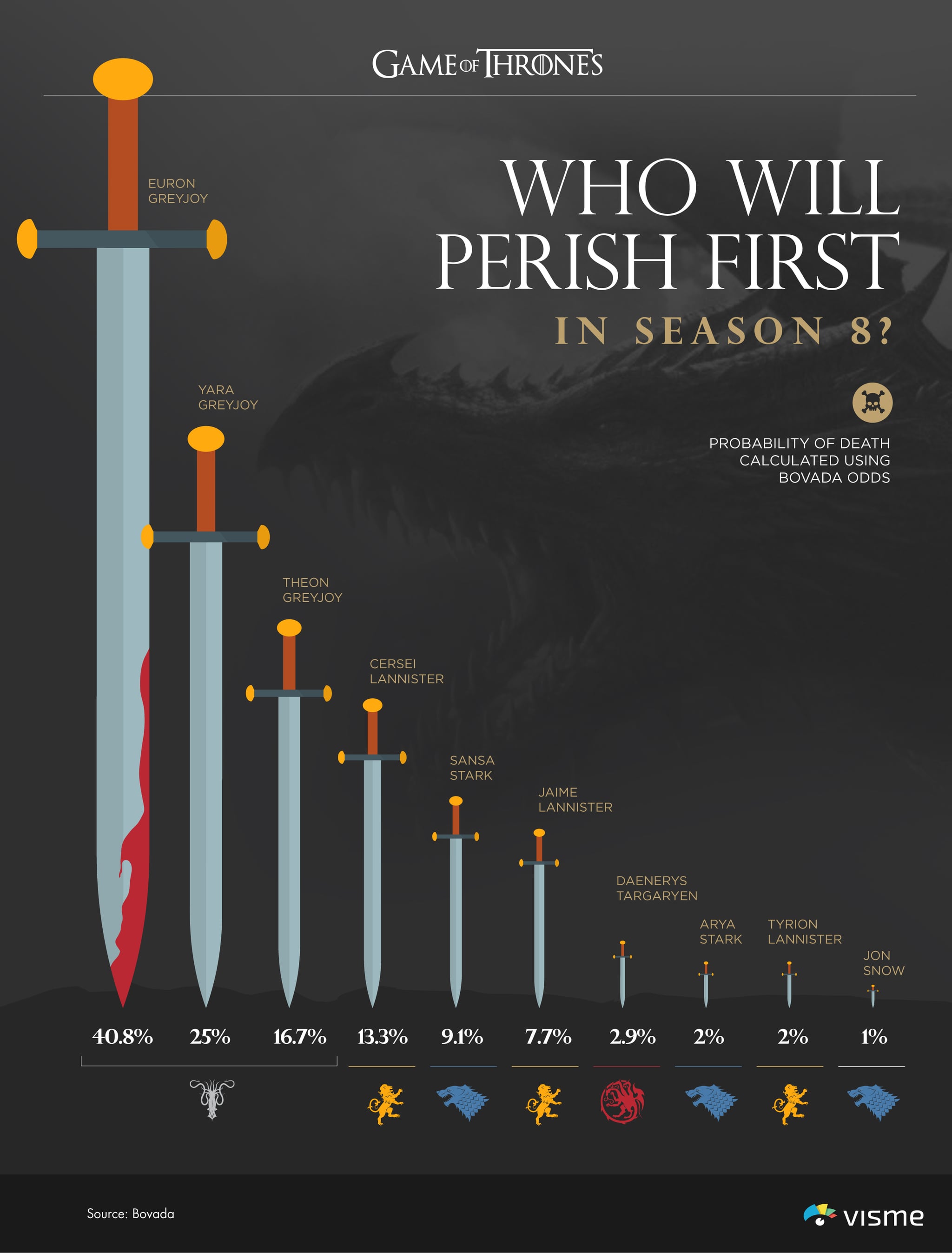 Image Source: Visme
Using betting data from Bovada, Visme analysed the odds to determine who will be the most likely to die first in the final season — and it's safe to say the odds aren't good for the Greyjoys. While we won't miss Euron at all, Yara and Theon have been through so much trying to keep themselves, their house, and each other alive, so let's hope they beat the odds. It's also looking pretty grim for the Lannisters, as all three remaining family members made this list.

Who Will Rule Westeros? 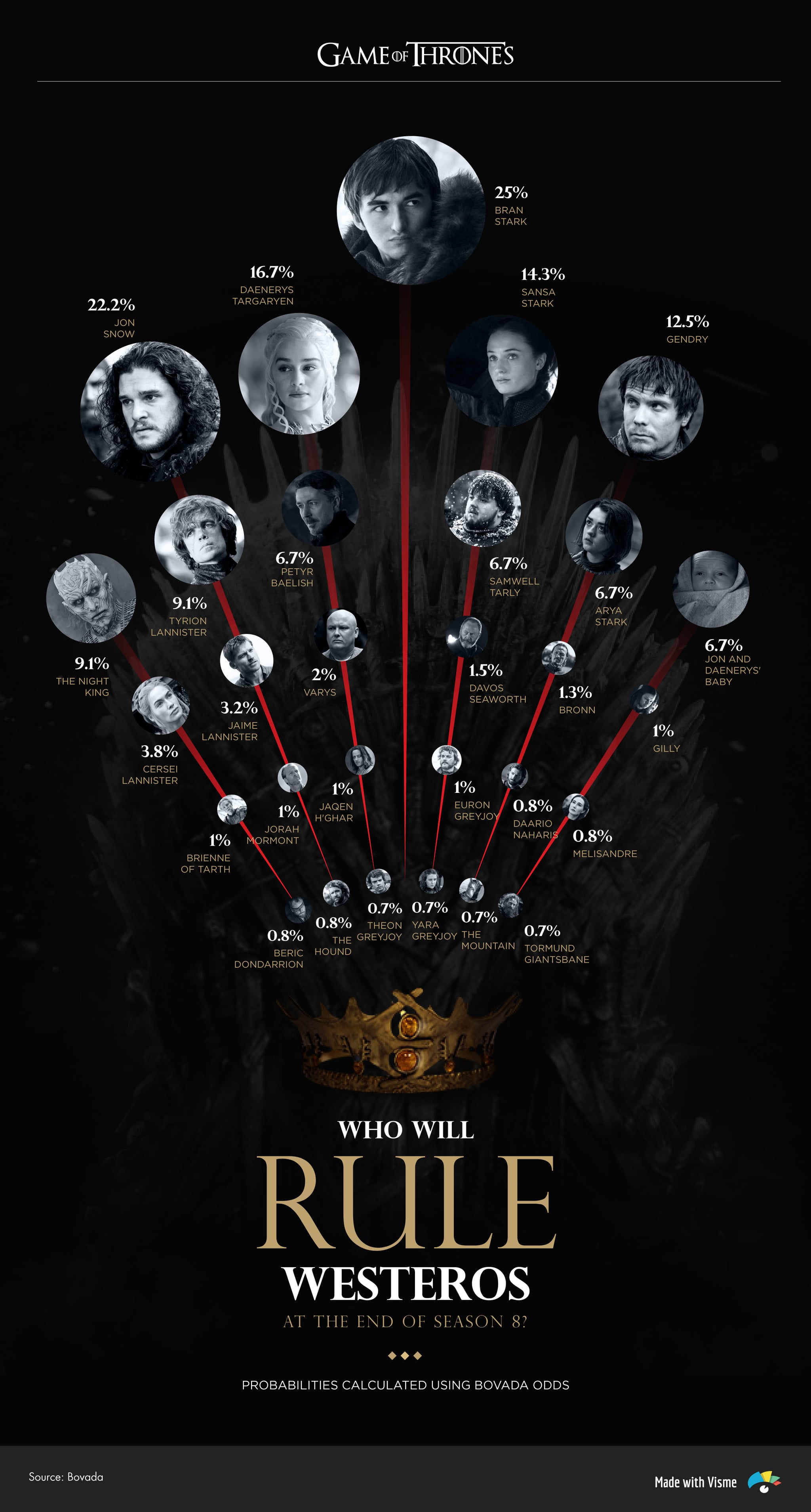 Image Source: Visme
The youngest remaining Stark is a favourite to rule the Seven Kingdoms, according to the odds used by Visme for this infographic. He might not be as entertaining of a ruler to have a drink with as someone like Daenerys or Tyrion, but considering Bran knows everything that's ever happened and is currently happening, maybe that's what Westeros needs?

Jon Snow comes in close behind his brother, and his paramour Daenerys Targaryen falls behind him by almost six percent — and don't think we didn't notice Ser Bronn of the freakin' Blackwater making the list with 1.3 percent. Imagine that reality.

Who Would Be the Most Effective Leader of Westeros? 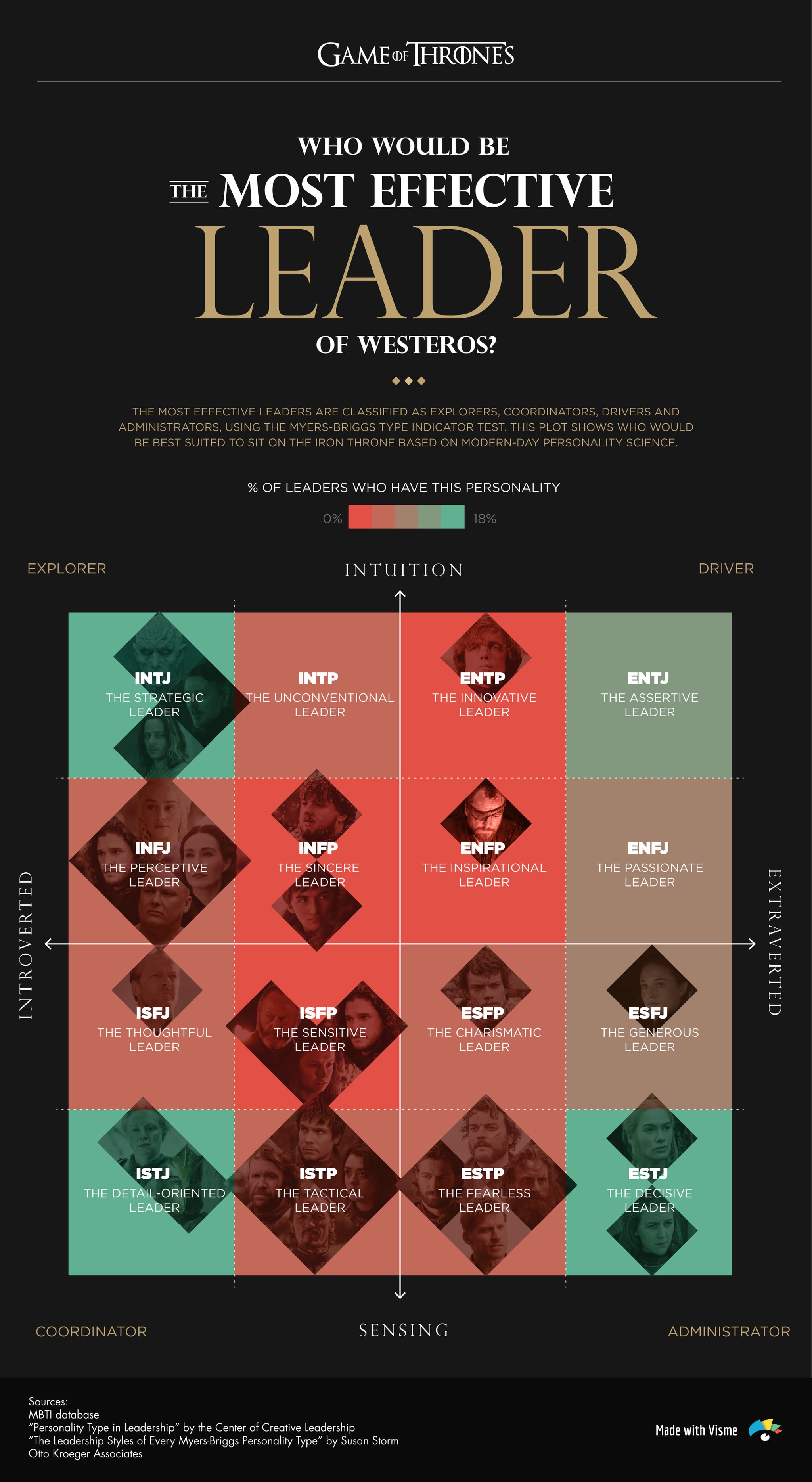 Image Source: Visme
This infographic dives deeper into the issue that likely causes some of the most heated debates among Game of Thrones fans: who would make the best (if not necessarily the most likely) ruler of Westeros? Using the 16 Meyers-Briggs personality types, Visme created a combined scale from most extroverted to most introverted and from most intuitive to most sensing. The most common leadership types are at each corner, and point to Brienne, Cersei, Yara, and even (eek!) the Night King as the most strategic, decisive, and detail-oriented rulers.

Game of Thrones season eight premieres on April 14 to give us all the answers (and inevitable emotional breakdowns) we've been waiting for.

Game Of ThronesTV
Around The Web