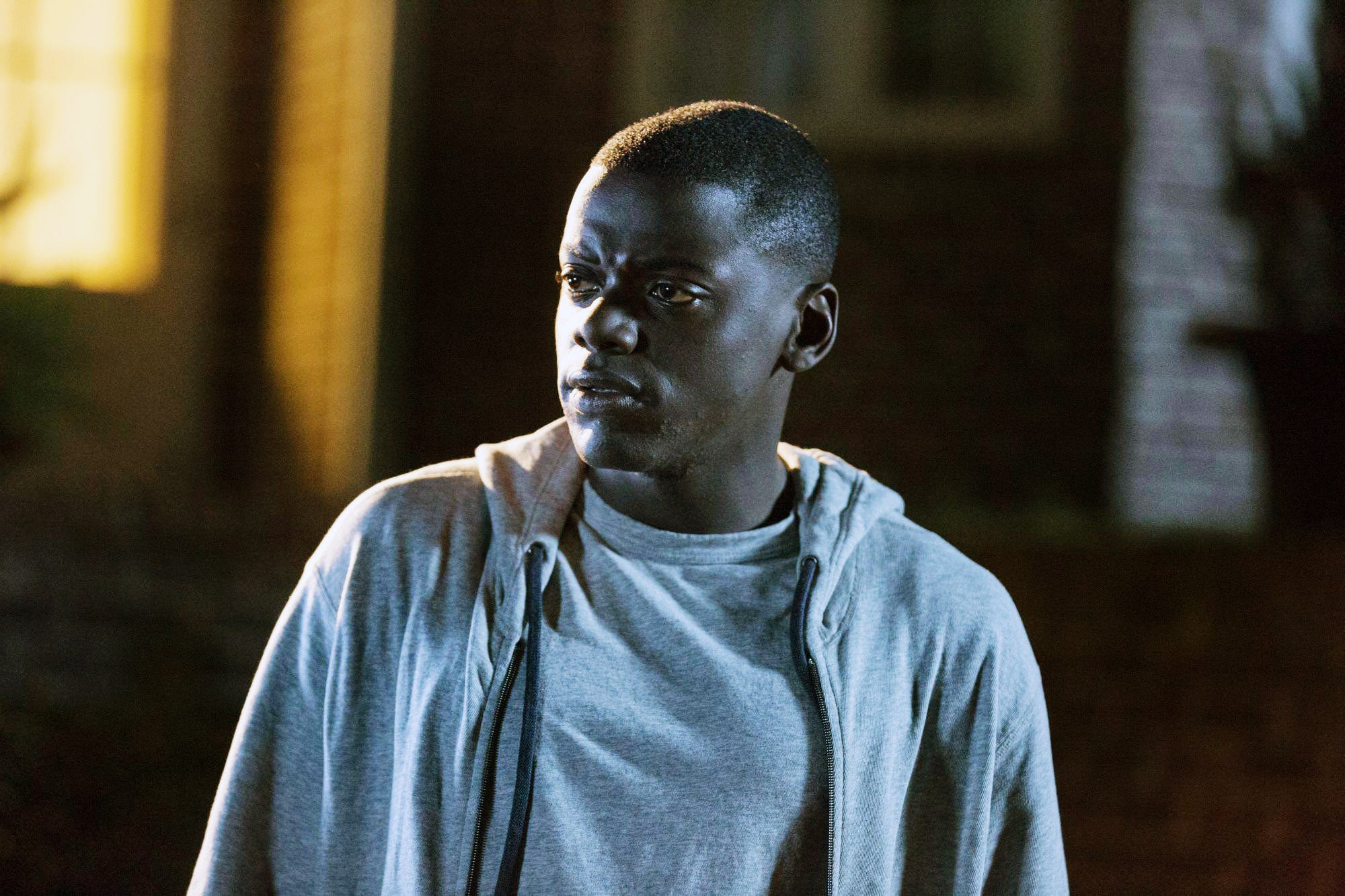 On the surface, Get Out is the fractured fairy tale of Chris Washington (Daniel Kaluuya), a black photographer visiting the familial home of his white girlfriend, Rose Armitage (Allison Williams), only to discover that her unctuously liberal family has dark motives. This alone is chilling, but what makes Get Out worthy of a sequel is that it also plays as social satire.

The film sheds light on the fact that racism goes beyond the blatant actions of the stereotypical Confederate-flag-waving villain. More often than not, the most damaging racism manifests itself in the soft sell ideas (such as standards of beauty) black Americans encounter every day. This is exactly why I prefer to categorize the film as a satirical thriller rather than a horror. By shining a light on a typically ignored aspect of racism, every image in the movie has a double meaning. In fact, each member of Rose's family comes armed with a weapon that mirrors the slings and arrows of racism minorities have faced throughout history.

Related:
Um, Jordan Peele Has a TON of Projects in the Works

While Get Out writer/director Jordan Peele has only spoken in theoretical terms regarding his intentions for a sequel, he has said it is something he would "seriously consider." Now that he's earned an Oscar for the film, it's time to delve into the possibilities!

The movie's climax and final imagery don't leave many loose ends, but they do give us a few strings that we can spin into yarn.

Theory No. 1: The Silver Spoon Effect

Even though the film appears to wrap itself up by having Chris's TA Agent friend, Rod, come to the rescue, the astute viewer leaves the movie only to wonder if Chris's experience with the Sunken Place makes him vulnerable to future manipulation.

Are there other people out there like Missy Armitage with the power to hypnotism him back into the Coagula Project? Are there annual auctions being conducted in every region of the country? When word of his escape reaches other auctioneers or the other transplanted whites such Logan King aka Andre Hayworth, will Chris be hunted down for fear that his survival threatens the existence of the Coagula Project?

The answers to these questions would make an interesting sequel and would continue the story in a fashion that keeps the audience engaged with Chris Washington's struggle.

Theory No. 2: Behold The Coagula

A prequel outlining the rise of the Coagula Project is the most obvious choice for a second Get Out movie. The story could follow the twisted life of Rose's grandfather, Roman Armitage, a bitter white man who channels his hatred toward the black community — brought on by a loss against Jesse Owens in the 1936 Olympics — into creating a revolutionary procedure that combines the white man's brains with the black man's brawn.

On the DVD commentary, Peele explains that the Armitage family and the auction attendees are members of a clandestine group descended from the Knights Templar, who spent centuries seeking the eternal life promised by the Holy Grail and finally achieving the desired result with the mind transplantation of the Coagula Project.

Peele has laid the groundwork for this in Get Out with the running references, the brainwashing videos, and Chris's early interactions with Rose's brother, who's seen holding the metal helmet of a knight. Combine this with the fact that "Behold the Coagula" is a nearly perfect anagram for "lobulated echo" — the notion of a mind divided — and we can see that the origins of this society are rife for sequel potential.

This is especially evident when dissecting how the phrase plays a role in Chris's escape. Coagula is a synonym for flocculent, which is a clump or tuft of wool or cotton — the actual substance that saves his life. Chris escapes the hypnotic trigger of the silver spoon against the teacup by "picking cotton" from the chair where he is bound in order to form earplugs that help stave off his enslavement. 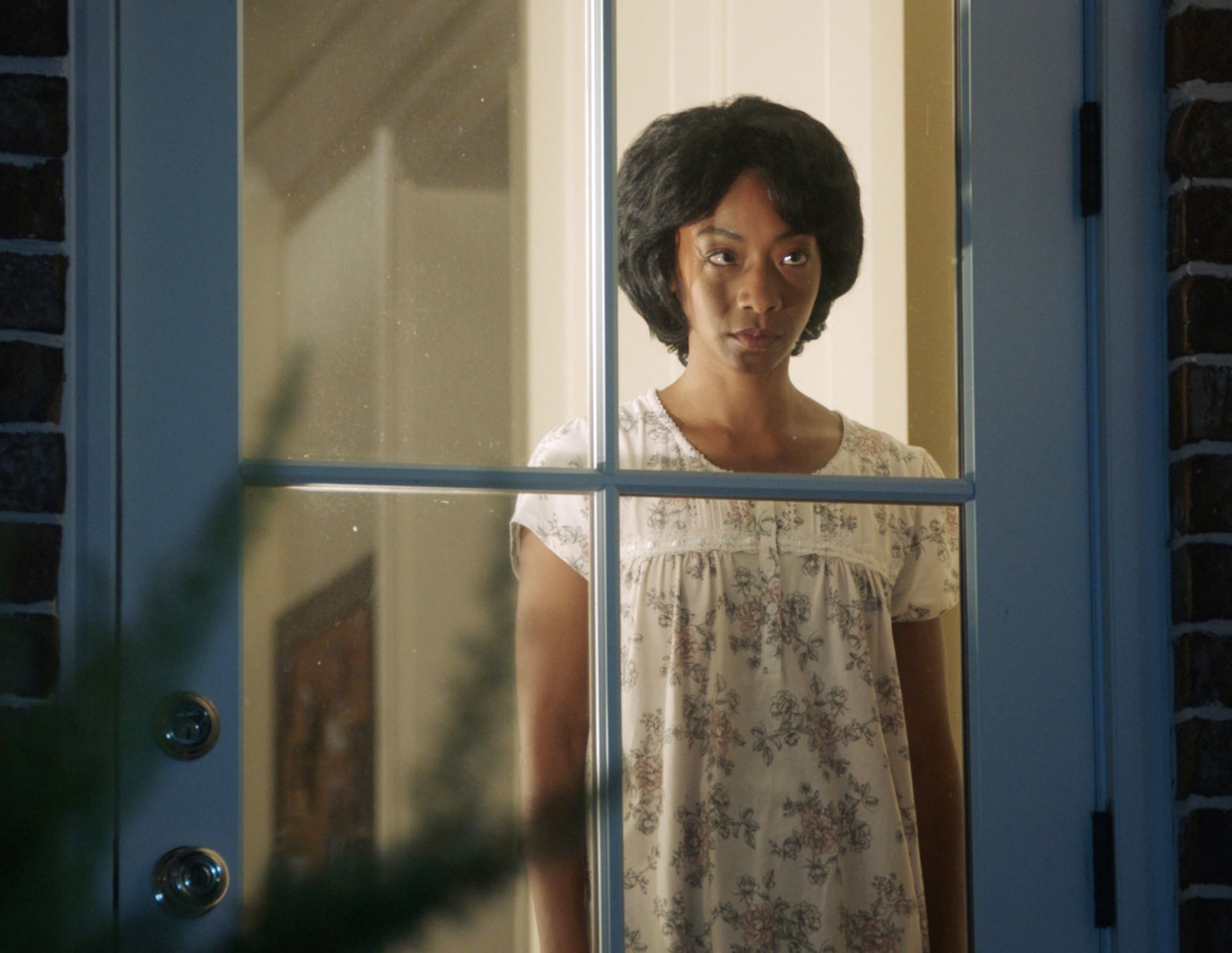 Theory No. 3: The Rise of Georgina

Chris hits Rose's grandmother, Georgina, with a car as he makes his escape, but we never see her die. Therefore, Georgina is a viable villain to rise and seek revenge just as Jason Voorhees's mother does in the original Friday the 13th movie.

Moreover, there's nothing stopping Peele from writing the tale Rose's Revenge. Her milk-sipping craziness is just creepy enough to warrant a miraculous rise from the dead that would allow the audience to see her restore the institutions behind the family's horrific brain swapping scheme. Maybe she manages to secure a black body of her own prior to dying.

I can see the title card already, Get Out 2: The Return.

Theory No. 4: The Grass Is Always Greener

With the benefits of extending one's life, come the problems of rebuilding that life in a new body. The unique wrinkle of the Coagula Project is that the whites who implant themselves into black hosts now have to deal with the actual issues of being black (since that's the visual aesthetic they present to the outside world). Could the second film explore that learning curve? Do the white participants in this program experience a culture shock? Would this new visual identity cause some participants to long for a reversal of the procedure?

Of course, the procedure itself brings about the question of what it means to be white or black. Are there consequences within our society when a black person "acts white" or when a white person "acts black"? What do either of those phrases mean?

Could this outsider's perspective of what it means to be black lead to the dissection of the subtle discrimination tactics blacks use against each other — such as lighter skin being valued over darker skin, straight hair being valued over natural hair, native Africans clashing with African Americans, et cetera?

These are all sensitive questions, but they are issues that many people of colour face on a daily basis. Some of which Peele has shown himself adept at handling on his television show, Key and Peele, so why not the big screen?

In a world where we are constantly challenging each other for being different, holding a microscope to some of these complex issues may help us understand what's required to draw closer together. We can only hope one or more of these topics are on Peele's agenda for the next installment. Unfortunately, as of this writing, neither Universal nor Jordan Peele have provided a firm confirmation on a sequel, but that won't keep us from crossing our fingers and toes!

Celebrity Interviews
Zendaya Wants to Make a "Love Story About 2 Black Girls" Without the Trauma — Yes, Please!
by Naledi Ushe 2 hours ago